It’s frightening. We never know when it’s going to happen or where it’s coming from.

No one has seen the cause of the booms, smelled it or found remnants of fireworks, and the calls we get don’t have enough specificity for us to find the source.

Alhambra City Manager Mark Yokoyama says his police department has received 114 calls about the strange explosions since February and he, his staff and the entire police force are baffled. Christopher Paulson, Alhambra director of administrative services, has plotted the reports on a city map and, although no clear central location has emerged, the highest number has been heard in the city’s northeast corner.

Yes, he’s already looked over there along with the Los Angeles County Department of Public Works (Alhambra is eight miles from downtown Los Angeles) and the Alameda Corridor-East Construction Authority. No construction sites have been using any type of explosives or conducting any excavations near gas lines that could have caused the booms.

What about all of that seismic equipment listening for the next big California earthquake? Jennifer Andrews, staff seismologist for California Institute of Technology’s Seismological Laboratory, says her equipment is sensitive enough to pick up thunder, fireworks and even truck rumblings but no unusual seismic activity was recorded during the times of the mysterious Alhambra booms. Christopher Paulson is puzzled.

Despite that, Paulson and other city officials are believers in the booms since they themselves heard a strange explosion in February right after a city council meeting. They’re waiting for a explanation too.

How can nearly 20 mysterious booms occur every month for six months in one city without any plausible cause emerging?

How about some implausible ones? Alhambra is named after Washington Irving's book, Tales of the Alhambra, which contains mythical stories Irving heard during his stay at the Alhambra palace in Granada, Spain. Irving also wrote The Legend of Sleepy Hollow. Could the modern-day Alhambra be cursed by its connection to Irving?

The original Alhambra was once the palace of Mohammed ben Al-Ahmar, founder of the last Muslim dynasty in Spain. After the Reconquista placed it in Christian hands, it became the palace of Ferdinand and Isabella of Christopher Columbus fame. Could some geographically-challenged terrorist be attempting to regain the wrong Alhambra?

Implausible? Sure, but it beats blaming aliens, doesn’t it? 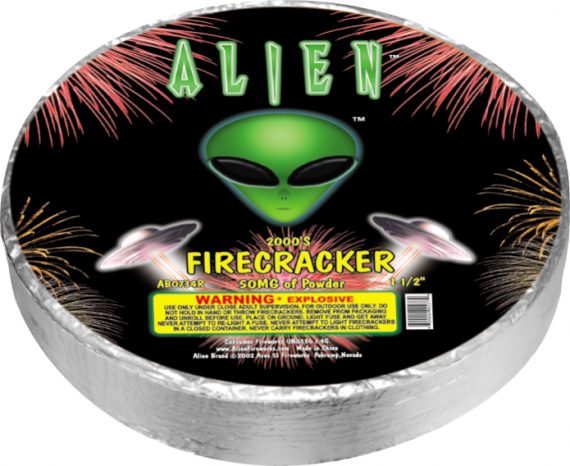