If you’ve ever attempted to take a date to the cemetery by saying “It’s a great place to look at the stars” (yeah, like I’m the only one who ever tried that line), you may have been following in the footsteps of prehistoric men (and possibly women) who actually crawled into tombs for a better view of the sky. Really!

Astronomer Fabio Silva from the University of Wales Trinity Saint David claims in his new study that prehistoric humans who buried remains in passage graves – underground tombs with walkways to enter and exit them – may have accidentally discovered during dawn or dusk rituals that the dark passageway blocked out ambient light and made stars and planets brighter, especially those near the horizon where the opening was pointing.

Besides blocking out light and narrowing the field of vision, Silva says the tomb would help the viewer’s eyes adjust to seeing better in darkness. To prove this, he led a team to Portugal where they entered 6,000-year-old passage graves, including the famous the seven-stone antas - megalithic tombs with a flat stone laid on top of six upright ones. These tombs’ passageways are aligned with Aldebaran in the Taurus constellation and may served as calendars.

To accurately time the first appearance of this star in the season, it is vital to be able to detect stars during twilight.

Stonehenge fans are already chiming in that their favorite monument is also aligned with the constellations and the sun. However, no one needs to come up with a reason to enter a tomb to use Stonehenge as a star guide. Silva describes what may have happened in prehistoric Portugal:

Imagine a young boy forced to spend the night in the passage – probably scared to death. In the morning he would see this star rise days before the rest of his tribe. That may have been presented as secret knowledge.

Whether these really were the reasons why the passage tombs were originally built is hard to say for sure. But this kind of ‘archaeoastronomy’ highlights the fact that human beings have always been fascinated by the stars and that sky-watching has had an important role in human society for millennia.

Spoken like a guy who knows a good pickup line when he hears one. 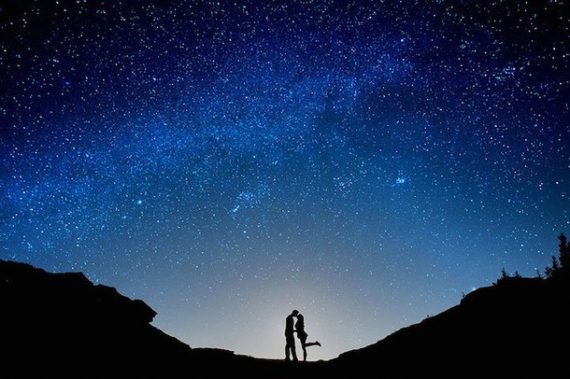 Crops Grown On ‘Martian’ Soil Are Safe To Eat