The Flying Monsters of Africa

The continent of Africa is the reported home of numerous unknown creatures and wild monsters. They range from Goliath-sized ape-men to lake-monsters and from dinosaur-like lizards to massive spiders. Africa is also the domain of more than a few large, winged, flying monsters. A wealth of such stories comes from the Bokaonde and Kaonde tribes of Zambia. It’s largely thanks to an early 20th century explorer, Frank H. Melland, that we know of the accounts of these immense and fearsome things.

Melland’s sources in the tribes told him that the most feared of all the monsters of the skies was the Kongamato. Its name means "overwhelmer [sic] of boats." The name is a very apt one, since it had the habit of swooping down on canoes and savagely attacking and killing those using them. It was a huge beast that lived in, and hunted in, the Jiundu swamps, and deeply terrified the people of the area. 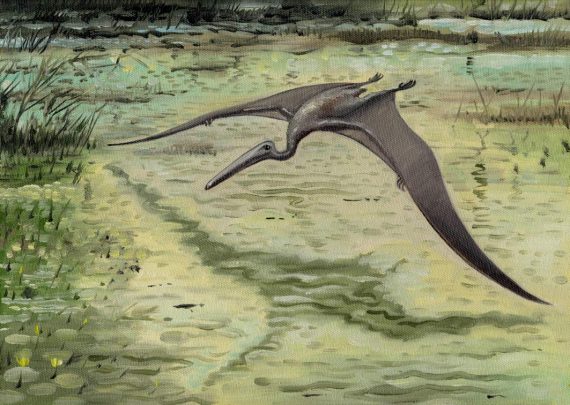 As for the appearance of the Kongamato, it looked somewhat like a bird – at first glance. That it utterly lacked feathers, however, and the fact that its red body was leathery-looking, was membranous, and had wings far more befitting those of a bat, suggests it was something else entirely. Moreover, its immense mouth was filled with sharp teeth that could slice a man in two in an instant, which is clearly not something typical of the average bird!

Acting purely on instinct, when Melland explored the area in 1924 – a trip which he chronicled in his 1923 book, In Witchbound Africa - he showed the local people artistic renditions of various presumed extinct pterosaurs, including one of a pterodactyl. On seeing the pictures, they cried one word, and one word only: "Kongamato!"

Very likely connected to the tales told by the Bokaonde and Kaonde tribes are similar accounts coming out of the Kitui Wakamaba people, also of Zambia. They told their stories to a man named A. Blayney Percival who, in 1928, penned A Game Ranger on Safari. So the Kitui Wakamaba said, they could always tell when one of the chiefly nocturnal creatures had landed near their villages, as they always left behind them, large, telltale tracks on the ground.

As with the data shared with Frank H. Melland a few years earlier, the Kitui Wakamba described their resident monster as large, leathery and possessed of huge, membranous wings. Such stories were also handed to, and faithfully recorded by, Colonel Charles R.S Pitman, the author of A Game Warden Takes Stock. On top of that, a well-respected ichthyologist, Dr. J.L.B. Smith, investigated a number of almost identical cases from Tanzania’s Mount Kilimanjaro. 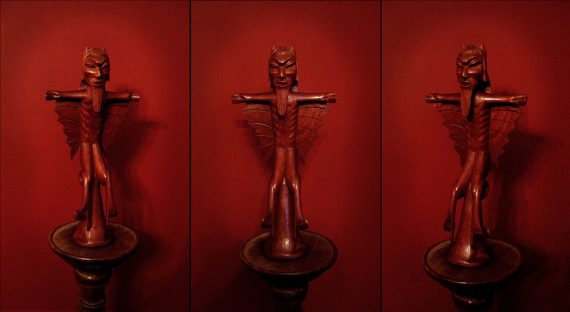 If one takes a trip along Africa’s Gold Coast, one is likely to eventually come across stories of the Susabonsam. To the locals, it very much resembles a massive bat. It’s notable that a revered cryptozoologist, Ivan Sanderson, wrote in his book, Investigating the Unexplained, that while wading in an African creek at some point in 1932, he was suddenly, and out of the blue, dive-bombed by an immense creature with a wingspan of around twelve feet.

As someone well acquainted with just about every animal under the sun, Sanderson knew exactly what the beast was. It was a bat, although one of previously unheard of, massive proportions. The precise location was Cameroon’s Assumbo Mountains. And Sanderson was not alone: also witness to the obscenely huge bat was a biologist named Gerald Russell, who shot at the animal but failed to kill it.

It was this close call with death that led Sanderson to ponder on an intriguing possibility. He began to wonder if the Kongamato, the Susabonsam, and a variety of other flying monsters reported in Africa were not surviving pterosaurs, after all. He came to suspect that each and every one of them may have been examples of giant, ferocious bats. In many respects, this makes a great deal of sense. After all, the idea of giant bats is far more plausible than surviving pockets of animals believed to have become extinct tens of millions of years ago.

Edgar Allan Poe: Time Traveler? The Story Behind This Meme is Legitimately Eerie