Shooting attacks are terrifying events. Sometimes they come from out of nowhere and for no apparent reason other than to sow terror, chaos, and death. Yet most of the time at least there is a clear, physical enemy; a villain we can fight back against or arrest to answer for their crimes. At least we can usually achieve some closure by catching or cutting down the source of the mayhem. However, this is not always the case. In one bizarre incident in the US state of New Jersey, a town was gripped with fear as a mysterious, phantom assailant went on a serial shooting spree, opening fire seemingly at random, and leaving behind no clues, evidence, or even bullets, as if both the attacker and his weapon were manifestations of some supernatural force.

Beginning in November of 1927, the area of Camden, New Jersey was visited by an enigmatic, seemingly ghostly force that terrorized the populace. In this month, several cars and even a city bus traveling along the Camden Bridge, also called the Federal Street Bridge, had their windshields shattered by what at first seemed to be bullets. In total, five vehicles would be shot at in this manner, and it at first seemed to be a straightforward case of gun shootings, yet inspection of the cars revealed no signs of any bullet fragments or shell casings, as if the bullets themselves had simply vanished without a trace. One of the victims of the attacks was none other than former State Senator Albert S. Woodruff. Luckily, none of the passengers of the vehicles were directly hit by a bullet, and the only injuries were from broken glass, but this was not the case with some of the authorities looking into the matter.

During an investigation into the mystery, one police officer by the name of John J. Rodgers was fired upon twice as he made his way across the bridge, with one of the projectiles hitting him directly in the back, hard enough to cause him to spin around before falling to the ground reeling in pain. In this case, the guilty projectile was found and oddly turned out to be a blue marble, although no on could figure out how it could have been fired with such spectacular velocity, especially from the distance it was deduced the shot must have travelled, and a thorough house to house search of the area as well as meticulous canvasing of the surroundings turned up no sign of a culprit. The shot that had missed was found to have left a considerable dent and chipped paint on the heavy steel railing of the bridge, further illustrating the sheer force which had propelled the marbles. The officer himself escaped with a wicked bruise on his back but otherwise unsettled but intact.

Despite the discovery of the marble, analysis of the smashed vehicle windshields of the vehicles that had been attacked led to authorities unanimously agreeing that the damage must have been caused by bullets, likely of a .22 or .25 caliber. But from where, and where had they gone? One idea was the shot fired on the city bus had perhaps come from inside the vehicle, but there were no fragments of bullets anywhere and authorities could not come to an agreement on this matter.

The attacks continued as various private automobiles, trolleys, and buses and taxis, as well as electric lights were fired upon by bullets that seemed to disappear. All in all, 11 vehicles were attacked in this manner, and in almost every case witnesses reported hearing no report of a gunshot. Additionally, no sign of any shooter in the afflicted areas could be found, indeed not even a decent vantage point from where such well-placed shots could be fired could be located. Baffled authorities were still trying to figure out what was going on when another series of phantom attacks was carried out, this time in various other locations. At a place called Cramer Hill, a store owned by a Gottlob Mayer was assaulted when its plate glass door was penetrated by an unknown missile. An investigation into the attack determined that the projectile had definitely been fired from outside, but no trace of any bullet fragments or sign of any other projectile such as a metal ball, ball bearing, or marble could be found on the premises despite a thorough scouring of every inch of floor, as if it had vanished into thin air. Once again, there was no report of any one hearing the boom of a gun being fired, and no one from the fire station across the street had heard or seen anything either. 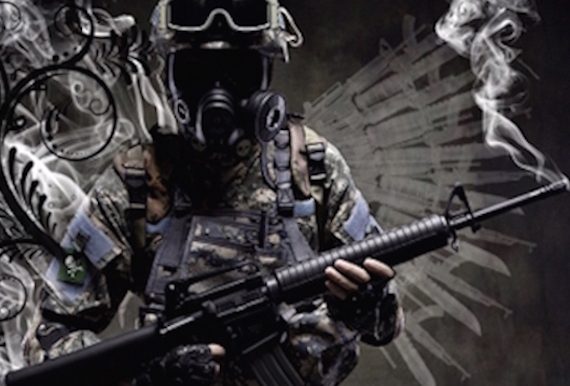 Similar phantom attacks were reported from Collingswood and Lindenwood, New Jersey as well, yet in all of the cases no sound of gunfire nor evidence of any bullet could be found, further puzzling authorities. In some of the cases, unconventional projectiles were found at the scene, such as a nickel-plated screw and more marbles, but police were not sure if these were the work of the real phantom sniper or a copycat. For the most part, authorities were completely at a loss as to what was going on. The best guess that anyone could come up with was that someone was using some sort of high powered air gun or slingshot to carry out the attacks, but this was counter to the amount of damage caused, which seemed very much as if it had come from bullets. Additionally, there was no type of airgun or slingshot known to police at the time that could account for the sheer force with which the projectiles had apparently been fired. Another prevailing theory was that the mystery assailant was using a type of sophisticated silencer.

Authorities desperately searching for answers were only presented with a very few clues. In one case, police came up with a young boy who they thought may have shot at passing vehicles through a window located not far from the bridge, but there could be found no clue as to how he had projected the missiles with such force nor how he could have been responsible for the other attacks. In the meantime, the locals were getting increasingly panicked by the phantom shooter, who had not caused any fatalities but to most it was just a matter of time. It seemed as if the seemingly ghostly shooter could strike at any time and any place, and no one was ever sure if its sights were being set on them at any given moment. People were afraid to go out of their houses, and most avoided the bridge altogether. It is thought that it is this very desperate panic that may have caused copycats to come out of the woodwork to take advantage of the chaos, which further muddies the waters when trying to reach a conclusion on this case.

Another possible lead came in the form of a mysterious incident that occurred when a shot pierced the bedroom window of two young women sleeping in their bedroom at around 4:30AM. In this case, the victims explained that they had seen a strange man lurking on the street outside their home, who ran away with astonishing speed. One of the victims would say of the situation thus:

We saw a man with a gun, standing across the street. He was looking up at our window. As we looked, he broke into a run. He reached the corner and I heard him say to another man: ‘It’s all right now, Louie. 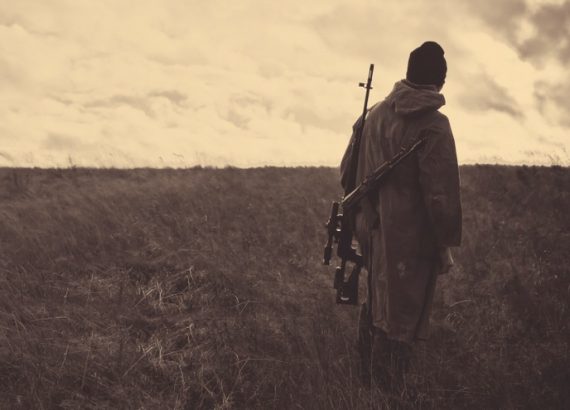 The mysterious man was described as being very tall and fleet of foot for his size, easily scampering away into the darkness. It is unknown who the enigmatic “Louie” may be. In this case, a projectile of sorts was actually found, in the form of a .32 caliber bullet found on the bedroom floor. Even so, police were unable to identify the perpetrator or figure out where the bullet had come from. It could not even be accurately deduced from which direction it had entered the room. The rampant panic of the area continued until suddenly the attacks just suddenly stopped in 1928, leaving authorities no closer to solving the case than they had ever been. The whole incident remains a compelling mystery and is still unexplained.

Who was this mysterious shooter and how were they able to so effectively evade police? Indeed, what happened to the bullets, which seemed to be just as spectral as the assailant? This is a bizarre case that still inspires speculation to this day, and no shooter or sign of his phantom bullets have ever been found. It seems that in some cases, shooters can not only come from nowhere, but disappear into nowhere as well.

Monsters, Mysteries and Marvels of the Amazon