Out of the darkened mists of the early twentieth century, a remarkable, and enduring literary device was born from within the written works of horror author Howard Phillips Lovecraft. Nearly as rich and recognizable as his most famous terrible, tentacled creation, Cthulhu, this secondary fictional creation involved a long dreaded “book of the dead”, from which all manner of spell craft and wickedness could be attained.

This book was, of course, that most unholy tome of the “Mad Arab” Abdul Alhazred, the dreaded Necronomicon. In his collected correspondences, Lovecraft at one point described the book thusly:

“About the “terrible and forbidden books” — I am forced to say that most of them are purely imaginary. There never was any Abdul Alhazred or Necronomicon, for I invented these names myself. Robert Bloch devised the idea of Ludvig Prinn and his De Vermis Mysteriis, while the Book of Eibon is an invention of Clark Ashton Smith’s. Robert E. Howard is responsible for Friedrich von Junzt and his Unaussprechlichen Kulten…. As for seriously-written books on dark, occult, and supernatural themes — in all truth they don’t amount to much. That is why it’s more fun to invent mythical works like the Necronomicon and Book of Eibon.”

The Necronomicon was never really intended to be taken for anything more than a pure creation from the mind of the master of horror himself. That is, until 1977, when a peculiar publication appeared, professing to be an actual translation of a similar — if not the very same — text so widely regarded as having been fiction. 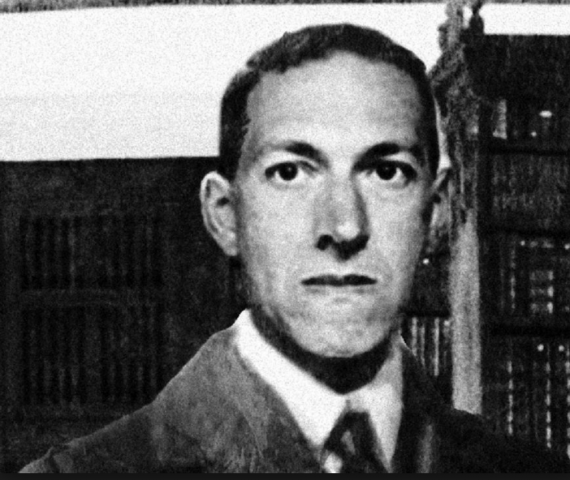 The eerie grimoire was attributed to no known author, instead featuring only a curious introduction by an individual calling himself "Simon". The mythologies contained within the tome obviously did borrow from Lovecraft’s work, blending with them the “magickal” influences of Aleister Crowley, as well as a number of spiritual traditions of the ancient Middle East. While authentic in appearance, the fact that so little further information seemed to exist that detailed its true history was indeed troubling.

Khem Caigan, the artist whose work appears in the book, and Alan Cabal were both part of the neopagan community in the 1970s, the hub for which in New York had been the Magical Childe bookstore, ran by occultist Herman Slater. Both Caigan and Cabal have expressed that it was widely known in the community that the “Simon Necronomicon” was essentially a hoax... but whose, exactly?

Offering his perspectives on the Simon Necronomicon’s origins, John Steadman, author of the book H.P. Lovecraft and the Black Magickal Tradition: The Master of Horror’s Influence on Modern Occultism, traces the history of criticisms against the book’s authenticity thusly:

“The Simon Necronomicon has been widely criticized in occult circles almost from the first moment it was published. Most of the recent criticisms have appeared in various ephemeral online publications and postings over the years. The most ambitious critique is offered by John Wisdom Gonce III, a neopagan who claims to be a worshipper of the Sumerian deities, particularly the goddess INANNA, and co-author of the book The Necronomicon Files (2003).”

According to Steadman, Gonce's primary issues with the Simon Necronomicon involve his doubt that the book is indeed of Sumerian origins, further doubting that the book’s author, “Simon” even existed. Finally, the original manuscript upon which the “Simon” translation was purportedly based has never surfaced.

Steadman notes that Michael Hubak and Steven Capo, a pair of book thieves that were indicted back in 1973, were considered part of the original “inner circle” as far as Simon’s acquisition of the Necronomicon text. Originally discovered in the apartment of Andrew Prazsky of the Autocephalous Slavonic Orthodox Church, the mysterious “Simon” managed to make copies of the manuscript, which he said were translated from their original Cyrillic by members of the congregation who were fluent in Greek. After this, the original manuscript reportedly vanished in conjunction with Hubak and Capo’s arrest, and was never recovered. 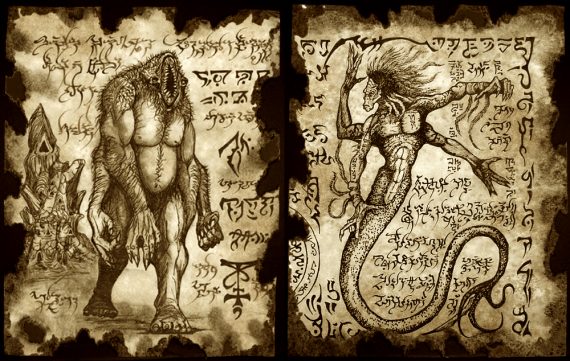 Is this the final word on the “lost” manuscript known as the Necronomicon? Perhaps not, since one of the lasting items of intrigue pertaining to the origins of the 1977 Simon Necronomicon has to do with the true identity of its namesake; who, in other words, was “Simon”, and was this individual actually the creator of the strange contents found within the book?

Peter H. Gilmore, High Priest of the Church of Satan, described learning that Simon was, in fact, a real individual, based on his own personal interactions with Herman Slater decades ago:

“In my conversations with Herman Slater, the owner of the Magickal Childe, he noted that “Simon” did exist, but hinted that his stated pedigree was about as authentic as that of the Necronomicon invented by Lovecraft. Slater recounted that, over the years, customers to his shop continually asked for copies of this book mentioned in Lovecraft’s tales. So a market clearly existed for a ritual book that somehow might be passed off as authentic—if it were somewhat like that mentioned by HPL. The book thus fabricated by the mysterious Simon is an artful blend of pseudo-Sumerian and Goetic ritual, with names crafted to resemble those of Lovecraft’s invented monster gods. More importantly for many would be Black Magicians who bought copies, it had performable rites and plenty of arcane sigils. It was more than enough to sucker-in the gullible and it still sells well today.”

Another interesting suggestion that has surfaced over the years, with regard to Simon’s true identity, actually involves one of the other key players in the Necronomicon affair. According to the story given by “Simon”, at the time of the original manuscript’s discovery he had been joined by none other than author and researcher Peter Levenda, whose book Unholy Alliance dealt with occult beliefs held by the Nazis, and is well regarded as one of the finest books on the subject. Levenda has authored a number of other books over the years that deal with the occult and its relationship to politics and world affairs, though perhaps one of Levenda’s most unusual attributions can be found courtesy of the U.S. Copyright Office: according to the agency’s records, the registration for Simon's Gates of the Necronomicon does, in fact, have a listing for the author as “Peter Levenda (Simon, pseud.)." 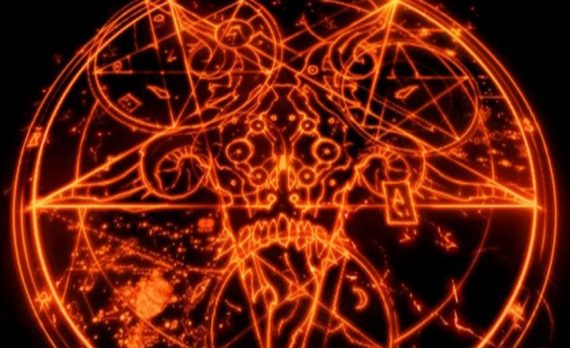 While this would seem to settle the matter once and for all, Levenda actually gave an explanation for this odd revelation, during a May 2009 interview with Ian Punnett on the late night program Coast to Coast AM. Denying that he was, in fact, the mysterious individual known as “Simon”, he nonetheless expressed that he had known Simon, and worked with him on the publication of his books (Levenda’s name actually appears in the U.S. Copyright records for two books authored by Simon: The Gates of the Necronomicon and Papal Magic). In other interviews, Levenda has similarly explained that he had agreed to front for Simon, who simply must refrain from appearing on such copyright records in order to protect his identity from ultimate discovery. It’s not surprising in the least though, really, that someone of Levenda’s wit and knowledge had at least been involved with the project to some degree; whatever that might have actually entailed.

Perhaps we’ll never know the entire history of the Simon Necronomicon, though arguably, the biggest takeaway about all this, of course, is that the Simon Necronomicon is not to be confused with being the “real” version of Lovecraft’s creation in any sense, despite possessing a similar name. One is a fictional creation; the other is, and will remain an odd, yet enigmatic footnote in the history of American new age occultism.