The Strange Elephant Humanoids of Australia

Australia surely has its share of uniquely evolved, strange creatures. Yet what it isn't usually known for is its bipedal, elephant-like humanoid beasts. Starting from the late 1960s, one area of New South Wales was plagued with a series of sightings of something wholly unlike anything else known to inhabit these lands, and which not only stirred up a media frenzy but became one of the weirdest cryptozoological mysteries of all time.

The bizarre tale of the elephantine humanoids begins with the first sighting in 1968. It was in this year on April 3 that a woman named Mabel Walsh was visiting Narrabeen Lake, which is a rainforest choked estuary along Sydney’s northern beach in New South Wales, Australia, when she saw a peculiar sight. Walsh had been driving with her nephew along a stretch of the Wakehurst Parkway, which parallels the lake, when she says they saw a strange humanoid creature wading about out in shallow water. The creature was described as being bipedal, around 4 feet tall, with rough, grey leathery wrinkled skin like that of an elephant and legs that were stout, round and thick, with a set of forelegs that were noticeably shorter. Walsh explained that whatever it was had a snouted head that looked somewhat like that of an anteater and had small eyes. She could not recall seeing a tail or ears on the beast.

According to the eyewitnesses, upon realizing it was not alone it launched out of the water onto shore and shambled sideways surprisingly quickly in a weird shuffling gait on two legs into the underbrush along the lakeshore. Walsh claimed that they only saw the creature for a few seconds, but were convinced it was like nothing they had ever seen. They stopped the car to investigate, but by the time Walsh reached the spot where they had seen the creature it was long gone. She claimed that since she had been in a hurry to bring her nephew to the airport she was unable to contact authorities at the time, but that she intended to return to the lake in the hopes of seeing it again although it is unclear if she ever did.

A similar creature would make an appearance in April of 1971, when two fishermen claimed to have seen something very much like it. The fishermen claimed that they had been night fishing at Narrabeen Lake when they heard something large sloshing through the water. When they raised a kerosene lantern to peer into the dark, they saw by its flickering light a hulking, grey creature that had leathery skin and a trunk like an elephant. The strange brute was described as splashing through the shallow water on two feet and out of sight. Interestingly, later that same evening a woman claimed that she had been woken up by what she described as a “terrible gurgling noise,” although she didn’t actually see the creature and it is unclear what relationship it had to the creature that was seen by the fishermen. 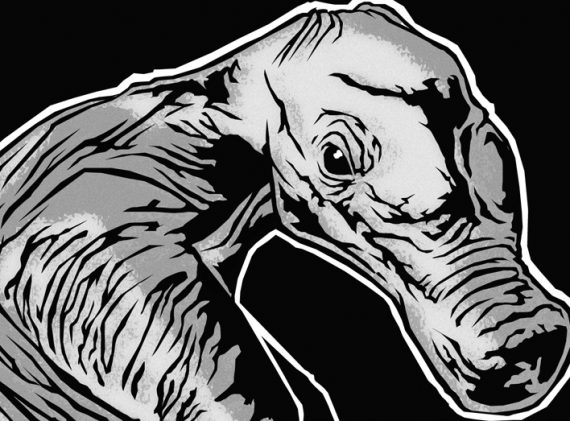 The news reports published in local papers created quite a stir at the time, and people started coming out to the lake shore looking to get a glimpse of the “Narrabeen Monster.” The media attention and tales told of the creature by the locals caught the attention of UFO researcher Bill Chalker, who in the late 1970s decided to take a trip to Narrabeen Lake to investigate the matter. Chalker spent several nights walking about the shore of the lake looking for clues of the strange, elephant-like creature, but found no trace of anything like it and did not see anything out of the ordinary during his time there.

Talk of elephant humanoids would come to Chalker once again in 1985, when a farmer by the name of Cecil McGann related to him a strange series of events that had unfolded in the Narrabeen Lake area in 1927, nearly 40 years before the sighting made by Walsh. McGann claimed that one night his family and neighbors watched a strange light in the sky that seemed to dance and zigzag about. The following morning, his cows allegedly were acting spooked, and refused to leave their paddock. 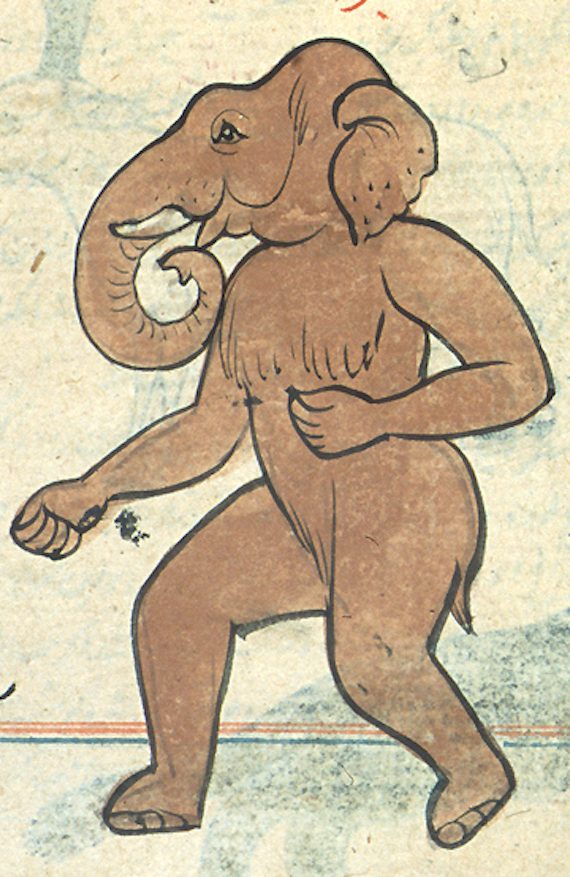 A few days later, the cows had calmed down and returned to their grazing field, where they were calmly milling about when they reportedly came rushing back towards the farm in a stampede, with eyes “bulging with terror.” Once again, the cows refused to leave their enclosure, and were described as acting extremely agitated about something. The cows apparently remained like that for several days, and during this time McGann said he had noticed that one of the cows had gone missing.

Thinking that the cow had simply gotten out of the paddock and wandered off, McGann went off to get it, expecting to quickly find the bovine out in the field. When he arrived at the grazing area, instead of the missing cow he saw something far stranger. As he looked down the ridge towards the grazing field, he saw two strange humanoid creatures moving about, one in the open and one obscured by bushes, and he described them as looking like small elephants. To make things even weirder still, the following day McGann’s family found three of their pigs dead behind a fence, with each carcass sporting strange marks on their necks but with no blood found. 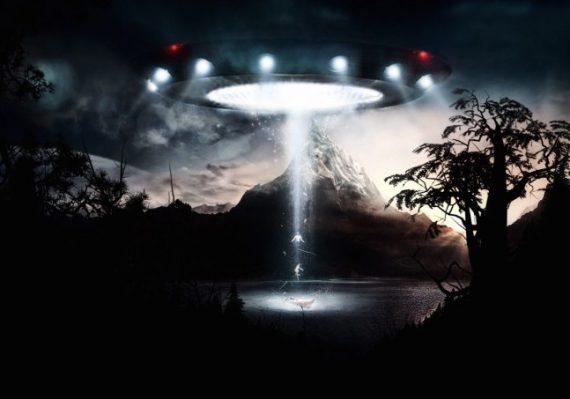 It is interesting to note that just as with the McGann case, there was also a spate of UFO sightings on April 16, 1968, around the time the elephant-like creature was seen by Walsh, and yet another mass UFO sighting over Sydney on April 20. Although Chalker found these incidents of elephant humanoids and the UFO sightings surrounding them intriguing, he was not sure if they were actually connected or not. Indeed, he even seemed hesitant to attribute the elephantine creatures that McGann claims to have seen with aliens, saying of the farmer’s sighting and later sightings of the beasts:

So what were the elephant humanoids? Is this a case of an unknown species? Is it an example of otherworldly visitors? Or is it just the rampant imaginations of a few people with too much time on their hands? Considering that the elephantine humanoids described here have no resemblance to anything else known to inhabit the area, it seems that the answer lies in one of these choices. Which will it be? This is likely to be a subject debated for some time to come.