This Orangutan Does Vocal Impressions of Humans

An orangutan walks into a bar. The bartender says, “I need to see some ID.” The orangutan shows him his butt, throws feces at him and says, “Give me a banana daiquiri.”

Ba-da-bing. As a comedian would say, that’s a true story … especially the part about the orangutan verbally ordering a drink. Researchers at the Indianapolis Zoo revealed this week in the journal Scientific Reports that they have successfully trained an orangutan named Rocky (get ready for Sylvester Stallone to sue) to make new sounds and control his voice to sound like a human.

It’s not clear how spoken language evolved from the communication systems of the ancestral great apes.

Dr Adriano Lameira of Durham University led the study whose goal was to prove that a great ape could be trained to produce new sounds – something thought to be impossible for the closest biological relatives of humans. If possible, the way a great ape learns to make those sounds could shed light on how human speech originated and evolved.

Rocky was chosen apparently because he responds well to treats. Videos of the experiment show the researchers playing a game of “do-as-I-do” (soon to be a new TV game show hosted by Steve Harvey), giving treats when Rocky repeated a sound correctly. The scientists call these sounds “wookies” - idiosyncratic vocalizations exhibiting a unique spectral profile (something sure to come in handy when playing Scrabble). Rocky was also rewarded when he altered his voice and made new sounds, both thought to be impossible in great apes.

Instead of learning new sounds, it has been presumed that sounds made by great apes are driven by arousal over which they have no control, but our research proves that orangutans have the potential capacity to control the action of their voices.

Dr. Lameira and the team took the surprising vocalizations from Rocky and compared them to the world’s largest database of orangutan calls collected from over 12,000 hours of observations of more than 120 orangutans from 15 wild and captive populations. (Who has that kind of time?) They found that Rocky’s vocalizations were unique and “conversational.”

Instead of learning new sounds, it has been presumed that sounds made by great apes are driven by arousal over which they have no control, but our research proves that orangutans have the potential capacity to control the action of their voices. Our latest findings open up the potential for us to learn more about the vocal capacities of early hominids that lived before the split between the orangutan and human lineages to see how the vocal system evolved towards full-blown speech in humans.

That’s a lot to conclude based on Rocky’s oohs and ahhhs. Then again, he sounds like he’d fit right in sitting in the stands at a college football game. 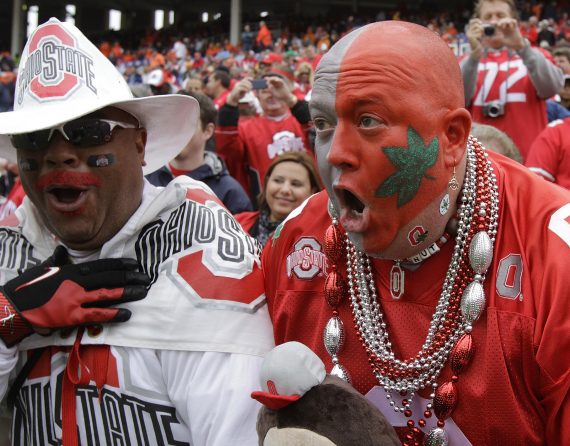 “The Indians Without Fire”: Stories of Sasquatch Over the Ages