When astronomer Dustin Lang tweeted some images he had made of the Milky Way using NASA's Wide-field Infrared Survey Explorer (WISE), he was mostly "just showing off." What Lang did not expect was that another Twitter user would find in those images the first picture of an X-shaped bulge at the heart of our galaxy; a shape that had astronomers had previously only been able to demonstrate the existence of through computer models.

The discovery occurred in May 2015, after Lang--who teaches at the University of Toronto--compiled maps from over 150-gigapixels-worth of infrared images collected by WISE.

A number of Lang's Twitter followers were drawn to the glowing bulge at the heart of the Milky Way Galaxy, among them Melissa Ness, a researcher at the Max Planck Institute for Astronomy in Germany. Looking at the image, she recognized the never-before-seen X-shape immediately. 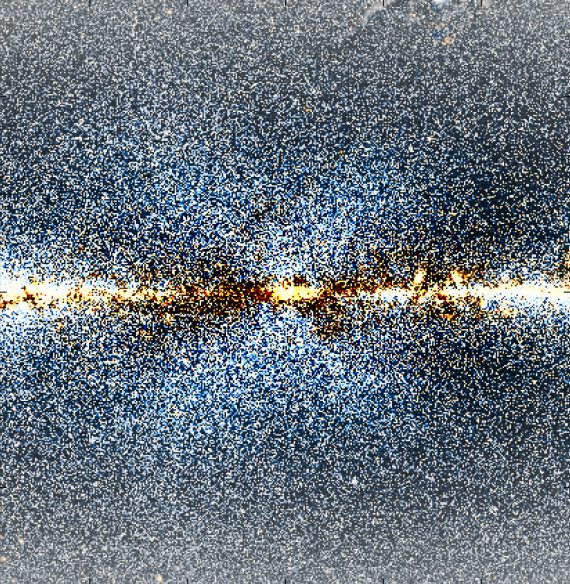 It was simply the most fantastic image of the Milky Way bulge that I had seen. I studied the bulge for my Ph.D. and so was well aware that there are numerous works and data that demonstrate that there is an underlying X-shape in the bulge, and in fact it had been modeled in detail from these prior works, but with that image that Dustin had made, we were clearly seeing this X-shape directly in a real image of the inner region of the galaxy, for the first time. 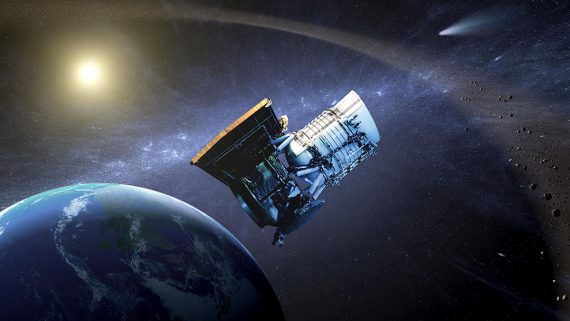 Which is a pretty big deal; the X-shaped structure is comprised of thousands of stars that have been sculpted by the galactic process, and the structure could prove to be a mine of information about how the Milky Way formed. But until Lang produced and tweeted this image, there was some debate as to whether or not the X-shape was even there.

As Lang explained in a statement:

But now that the structure has been seen and documented, astronomers can move on to understanding exactly how it formed; whether it developed when the Milky Way merged with other galaxies, or if it grew independently from the Milky Way's central bar. As Ness said:

The bulge is a key signature of formation of the Milky Way Galaxy. If we understand the bulge we will understand the key processes that have formed and shaped our galaxy.