Archaeologists working at an ancient cemetery in the Falyron Delta necropolis, near Athens, have made a puzzling and eerie discovery. 80 skeletons lay buried neatly and--other than the fact that their wrists are bound with iron shackles--with respect. They are, it's believed, the victims of a mass execution between the 8th and 5th century BC. But as of yet no one is quite sure who they are and why they were killed. 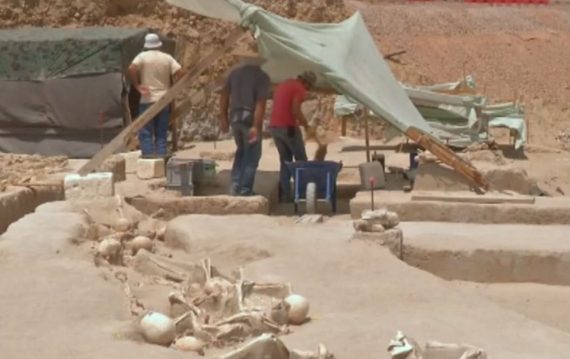 One thing researchers working at the site are certain of is that the shackled remains do not belong to Ancient Greek slaves; all appear to have been killed in the same manner and at the same time, and the skeletons belong to individuals who were all young and in good health at the time of their execution.

Historical context, however, provides perhaps the greatest clues as to why a mass execution might have taken place in the region during that time. Speaking to Reuters, Stella Chryssoulaki, head of excavations at the site said:

It is a period of great unrest for Athenian society, a period where aristocrats, nobles, are battling with each other for power. 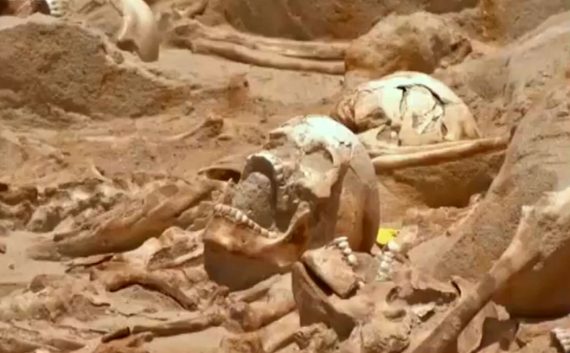 Most notably, the time when the cemetery was in active use overlaps with the Cylonian Affair of 632 BC. The affair, which is the earliest reliably dated historic Greek event, refers to a failed coup attempt by an aristocrat and Olympic victor named Cylon and his father-in-law attempted to brutally overthrown the Athenian elites.

While Cylon purportedly escaped, there is a suggestion that his followers were captured and detained in Athens. So could these shackled skeletons be the remains of a failed ancient rebellion? Chryssoulaki hopes to find out:

Perhaps with the DNA tests that we will do on these skeletons we may confirm or not this hypothesis that these deceased, these young people could be ... part of a coup ... an attempt by a noble to take power by force.