Fighting Mantis Shrimp Scope Out Their Competition Via UV Spots

The mantis shrimp are some of the most flamboyantly spectacular creatures in the ocean, but behind their colorful facade they're exceptionally fearsome fighters. A large mantis shrimp can break through aquarium glass with a single strike, and their shells have inspired designs for lighter, tougher body armor and football helmets. But like any fighter they're careful to suss out their competition, and according to a new study, they do this by examining the UV spots and chemical cues, of their opponent. 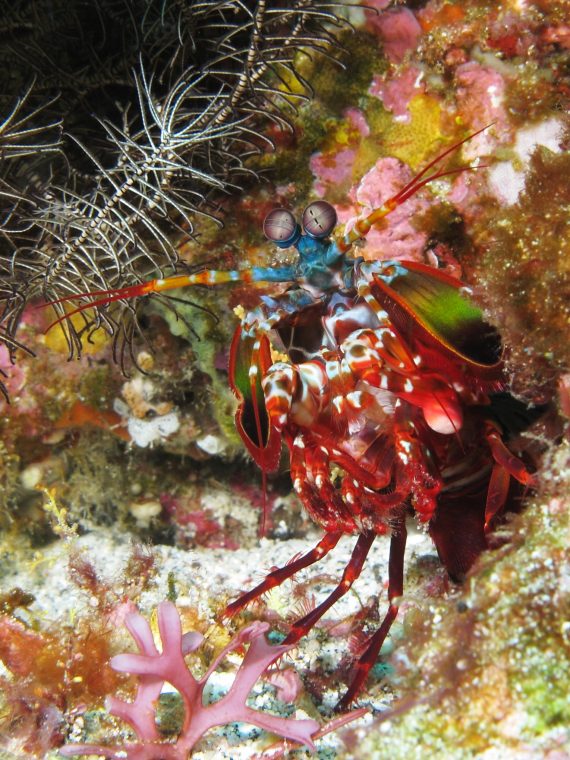 The technicolor shrimp generally hide out in cavities in coral rubble or rock where they can mate and breed, and it's over these refuges that brutal fights tend to occur. When defending, or trying to acquire a refuge, the mantis shrimp will spear and even dismember their opponent with their claws. As Amanda Franklin, a Ph.D. student in the biology department of Tufts University's Graduate School of Arts and Sciences and the first and corresponding author on the paper said in a statement:

Mantis shrimp, or stomatopods, are well known for aggressive temperaments and complex visual systems, but until now we've known very little about whether and how they use color to communicate with other mantis shrimp.

But under lab conditions, the researchers from Tufts examined the mantis shrimp's threat display--a performace that comes prior to a fight. During this display, the shrimp were showing off their meral spots to their opponents. These bright spots are prominently positioned on each of the mantis shrimp's club-like raptorial appendages. 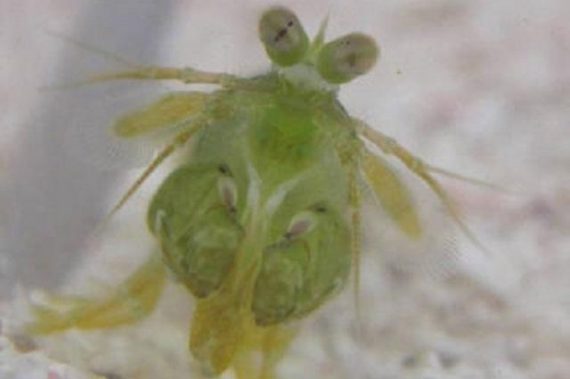 In a rather uncomplicated experiment, the researchers did what most of us do when we want to reduce UV-reflectance; they pulled out the sunscreen. And with sunscreen placed on the meral spots of some of the mantis shrimp, they noticed that the shrimp lacking in SPF attacked the lotion-laden shrimp with increased vigor, and fights escalated much more quickly. In other words, the greater the UV reflectance of a shrimp, the tougher he is.

Our experiments demonstrate that they use a complex signaling system that combines the UV reflectance of an important spot of color as well chemical cues to help them judge their opponent's state of aggression, fighting ability and the presence of a stomatopod in a refuge.

So, now we know, if you ever want to throw a fight between warring mantis shrimp, a dab of sunscreen will do the trick.

Neanderthals May Have Been Wiped Out by Smoke