Beyond any shadow of doubt, at all, one of the most bizarre of all encounters with strange and unknown animals occurred at Juminda, Estonia, at some point in the late 1930s; the exact date being unclear. According to an investigation undertaken by Dr. Jacques Vallee (and referenced in his 1969 book, Passport to Magonia, two witnesses encountered a small – approximately three-feet-tall – humanoid creature with brown-green skin and which had distinct frog-like characteristics. Its eyes were slit-like, as was its mouth. And it appeared to be not at all accustomed to walking on land; its awkward gait made that abundantly clear, and particularly so when it caught sight of the pair and made good its escape. While it outran its pursuers, it did so in a very odd, near-drunken-like state.

A similar state of affairs occurred in the heart of woodland at Orland Park, Illinois, on September 24, 1951. The man who witnessed something both remarkable and disturbing was a man named Harrison Bailey. As he walked through the park, Bailey was suddenly plagued by a burning sensation to his neck, which was accompanied by a sense of cramp in his neck, too. Sensing he was being watched, Bailey quickly swung around. He found himself confronted by a grey-colored object of a large size that was described as being "whirlwind"-like in shape. 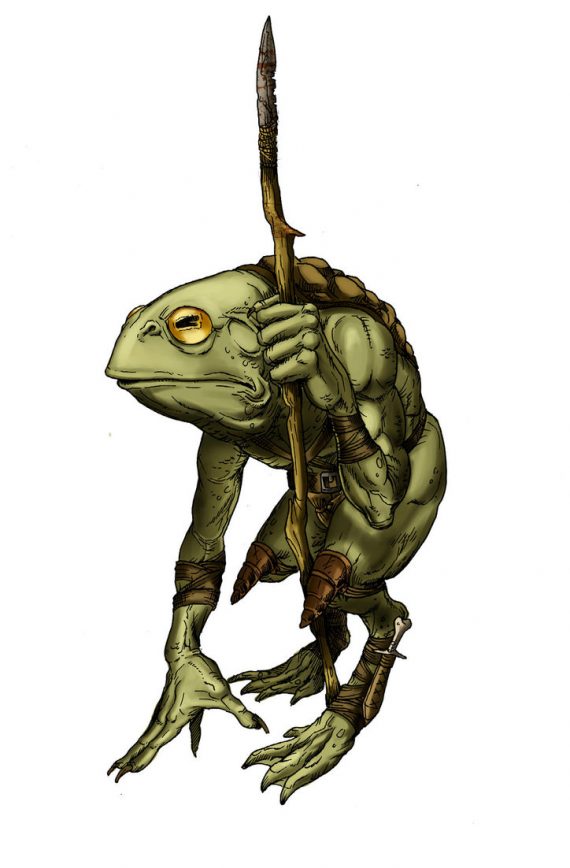 Things then became decidedly weird: Bailey felt groggy, confused, and almost in a dream-like state. And then nothing. His next memory was vague, but revolved around being surrounded by a large group of eighteen-inch-high humanoids that resembled frogs. They asked bizarre questions, such as where he was from and where he was going. All that Bailey could focus on was the fact that he felt somewhat paralyzed and unable to move properly. The unsettling feeling soon wore off, however, and Bailey was left to make his stumbling, slightly out of it, way back home.

Despite having come out of the odd encounter unscathed, Bailey had a nagging feeling that there was more to the experience than he could consciously recall. Finally, he elected to do something about it and underwent regressive hypnosis. It proved to be beneficial, although whether Bailey was pleased and relieved by what he learned after being placed in an altered state of mind, is quite another matter entirely.

In his hypnotic state Bailey found himself back in the park, surrounded by those odd, diminutive things. He was able to build a much clearer image: the frog-men had slits for mouths, large, staring eyes, stripy brown skin, and just three toes. And all around the creatures were dozens of smaller bug-like things that wildly raced around the woodland floor. There then followed an amazing situation in which Bailey found himself in telepathic conversation with the frog-men, who informed him that humankind’s warlike ways would be its downfall – and that they wanted Bailey to spread the their warnings. Bailey then found himself back in the woods and on a path back home. In many respects Harrison Bailey’s encounter sounds like a classic example of what has infamously become known as alien abduction. Except for one thing: the creatures that Bailey met with sound far more cryptozoological in nature than they do ufological. 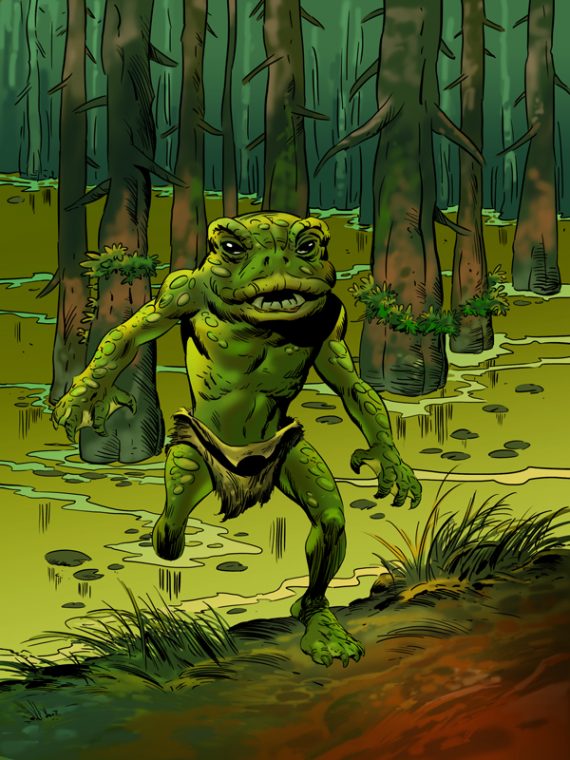 I have a handful of similar such cases in my files, including (A) a report from the woods of Jefferson, Texas, and which dates from 1978 and involves the sighting of three, bipedal lizards that had frog-like heads; and (B) an encounter which occurred in 1985 at Pasadena, California's Devil's Gate Dam - a place noted for a wealth of weirdness - in 1983. In this second case, a man and his wife walking their dog encountered a group of at least a dozen of odd, bright green, very long-necked frog-type animals at the edge of a small stream. They ran - in an eerily human style - into the trees, when they realized they had been spotted. They did so on two fat hind legs, which the witnesses found to be very comical - albeit slightly creepy too.

I have no answers for such cases, chiefly because they are so ridiculously bizarre that they defy explanation - unless we suggest that nothing but hoaxing or misidentification were at the heart of the events. I have to say, though, that in the cases I personally investigated I didn't find anything that led me to believe that hoaxing was the cause. And, I would suggest that if someone was going to hoax something, then surely they could come up with something other than a bunch of upright frogs!!