Hollywood Consults With Vatican on Exorcist Show and Movie

If you’re going to do a TV show where the main character performs weekly exorcisms, it would probably be a good idea to get some advice from the experts. If you’re responsible for the most famous movie on exorcism, it would be nice to have your work compared favorably to the real thing. Both may be happening as Hollywood goes to the Vatican for consultation on the new series The Exorcist and on the original movie of the same name. Did the Vatican help? 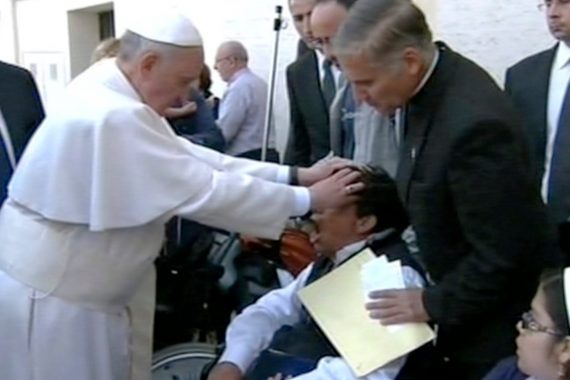 The Exorcist entertainment family began with the best-selling 1971 novel by William Peter Blatty which was made into the Oscar-nominated 1973 film starring Linda Blair, Ellen Burstyn, Max von Sydow and the haunting music of Mike Oldfield. Sequels and related projects did not do as well but that’s not stopping Fox from producing a TV series scheduled to begin airing on September 23rd.

Cast members (Geena Davis as the obligatory beautiful screamer) and producers revealed this week at the Television Critics Association press tour that they approached the Vatican for help from real-life exorcists, which the Church seems to have plenty of these days. Executive producer and director Rupert Wyatt revealed the response.

We were kind of met with a stony silence

However, a Catholic priest in Chicago, who agreed to help, explained the Vatican’s reluctance.

He made it clear that it wasn't necessarily a lack of willing[ness] to talk to us...but it really comes down to protecting the exorcists. They don't like to show their faces; they don't like to break their cover, and that comes from the fact that there are many, many potential cases than have nothing to do with what is ostensibly possession.

Wyatt says he got a lot of useful information from the obviously exorcism-experienced priest, including that the possessed are part of their own possession:

It is based purely on the idea that when you are possessed, you are allowing the demon inside. [It's] when your will has been broken, so you were very much a participant in it. People can't just get possessed for no reason. They have to open themselves up to that situation.

They all agree that The Exorcist was one of the greatest horror films ever. Which brings us to its director, William Friedkin. The 80-year-old filmmaker revealed at the Cannes Film festival this year that he was recently invited by the Vatican to witness a real exorcism and described how it affected him.

I don’t think I will ever be the same having seen this astonishing thing. I am not talking about some cult, I am talking about an exorcism by the Catholic Church in Rome.

What about the original novel? While it’s documented that William Peter Blatty based the book on an actual exorcism, it doesn’t appear he asked then Pope Paul VI for advice in return for a credit or a cameo. Wyatt says that both believers and disbelievers will get something from the show.

It goes on, and it's very much a part of the modern Catholic church. It's for a long time been considered a dirty secret of the Catholic church, and they've attempted to bury it and distance themselves from it — something that we explore in the show itself — but it's a community outreach basically. 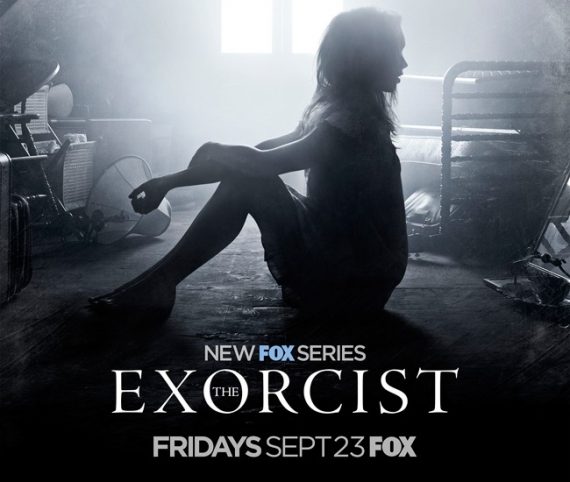