Before the screaming begins, the headline would read “Captured and Released” if we had enough space.

This fish has been the talk of fishing and sporting goods shops for years.

How many years? Try at least 80. That’s the estimated age of Pig Nose, a legendary 10-foot-long, 650-pound white sturgeon that has prowled the waters of British Columbia's Fraser River for decades, scaring anglers and boaters with its massive size and monstrous pink nose. Many fishermen and women have tried to capture him but only one has ever been successful.

He is the sturgeon whisperer.

That’s what customers of River Monster Adventures in nearby Lillooet call 19-year-old guide Nick McCabe and he lived up to his name this week he reeled in the legendary Pig Nose from the Frazer River about 60 km downstream from Lillooet. McCabe’s co-guide Jeff Grimolfson and clients on a fishing trip witnessed the 2-hour struggle to bring in Pig Nose, who was then measured at 10 feet 2 inches long with a 5-and-a-half foot girth. 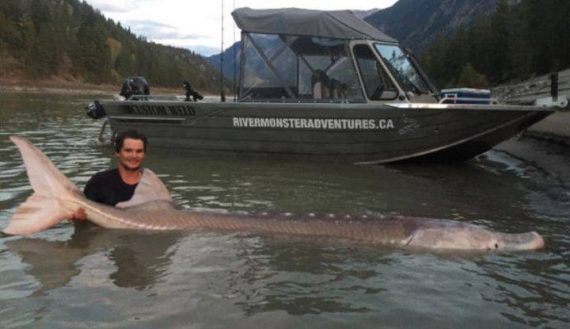 Grimolfson explained how the monster got the proboscis that gave him his name.

His name is Pig Nose and you can see why – he damaged his nose 40 years ago. So when his nose healed, it looks like a pig nose. As the legend lives on, you’d be in a sporting goods shop and you’d hear, ‘my buddy was sure he had Pig Nose on the line.'

In this case, Grimolfson was telling the truth. He and McCabe followed proper procedures when Pig Nose was finally brought to the boat.

Take some photos, videos, scan the fish with a scanner to see if he’s been tagged then as soon as it beeps, we know it’s been tagged. Take some measurements, make sure the fish is healthy then let him go. That fish is probably close to 80 years old. You want to handle them very carefully. 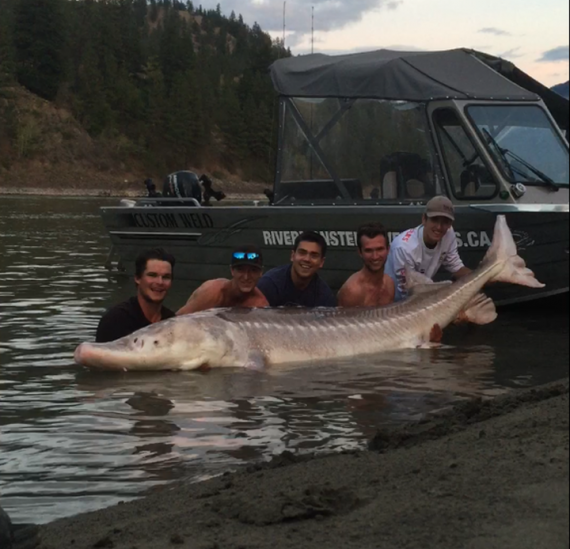 That’s right … they let Pig Nose go. To be fair, they admit he had a microchip implanted, indicating they were not the first to capture the legend. And now they won’t be the last.

We're walking on clouds. The living legend has been captured and lives on.