Chupacabra! Bigfoot! Portuguese Man o' Worf! (half man, half Klingon?) Whatever it was, those are just some of the things being yelled (Portuguese Man o' Worf was mine) after seeing a mysterious ‘man-like creature’ (or more likely, a video of one) allegedly walking across a desert in Portugal. What is it?

There are a number of puzzling aspects to this story. The original video was said to have been uploaded to the Internet a month ago but the date of the sighting is not specified anywhere. Although it’s supposedly been posted for a month and has “200,000” views, the only videos that pop up are all less than a week old.

The videos generally refer to the creature as a “Chupacabra.” This is odd since it moves very slowly, is not carrying a dead, bloodless goat and is not in Central or South America. (It’s lack of resemblance to a sick dog eliminates it from being a Texas Chupacabra as well). There don’t seem to be any other sightings, recent or otherwise, of a Chupacabra in Portugal.

A few comments suggest it looks more like a Bigfoot or Yeti. That would seem more likely, especially since there’s one report of giant humanoid sightings in Montargil, Ponte do Sor, Portugal, in 1980. However, the witness described the humanoids as being 8-feet tall and wearing gray suits, making them more alien than Yeti or Bigfoot, neither of which is known for their taste in clothes. 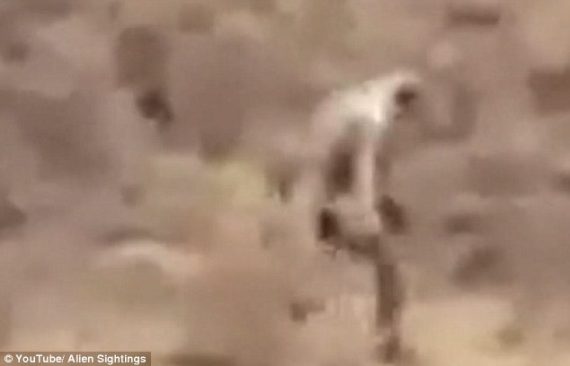 Portugal did have one other misplaced cryptid sighting recently. In 2014, a man in Almada reporting seeing an Ahool flying overhead. This large bat-like or winged primate creature is more often seen in Indonesia, so it was also out of place in Portugal and no other sightings were reported.

Then there’s the location. The video and reports refer to the creature being seen in a desert. The only known desert in Portugal is not on the mainland but on the archipelago of Madeira – an Autonomous Region of Portugal located in the north Atlantic 1,000 km (540 mi) from the continent. Madeira has a number of endemic species, including a native bat and a hand-sized tarantula. A Yeti-like creature could possibly find plenty of places to hide there.

Except ... the limited reports make no mention of Madeira, just a “Portuguese desert.”

As in most cases, the video quality is poor, leading many to speculate it’s a fraud.

Or something else? I'm sticking with Portuguese Man o’ Worf.