Across the British Isles and Brittany, there are at least 1000 surviving remains of standing stone circles, all constructed between the late neolithic period and the early Bronze Age, and they're a bit of a puzzle. But for the first time ever, researchers have been able to statistically prove that some of the the oldest of these ancient monuments were specifically built to align with the movements of the sun and the moon some 5,000 years ago.

The study was conducted by the University of Adelaide, where researchers examined the placements of standing stones at Callanish, on the Isle of Lewis, and Stenness, Isle of Orkney, in Scotland. The monuments predate Stonehenge by about 500 years. 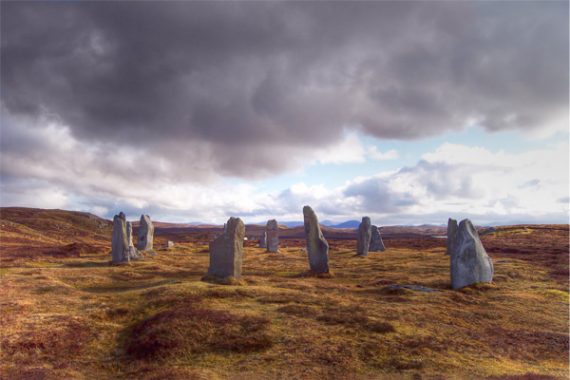 And there's long been a supposition that such monuments were built by ancient humans with astronomical phenomena in mind (unless, of course, one believes that they are the work of extraterrestrial beings). So the University of Adelaide team conducted advanced 2D and 3D imaging of the stones at Callanish and Stenness.

What they found, as project leader Dr Gail Higgenbottom said in a press release, was:

Proof that the ancient Britons connected the Earth to the sky with their earliest standing stones, and that this practice continued in the same way for 2000 years. 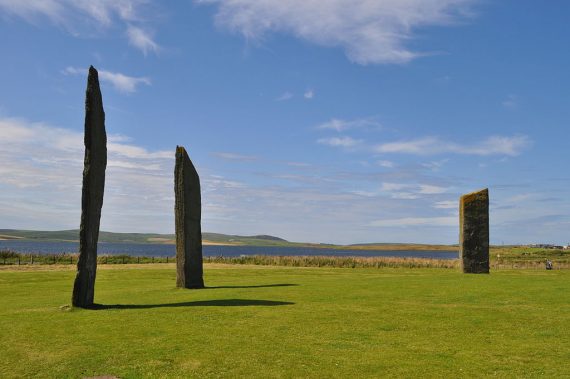 These circles would have had a profound impact on the ways the sun and moon were seen, and would have helped to track major events such as the summer and winter solstice, as well as when the Moon appears at its most northerly position on the horizon, which only happens every 18.6 years. All of which provides more clues as to ceremonial activities practiced in the region during the late neolithic period.

These people chose to erect these great stones very precisely within the landscape and in relation to the astronomy they knew. They invested a tremendous amount of effort and work to do so. It tells us about their strong connection with their environment, and how important it must have been to them, for their culture and for their culture’s survival.

All images via Wikipedia Commons

Capybaras Are Getting Ready to Take Over Florida