Paleontologists in Australia have uncovered the first--and to date--only remains of a tiny marsupial 'micro lion' that lived in remote north-western Queensland some 18 million years ago. Named after David Attenborough, the 1.3 pound Microleo attenboroughi has been described as the "feisty kitten" of the marsupial lion family, whose relatives were more cat, dog, and well, lion-sized.

The newly-discovered micro lion was uncovered by a team from the University of New South Wales working at the Riversleigh World Heritage Area, which is regarded as one of the four most important fossil sites in the world. Among the extraordinary range of fauna to have been found at the site are a high number of marsupial lions, the Thylacoleonidae family. 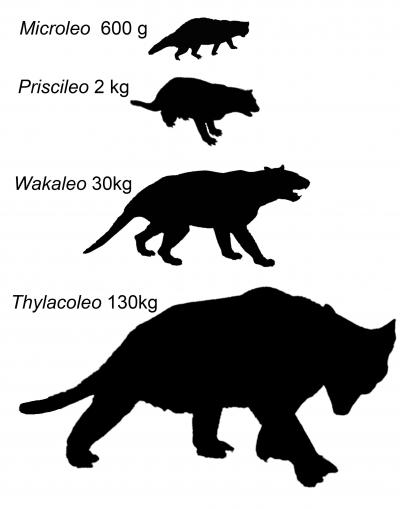 But the partial skull and teeth remains of Microleo attenboroughi constitute an entirely new discovery. Microleo features an elongate, lethally sharp, knife-like premolar in front of basined molars--a feature that it shared with the rest of its family, but at 600g it was just a fraction of the size of the 130kg Thylacoleo.

That doesn't mean that Microleo wasn't a little fearsome in its own right, as UNSW Professor Mike Archer said in a statement:

Despite its relatively small size compared with the Pleistocene Thylacoleo carnifex - the last surviving megafaunal marsupial lion - the new species was one of the larger flesh-eaters existing in its ancient community of rainforest creatures at Riversleigh.

As for how the Microleo existed, UNSW's Dr Anna Gillespie and lead author of a paper on the discovery explains:

Microleo shared these northern Miocene rainforests with two larger species of marsupial lion... Although it is possible they competed with one other, the size differences probably means they each specialised on a different size range of prey. 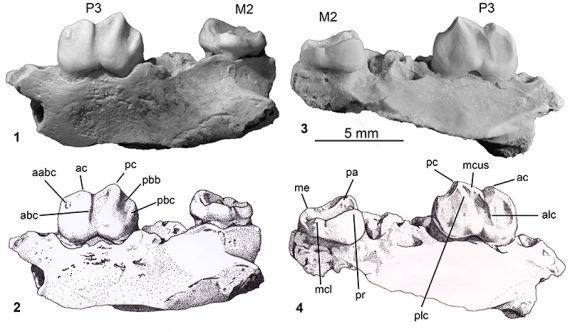 But it wasn't all good news for the "feisty kitten,"

It's likely that Microleo scampered amongst the tree-tops, gobbling insects as well as small vertebrates such as lizards and birds while simultaneously trying to avoid becoming a prey item for its larger relatives.

Now the team hopes to uncover more, complete remains of the Microleo--though that might take some time; in 40 years of excavation at Riversleigh, this partial skull is the only Microleo remains every found.