New Murder at the Haunted Woodhead Tunnels in England

The abandoned Woodhead Tunnels in Derbyshire, England, have been called one of the most haunted historic sites in Britain, which alone would make it quite scary since there are so many of them competing for the title. This one has connections to a grisly murder of five children in the 1960s, the ghosts of railroad tunnel workers and a headless horseman. The list of potential ghost sightings there grew by one this week as police investigate another possible murder.

The tunnels of the Woodhead Line have a history as long as their railways. The line originally linked Sheffield, Penistone and Manchester in the northern part of England. It opened in 1845 after the completion of the first Woodhead Tunnel which allowed the trains to pass under the high moorlands of the Peak District. A second tunnel opened in 1853 and the third in 1953 when the line was electrified. Unfortunately, passenger services ended in 1070 and the tunnels were closed in 1981. That’s when they became a paranormal attraction.

There are accounts of voices and screams which have been attributed to workers who died during the original construction. The headless horseman on a stallion has been seen regularly near the spot where a hall was demolished in 1937 in Crowden, which was a station on the Woodhead Line. However, the scariest ghost stories are tied to the infamous Moors Murders.

Between July 1963 and October 1965, Ian Brady and Myra Hindley killed five children in the area, torturing them and sexually assaulting at least four of them first. Two bodies were soon found buried on Saddleworth Moor in the Peak District, a third was found there 20 years later and a fourth is rumored to be buried there but was never found. After the horrific trial – they were both sentenced to life in prison – the judge described Brady and Hindley as "two sadistic killers of the utmost depravity.” When Hindley died in 2002, many undertakers refused to handle her cremation. Needless to say, the area has since become a place to look for the tortured souls of the victims and the evil spirits that may have driven the murderers to commit their deeds. 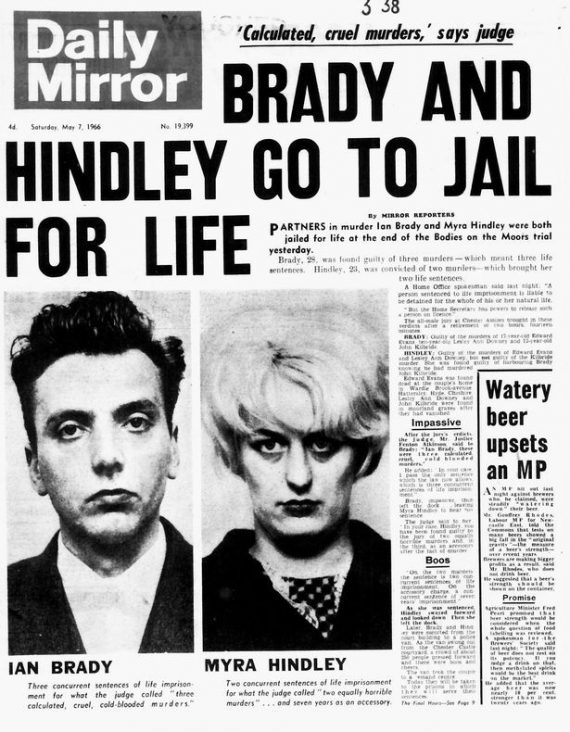 Now there’s been another murder at the tunnels.

We’ve launched a murder investigation after the body of a man was found on moorland off the A628 near Woodhead Tunnels on Monday. A post-mortem exam was carried out yesterday and we’re now treating the 34-year-old Rotherham man’s death as suspicious.

Inspector Mick Cooper of the Derbyshire Police is asking anyone, including ghost hunters, to bring in any information they may have to help in their investigation.

Is the new murder at the Woodhead Tunnels just a coincidence or has the evil of the moorlands (or the ghost of Myra Hyndley herself) possessed another person and claimed another victim?

Has anyone seen a headless horseman? 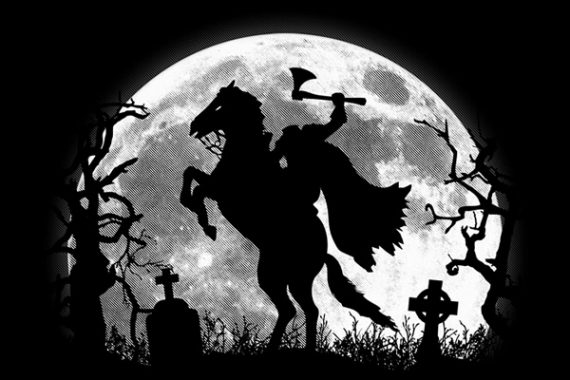