New Telescope to Search for Life Around Alpha Centauri

A new documentary reveals that a group of scientists and astronomers is building a telescope with a singular purpose – to look for life on a planet orbiting Alpha Centauri, Earth’s nearest neighbor. If nothing else, they hope to take a picture of an exoplanet similar to the famous Pale Blue Dot photograph of planet Earth. The what photograph?

Let’s start with Mission Centaur, the name of the Alpha Centauri project. It was revealed recently in the new documentary from Speculative Films, “The Search for Earth Proxima,” that a group of scientists is building a space telescope to launch into low-earth orbit in 2019 whose only function will be to directly image the “Goldilocks Zone” of Alpha Centauri A and Alpha Centauri B - two of the three stars (the other being the faint red dwarf, Proxima Centauri) that make up the Alpha Centauri group. The “Goldilocks Zone” is that habitable zone with the proper environment to support life on an Earth-like planet. Success is defined as finding and photographing a planet in the zone in the manner of the Pale Blue Dot.

On February 14, 1990, the Voyager 1 spacecraft – launched with Voyager 2 in 1977 – was 6 billion kilometers (3.7 billion miles, 40.5 AU) from Earth. It was pointed back at the solar system and took a panoramic series of 60 photographs of six planets (from left to right: Jupiter, Earth, Venus, Saturn, Uranus, Neptune) that became the so-called Family Portrait of the Solar System. Earth was seen as a pale blue dot in a brown band of light, hence the name of its famous image and subsequent book by Carl Sagan.

The scientists on Mission Centaur hope to show that space discoveries can be accomplished by private and public cooperation with low-budget funding), to convince others to launch similar missions and to inspire students to study astronomy and other scientific fields.

Of course, that all will be easier if they find life on another pale blue dot. Mission Centaur believes that the probability of finding an Earth-like habitable planet around Alpha Centauri A or B is 85 percent. The probability that it actually has life is … to be determined.

Seems like a lot to extrapolate from a potential photograph of a pale blue planet. For the sake of tons of free Internet publicity and fund-raising potential, they’re hoping the life form is a cute little kitten. 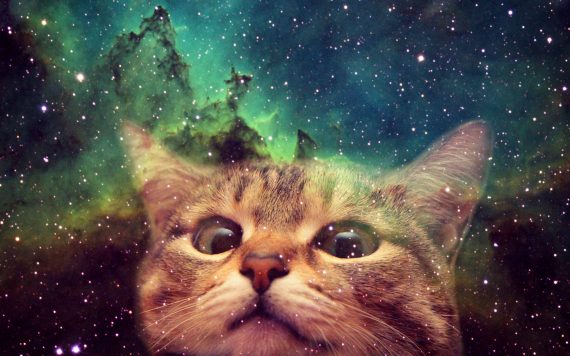