Archaeologists digging at Tintagel in Cornwall, England, have uncovered a royal palace dating back to the Dark Ages. If the name “Tintagel” sounds familiar, it’s the place where a British king allegedly impregnated another rich man’s wife and the baby grew up to become King Arthur. Is this definitive historical proof of the Arthurian legend or just another old English castle?

Those up on their Arthurian legends will note that there already is a castle on this site. Tintagel Castle was built there by Richard, Earl of Cornwall, in the 13th century. Not being a strategic castle, it was only lived in for a few years and eventually ended up as a sheep pasture. Archeologists began digging there in the 1930s and its literary link to the conception of Arthur helped it become a tourist attraction. 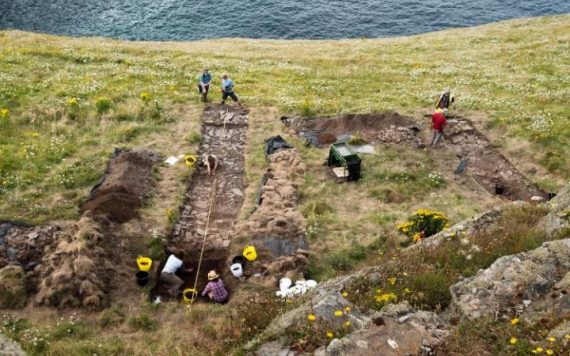 Recent digs by English Heritage have gone deeper with new equipment, making four trenches into previously unexplored areas where geophysical surveys detected what appeared to be walls and floors of buildings. The team uncovered two rooms of a palace with one-meter thick walls, flagstone floors and slate steps dating back to the sixth century – the beginning of the Dark Ages. It wasn’t too dark yet in Tintagel as the broken pieces of pottery and glass found at the site appear to have been from expensive imported items from Rome, Greece, Turkey and Northern Africa.

Was there anything Arthurian? A sword? A grail?

The discovery of high-status buildings – potentially a royal palace complex – at Tintagel is transforming our understanding of the site. It is helping to reveal an intriguing picture of what life was like in a place of such importance in the historically little-known centuries following the collapse of Roman administration in Britain.

In other words, according to English Heritage properties curator Win Scott, no. At least nothing like the slate found in 1998 engraved with the word 'Artognou' which some want to believe could be a variation of ‘Arthur’.

Camelot or not, the castle is the first major building from the Dark Ages discovered in Britain and could help shed light on that dark period of history.

The Monty Python version of the legend is safe for now. 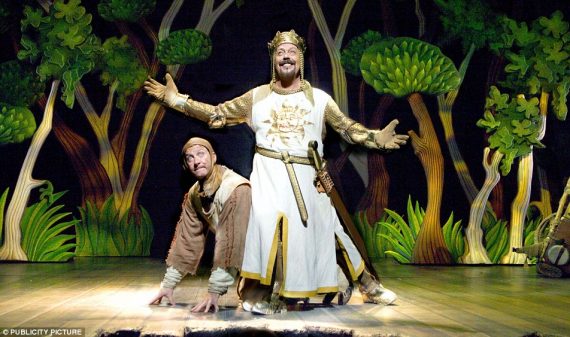 Vanished into Thin Air at the Great Smoky Mountains