Charles Darwin is still the patron saint of evolution, so it’s only fitting that a fish which appears to have evolved an extra set of eyes was caught in Darwin's Buffalo Creek in Australia's Northern Territory. The fisherman claimed all four eyes winked at him but that’s the kind of bragging anglers do. What exactly did he catch?

Buffalo Creek is a northern suburb of Darwin and sparsely populated like everyplace else in the Northern Territory except for Darwin. Like the rest of Australia, it has no nuclear plants (sorry, fans of Blinky on The Simpsons) and not much uranium, even though Australia is the world’s third-leading supplier of the radioactive material. So if this fish wasn’t swimming near anything radioactive, what’s with the four eyes?

That’s what fisherman Simon Merefield asked when he caught it. He asked the question again after posting a photo of the fish on Facebook with his thoughts.

I must admit they look like nostrils in this photo but we’re certain they were eyes. It winked at us.

Without a video, that’s not enough to convince Facebook users. Comments and speculations ranged from nostrils to false eyes to deformities to aliens dumping their unwanted pets on Earth. Time to call in the experts.

It’s pretty hard to tell from that photo ... the mouth and bit of the body you can see looks like it could be some sort of puffer fish.

Puffer fish don’t look like that, and colors are a bit brighter on a puffer fish. It’s usually all white on the bottom with yellow on the face. It’s got to be a toadfish - or maybe even a monkey fish.

So, no one can agree on what it is. How about the extra eyes? On all of those fish species, the eyes are on the side of the head, so the consensus is that they’re funny-looking nostrils which the photo angle made to look like eyes.

Really? That’s the best you can do? This is Australia – home of the platypus, echidna and thorny devil, just to name a few of its unusual creatures.

At least people in Pittsburgh, Pennsylvania, admit that a black cat named Batman really does have four ears. 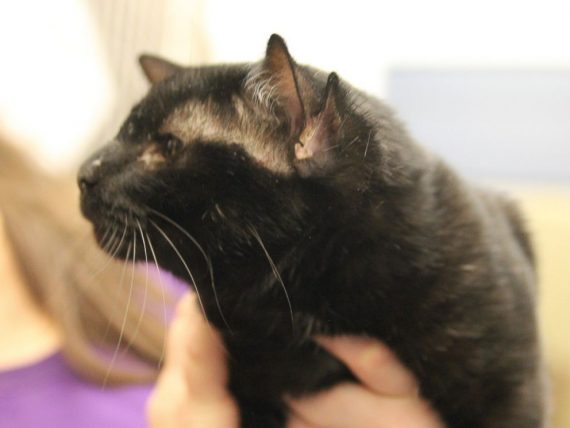 A Brief Look at the Life and Ideas of John A. Keel – Part One