On November 6, 1983, something odd and unsettling happened in the city of Hawkins, Indiana.

On the night in question, a 12-year-old boy, Will Byers, was last seen leaving his friend Mike's home, after a long game of Dungeons and Dragons. While riding his bicycle home that night, he vanished.

The following day, Will's mother Joyce, upon learning that he hadn't come home the night before, goes frantically to the Hawkins Chief of Police for assistance in finding her son. Meanwhile, across town a mysterious young girl with strange abilities appears in the kitchen of an area diner, and is soon afterward discovered in the nearby woods by Will's friends Mike, Dustin, and Lucas, who are searching for their missing companion.

The odd girl they find seems to know what has happened to Will, but their continuing search only becomes stranger, and more terrifying, from here on.

The passages above, of course, outline the general premise of the new Netflix series Stranger Things, a supernatural thriller directed by the Duffer Brothers which borrows heavily from the horror novels and films of the 1980s. Particularly an homage to the written works of horror novelist Stephen King, everything from the clothing and settings, to the general lifestyle depicted in Stranger Things harkens back to those simpler times only a few decades ago, before the advent of the Internet, or of 24-hour news stations and other complexities of modern living. Thus, the appearances of two-way radios rather than Smartphones, cameras that actually require film, and televisions with antennas, all become somewhat delightful markers as they appear throughout the series: little reminder of how things "used to be." 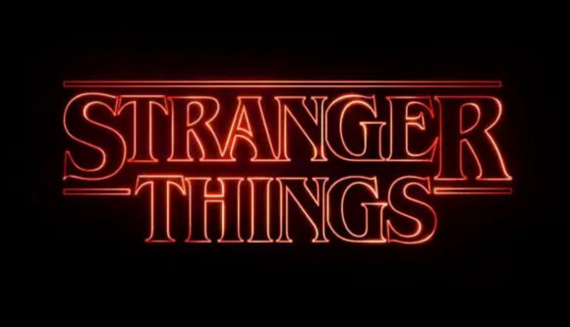 Indeed, these seemingly innocuous afterthoughts are a large part of what has made Stranger Things the overnight success, and virtually an instant "cult classic." Remarkably, despite the show's excellent plot and portrayal of characters by actors that include leading lady Winona Rider, one of the more captivating aspects of the series is its opening title sequence, which bears similarity to earlier films and programs that include V and The Dead Zone, among others. Paired with the opening titles and, in particular, the typography of opening credits, the show's theme song similarly works to achieve the eerie vibe that is both foreboding, and yet strangely comforting with its adherence to the nostalgia of the 1980s.

Stranger Things also nods to genre films in which children are primarily the heroes, capturing some of the innocence and magic we felt years ago when watching movies like ET, The Goonies, It, and The Monster Squad, along with less adventurous films that might include titles like The Sandlot and Stand By Me. 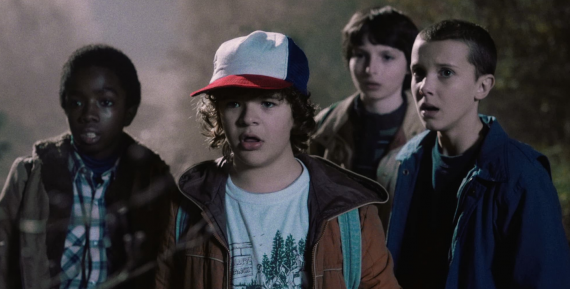 However, it isn't just the child-hero films aforementioned that Stranger Things tips its hat toward; we also see stylistic motifs emerge that are suggestive of modern Indie cinema as well. Most notably are the "black room" scenes, in which the young character called Eleven, while gifted with psychic powers, is able to enter what is called "The Upside Down". This is essentially an alternate version of our reality existing "below" our own.

As noted by The Telegraph, the sequences depicting Eleven's entrances into the Upside Down by using sensory deprivation are very similar to the "black room" sequences we saw in Jonathan Glazer's 2013 horror flick Under the Skin. Certain stylistic and synoptic elements of Stranger Things also resemble those appearing in the Canadian thriller Beyond the Black Rainbow, which chronicles the escape of a girl with psychic powers named Elena (rather than Eleven) from a New Age Institute hiding a number of dark secrets.

In Stranger Things, the use of sensory deprivation experiments, namely those involving a tank with saltwater to aid in suspension of a body within it, appear to be one of the more acute references to 1980s cinema with its obvious throwback to Ken Russell's 1980 film Altered States. For those who aren't familiar, Altered States is yet another cult classic which combined the best aspects of the "psychonaut" literature from the previous decades, with fears about humanity's own inner-monstrous side. The mode of inducing these altered states is based upon researcher John C. Lilly's research, which  involved the use of isolation tanks similar to those seen in Altered States, and now Stranger Things as well.

With all it's homages to 1980s horror films and novels, Stranger Things also borrows from a number of the more unsettling and often ignored areas of culture in the more realistic sense, too. With the disappearance of a young boy at the hands of a mysterious "monster" from some realm beyond twilight, we see themes that could easily fall into a number of the sorts of "high strangeness" cases alluded to by author and researcher David Paulides in his Missing 411 books, which outline kidnappings and strange disappearances in National Parks and other areas around the world.

Stories of non-human entities met during altered states of consciousness and induced hallucinations, a number of which are related in researcher Rick Strassman, M.D.'s seminal book DMT: The Spirit Molecule, also seem to fit well alongside the supernatural themes present in Stranger Things. Harkening back to earlier works as well, we find similar parallels in the writings of authors like Carlos Casteneda. 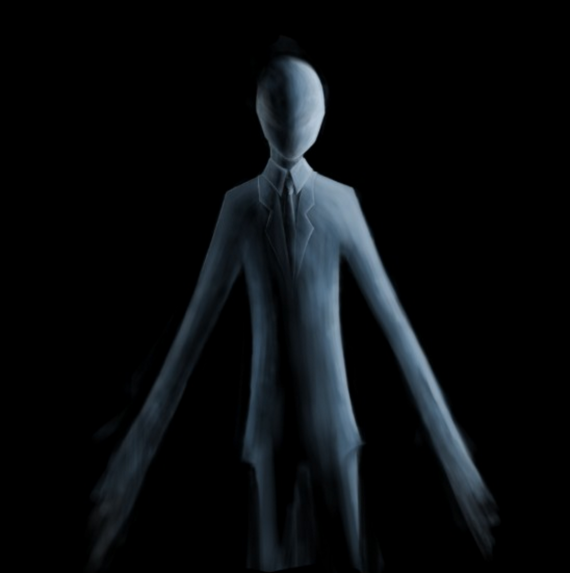 Looking at more recent events and happenings, perhaps there are comparisons that could be made between the "monster" appearing in the series, and the urban legends involving "Slender Man", a fictional being with a notably similar, faceless appearance to the eerie antagonist in Stranger Things. The Slender Man character had its origins on the Something Awful forums as recently as 2009, upon which a familiar mythos of a silent, stalking monster that kidnaps children has been built; Slender Man is most notable today, however, for the character's role in a 2014 stabbing incident in Wisconsin, which involved two 12-year-old girls who tried to kill one of their peers, in a stabbing that paid homage to the non-existent Slender Man character.

However, there is perhaps no element in Stranger Things which borrows from reality in any way more unsettling than the inclusion of references to the CIA's Project MKUltra. This comprised illegal mind control experimentation that were carried out by the agency, in conjunction with a number of American Universities and other facilities, which allowed for participation by researchers and experts who remained unaware of the broader focus of the program. It began in the early 1950s, and continued secretly for close to two decades (possibly longer), and incorporated a host of unsavory activities that ranged from administration of hallucinogens, to sexual abuse and torture of "patients" involved in the program. The majority of the documentation accounting for the atrocities the CIA carried out in the MKUltra years were destroyed coinciding with the program's official termination in 1973.

The popularity and critical acclaim Stranger Things has received mostly good reviews, as well as a lot of discussion online about the various hidden (and not-so-hidden) references it features, as well as behind-the-scenes secrets about the show, and even ways that the budgetary constraints while filming actually made the show better in the long run.

Because of these unique factors, as well as a fine bit of foresight and, frankly, pure art that the Duffer Brothers and other staff put behind this project, Stranger Things has all the workings an instant cult classic. In an era where so much of the cinematic experience relies heavily on remakes, reboots, and, frankly, rehashing of countless old and already overplayed ideas, Stranger Things presents us with some much-needed fresh air, while still catering to that nostalgic "nerdiness" that so many of us really do enjoy.

Tiny Neural Dust Implants Monitor the Human Body From Within