The Last, Lonely Mammoths Were Driven to Extinction by Thirst

While some scientists are hard at work on the de-extinction of the mammoth, others have finally determined what killed the last, rather lonely giant herbivore population in Alaska. Some time, around 5,600 years ago--when all mainland mammoths had died off--the mammoths of St. Paul Island were dying of thirst, after persisting in isolation for several millennia.

The mammoths of the 100 square kilometer St. Paul Island, Alaska, were cut off from their mainland relatives when sea levels rose and transformed the what was a land bridge between Asia and North America into an island habitat. And for a time it proved relatively hospitable; while the mammoths' mainland relatives were killed off between 14,000 and 13,200 years ago, the island community soldiered on for at least 8,000 years as humans far away developed the wheel. 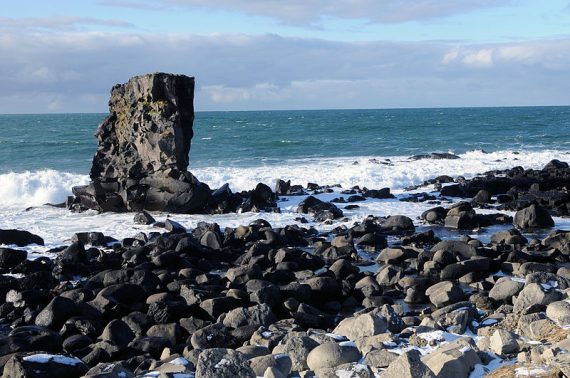 It was determined in 2004 that the St. Paul mammoths has continued on for some time, and so a team of scientists looked at several different forms of evidence in an effort to pinpoint the exact date of the mammoths' extinction. And by examining the remains of mammoths from the region, traces of DNA found in sediment and three different fungi that thrive in mammoth dung, they got an answer: 5,600 years ago. Plus they found out a lot more.

As Russell Graham from Pennsylvania University told the Atlantic:

The nice thing about the [sediment] cores is that they told us not just when the mammoths went extinct, but all this other information about climate. And that told us what caused the extinction. 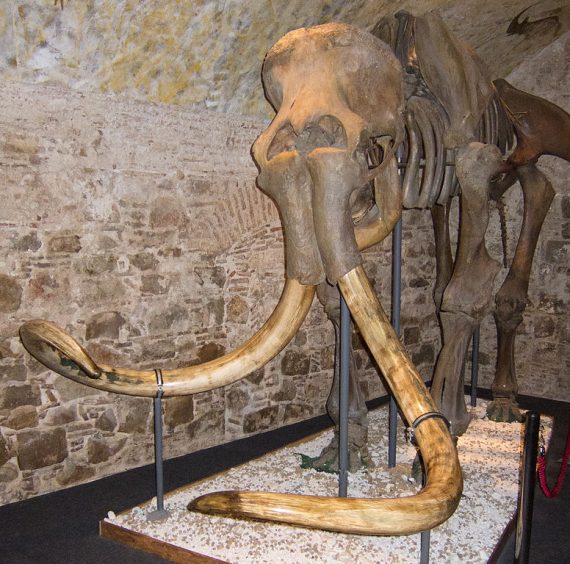 And the cause of the extinction was, in essence, thirst. Mammoths need rather a lot of water in order to drink and keep cool, and when St. Paul island became an island it left the mammoths without any rivers; their only source of freshwater were shallow lakes. But a changing climate contributed to sea level rise, and lead to salt water intrusion into these lakes.

As their available water sources diminished, the mammoths likely inadvertently hastened their own demise by trampling vegetation, eroding the banks of lakes and gradually filling them with mud.

So with the precise date of the mammoth's extinction pinpointed, we now know they overlapped with the age of modern humans. And as the scientists point out in their study, their down fall--rising sea levels and reduced availability of salt water--is a prescient threat for small island communities to this day.