This Greenland Shark Was Born Sometime Around 1620

Deep in the Arctic Ocean lives a decidedly peculiar-looking, slow-moving, slow-growing sub-species of grey shark that scientists now believe are the world's oldest vertebrates. Researchers from the University of Copenhagen conducted novel experiments to determine the age of 28 deceased female Greenland sharks, and found that the largest of them--16.5 meters long--was born sometime around 400 years ago, and died only recently.

The study, published this week in Science, found that eight of the 28 sharks were at least 200 years old, and the supreme matriarch appears to have been born between 1500 and 1740--with the most likely date of birth being some time in 1620. Even at the youngest possible end of the spectrum, that would make that particular Greenland shark far older than the previous holder of the "world's oldest vertebrate" record, a 211-year-old bowhead whale. 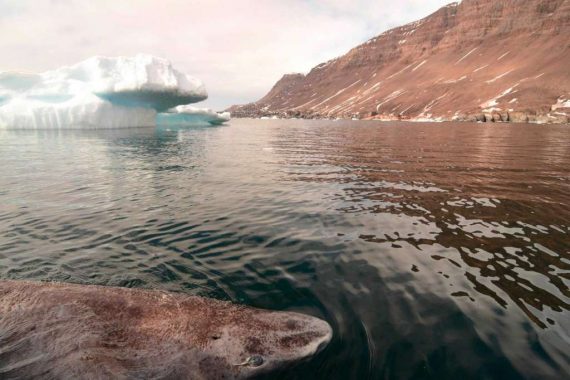 The reason for the very large margin of error for the sharks' estimated ages lies in the unusual method the researchers used to calculate the age of the creatures. They utilized radiocarbon dating of the sharks' eye lens nuclei. These cells develop before birth, and as such contain markers of their environment at that time. Using this they were able to easily determine that the smaller sharks--220cm or less--were born in the 1960s or later, as they carried signs of the radiocarbon bomb pulse, which comes from marine contamination from carbon-14 produced by nuclear tests in the 1950s.

The larger sharks did not show signs of this pulse, indicating that they were born prior to the age of nuclear experimentation, and radiocarbon dating of the eye tissues provided the--albeit broad--estimates of age. 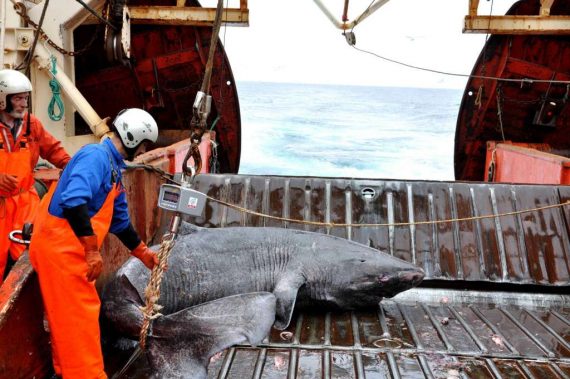 And while 400 years might seem like an awfully long time to spend swimming in cold, dark, water, the researchers note that the sharks grow at the staggeringly slow pace of one centimeter a year, and reach sexually maturity around the age of 150--when they get to around four meters long.

For more on the freakishly old Greenland shark, check out this week's MU Podcast.

Leather Made from Mushrooms