With the launch of the world's first quantum satellite this week, a long-held idea, mostly kept to the realms of fiction, is back on people's minds: teleportation.

According to China's news agency Xinhua, the satellite was launched into orbit atop a Long March-2D rocket. The launch took place at the Jiuquan Satellite Launch Center in the Gobi Desert.

According to a press release, "the satellite is designed to establish ultra-secure quantum communications by transmitting uncrackable keys from space to the ground."

"It could also conduct experiments on the bizarre features of quantum theories, such as entanglement," Xinhua reported.

Officially dubbed the Quantum Experiments at Space Scale (QUESS), the satellite weighs in at more than 1300 pounds, and has been given the nickname "Micius", borrowed from one of the names of the ancient Chinese philosopher Mozi, founder of the school of Mohism, which emphasized introspection and self-restraint rather than a mechanical reliance on ritualism. Micius is also recognized by some as the first in history to conduct experiments with the human eye.

Transporting ourselves back to the idea of teleportation, the utilization of QUESS's "ultra-secure quantum communications" holds the key to what has excited scientists so much about the satellite. As Quartz reported earlier this week, "This satellite is designed to literally teleport information, to distances 1,200 kilometers (746 miles) away."

In most fictional representations, teleportation involves the concept of transmitting matter across space instantaneously, which can be accomplished in a number of imaginary ways that might include the use of portals or material disassembly and reconstitution, often aided with advanced technology, superhuman abilities, or even magic.

In terms of its origin and early usage, the word "teleportation" has a surprising bit of history attached with it. First used formally in print in 1931, the word was employed by Charles Hoy Fort in his book Lo!  as a motif by which he hoped to describe, and perhaps explain, certain unexplained phenomena:

"Mostly in this book I shall specialize upon indications that there exists a transportory force that I shall call Teleportation. I shall be accused of having assembled lies, yarns, hoaxes, and superstitions. To some degree I think so, myself. To some degree, I do not. I offer the data."

Though Fort is credited with the first formal use of the term Teleportation, there is an earlier instance where the term "teleport" is known to have appeared (albeit a curious, and quite hilarious one). 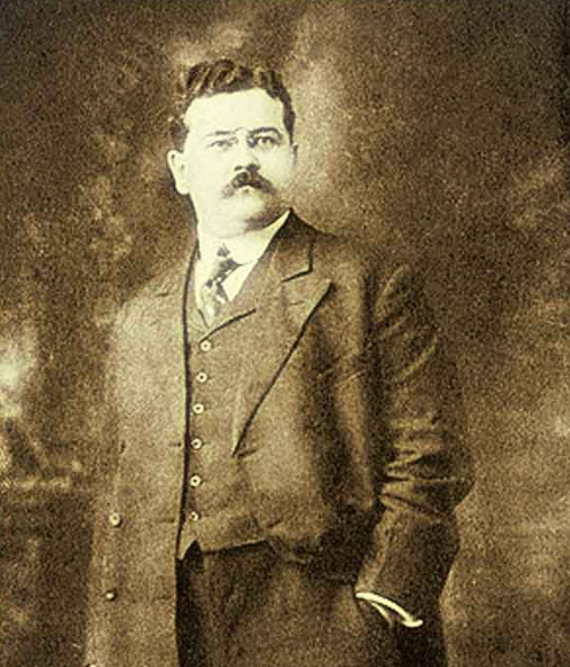 The Saturday, June 29, 1878 edition of The Capricornian featured a doubtful news story of a remarkable invention, described thusly beneath the simple title of, "The Latest Wonder":

"The Indian journals supply particulars of a new invention whose reality is at least doubtful. The teleport (says a Bombay paper) is an apparatus ' by which man can be reduced into through a wire and reproduced safe and sound at the other end!" The apparatus consists of a powerful battery, a large metal disc, a bell-shaped glass-house, and a large iron funnel connected with the wire. An experiment, or an alleged experiment, is described as follows : — A dog was placed on the metal disc, and a "powerful current" was applied to it; after a while the animal disappeared, and was found at the other end of the wire contentedly gnawing a bone, just as it was doing before it was "transported".

"Afterwards a boy was experimented upon. Under the glass house, it is reported, the inventor of the machine "placed a Goanese boy, Pedro — who was grinning as if he thought it a good joke — and we suspect it was not the first time he had been in the house. The current was again applied to the under part of the discs and the same effect was observed as with the dog. The house was instantly filled with a vaporous man whose distinct until they disappeared. Even the grin was discernible as a mere film of vapour — in fact it seemeded to us that the grin remained even after the body had disappeared. In fifteen seconds Pedro was gone; but they found him also at the end of the wire." It was then attempted to send the boy and the dog along the wire at once, but by an unfortunate accident the "infintesimal atoms'' of the boy and those of the dog got 'mixed' in transita and the result was, that they both, looked dreadfully unnatural creatures."

The "report" continued saying that, "by means of the teleport a man will be able to travel from India to England by submarine cable in a few minutes," though noting doubtfully that while, "the telephone and the phonograph have opened the way for many novel applications of electricity...  they have not prepared us for such an invention as the so-called 'teleport'."

If this story of the ill-fated experiment which resulted in the blending of dog and boy into "dreadfully unnatural creatures" sounds familiar, you aren't alone. This silly newspaper item, dating all the way back to 1878, appears to summarize the basic plot narrative of the 1958 sci-fi thriller (and its subsequent 1986 remake), The Fly, in which an archetypal "mad" scientist, Andre Delambre, creates a machine that can transport matter between two locations. However, he learns the hard way that this modern "wonder" has dangerous side effects, as a fly accidentally enters the chamber with him, mixing their atoms and causing Andre to become reassembled with the head and arm of a giant, mutant fly. 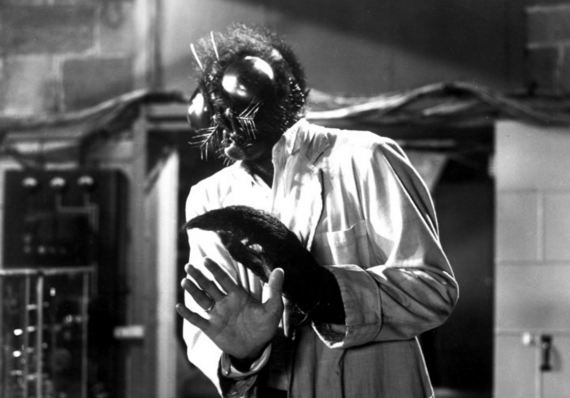 Each of the film renditions were based on an earlier short story of the same name, written by George Langelaan and published in Playboy Magazine in 1957 (it was also featured in his short story collection Out of Time). Considering the similarity between Langelaan's story, and the earlier newspaper hoax from the 1870s, one can't help but wonder if the latter might have served as inspiration for the former!

Although China's QUESS satellite hasn't quite brought us into Charles Fort's realm of "teleportation" (nor, thankfully, that of Langelaan's frightening tale of transmogrification), it nonetheless presents a unique footnote in the history of science fiction, and the way it is mirrored with the furtherance of modern science.

What is the Mysterious “Nooscope”? Let’s Ask Putin’s New Chief of Staff