Venus May Have Been Habitable When Life Formed on Earth

If you were looking at our solar system from a planet orbiting another star, you might speculate that there’s life on two planets: Earth and Venus. They have about the same size and mass, both orbit in or close to the sun’s habitable zone and both have atmospheres. Of course, a closer look reveals that the high temperature on Venus, its lack of water and its toxic air kill any chances of life today. However, a new study suggests that this might not have always been the case and that Venus could have been teeming with life while Earth was still struggling to create it.

It’s one of the big mysteries about Venus. How did it get so different from Earth when it seems likely to have started so similarly? The question becomes richer when you consider astrobiology, the possibility that Venus and Earth were very similar during the time of the origin of life on Earth. 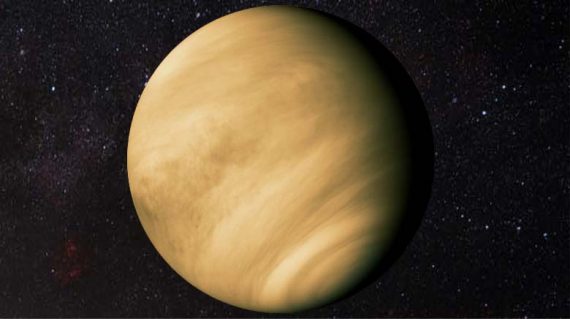 David Grinspoon of the Planetary Science Institute in Arizona was part of a NASA team modeling various climate conditions on Venus between 2.9 billion and 715 million years ago. They created four scenarios with variations on things like the amount of solar energy received, length of a Venusian day and presence of a shallow ocean covering 60 percent of its surface.

Michael Way of the NASA Goddard Institute for Space Studies in New York City detailed the team’s findings in Geophysical Research Letters. They found that one model showed a Venus forming with moderate temperatures, a thick cloud cover to protect it from solar radiation and conditions that could cause snowfall. If those conditions actually existed at some point in its history, Venus would have been habitable and possibly have had life … before everything mysteriously boiled away 715 million years ago. 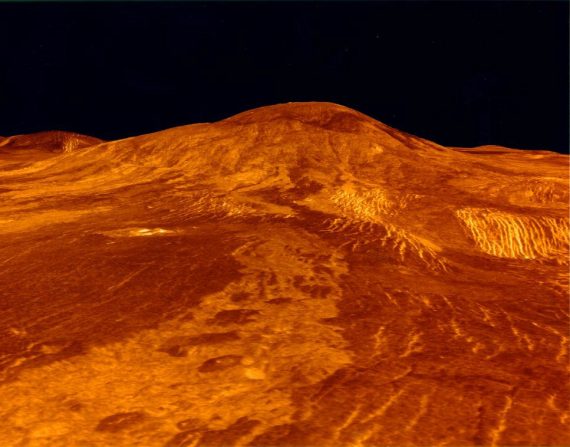 Is this model proof of one-time life (women or otherwise) on Venus? Michael Way is cautious in his answer.

There’s great uncertainties in understanding Earth, not only its climate history but the history of how life began. There’s no reason that life on this world would not have existed in these oceans. But that’s about all you can say.

The researchers plan to run more models with other variations in Venusian climate conditions. They are also are pushing for approval of the Venus Emissivity, Radio Science, InSAR, Topography, and Spectroscopy mission (VERITAS) – a surface topography mission – and the Deep Atmosphere Venus Investigation of Noble gases, Chemistry, and Imaging (DAVINCI) which would send a probe into its atmosphere.

If they find evidence of one-time life on Venus, will we have to change our songs?