There’s at least three sides to every story about Alaskan Pyramids – structures rumored to be older and larger than the Great Pyramid at Giza – and the Alaskan Triangle – the alleged location of the pyramids and an area as notorious as its Bermuda cousin for disappearances and plane crashes. A video has been circulating this week about the Alaskan Pyramids so it’s a good time to see if there’s anything new to report.

The most repeated story about one Alaskan Pyramid goes back to 1992 when China conducted an underground nuclear test that allegedly concerned some U.S. scientists who set up seismic equipment in Alaska that picked up nothing new on the nuke but instead found indications of a giant underground pyramid. The discovery was allegedly (sorry, but the word will appear a few more times) reported by a “Channel 13 out of Anchorage” but the scientist who visited the station the next day to get a copy of the video was allegedly told there was no such broadcast.

Twenty years later, Douglas A. Mutschler, a retired military officer who claimed to have seen the Channel 13 report, gave this information to investigative journalist and ufologist Linda Moulton Howe. Howe confirmed the nuclear test but seems to agree with Mutschler that the location of the underground pyramid and any information about it has been covered up by someone or some organization.

What about the new video? Well, it’s not exactly new. It seems to date back to at least 2013 and the pyramids it refers to are different than the underground one. The “team of explorers” who found them have not been identified, nor have any subsequent or future expeditions been revealed. And yes, the alleged pyramids look like well-angled mountains. 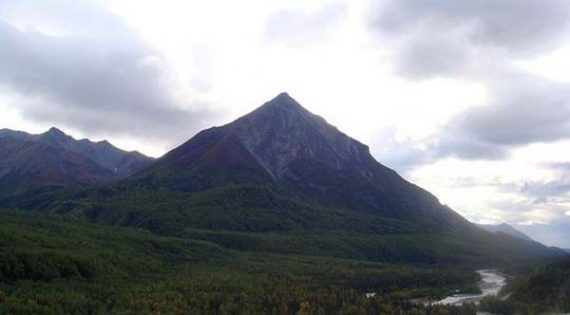 Both accounts refer to the Alaskan Bermuda Triangle or Alaskan Triangle and that’s another interesting location with some better information. The corners of the Alaskan Triangle are Juneau, Anchorage and Barrow at the northernmost point and tales of people and planes disappearing in the area have been around for years. 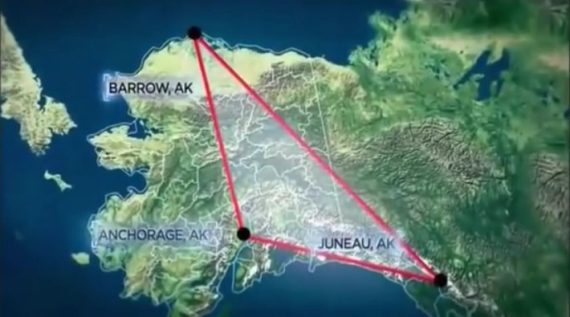 It’s a big, wild and sparsely populated mountainous area so disappearances are not unexpected, but some of the numbers discussed are unbelievable. Cryptozoologist and co-host of the History Channel TV series Missing in Alaska Ken Gerhard said in an interview earlier this year on Coast to Coast AM that 53,000 people have disappeared in Alaska since 1988, mostly in the Triangle. A plane carrying 44 people vanished in 1950 and a plane carrying U.S. Speaker of the House Hale Boggs disappeared in 1972.

So, did the old video making the rounds again reveal anything new about either the Alaskan Pyramid (or pyramids) or the Alaskan Bermuda Triangle? Not really. However, it brought both of these interesting and mysterious tales back into discussion and that’s always a good thing.