A Strange Tale of a Monster of the Deep

A fascinating and harrowing encounter with a monster of the oceans occurred in the early summer of 1903, and involved a number of individuals. They were Captain W.H. Bartlett, Second Officer Joseph Ostens Grey, and the rest of the crew of the cargo steamer, Tresco. Captain Bartlett and his crew had sailed from Philadelphia, USA just forty-eight hours earlier. All was well and completely normal – for a while, at least. When they reached a point around ninety miles off of Cape Hatteras, however, the crew noticed that the water appeared decidedly disturbed and inexplicably oily. High-strangeness was afoot.

Suddenly, and rather incredibly, a group of around three to four dozen sharks were seen racing through the waters, almost as if something terrifying and deadly was in hot pursuit. It turns out that was exactly what was going on. And, it must be said, there are very few things that frighten sharks! Shortly afterwards, and at a distance, the crew saw what they first took to be a boat, possibly one that had capsized and with the bottom of the hull protruding out of the water. A boat, it was not. It was much stranger. 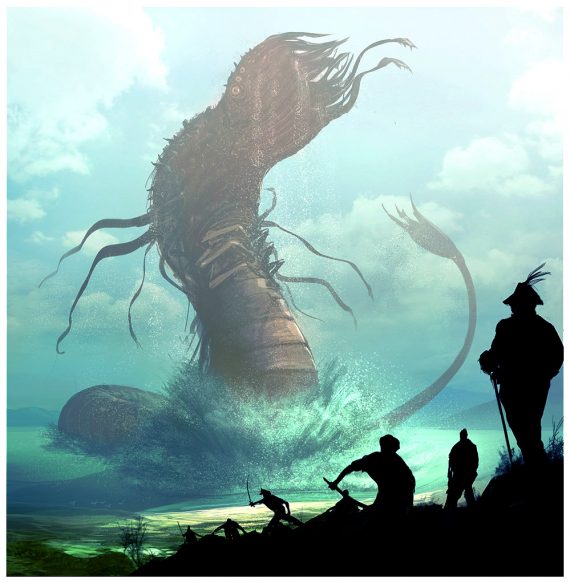 That much was in evidence when a huge head and neck surfaced from the water, revealing that what the crew had encountered was a huge animal of a distinctly unknown and massive kind. An understanding of the sheer size of the leviathan can be gained from the description of the neck. It was, said Captain Bartlett, "as thick as a cathedral pillar."

As the crew tentatively and carefully closed in, they were astonished to see that the monster most closely resembled a classic dragon of ancient Chinese lore and mythology! What was perceived to be nothing stranger than a legend, just might have been something else, entirely. It was described as being in excess of 100 feet in length, had a width of around eight feet, and had a pair of wing-like protuberances, one on each side of its long body.

The entire body was scaly and green in color – further amplifying the dragon-like associations. The most detailed and amazing description came from Second Officer Grey, who had the good presence of mind to quickly write the details down, as soon as the encounter was over. He committed the following to paper:

"There was something unspeakably loathsome about the head, which was five feet long from nose to upper extremity. Such a head I never saw on any denizen of the sea. Underneath the jaw seemed to be a sort of pouch, or drooping skin. The nose, like a snout upturned, was somewhat recurved [sic]. I can remember seeing no nostrils or blow-holes. The lower jaw was prognathous, and the lower lip was half projecting, half pendulous. Presently I noticed something dripping from the ugly lower jaw. 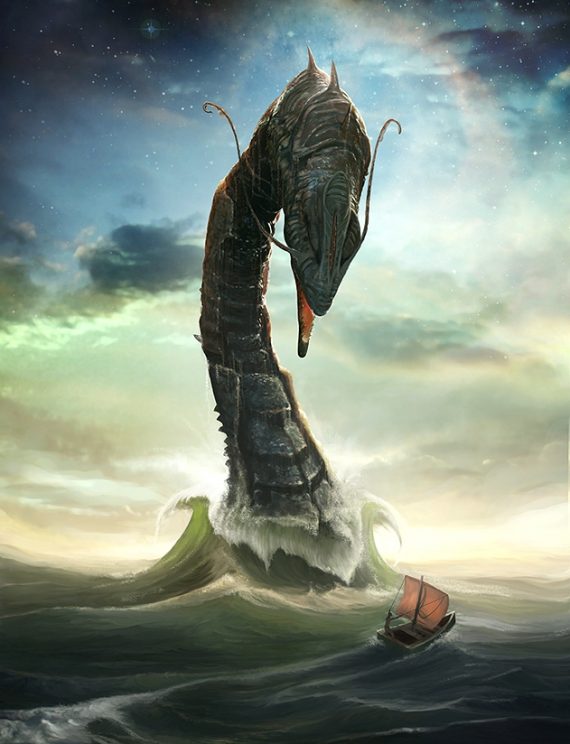 "Watching I saw it was saliva, of a dirty drab color. While it displayed no teeth, it did possess very long and formidable molars, like a walrus’s tusks. Its eyes were of a reddish color. They were elongated vertically. They carried in their dull depths a somber baleful glow, as if within them was concentrated all the fierce menacing spirit that raged in the huge bulk behind."

Clearly aware it was being watched, the dragon made a menacing warning in the direction of the crew: it violently thrashed its tail in the water for a few moments, and shook the boat in a precarious fashion. Fortunately, and evidently, when the monster was done and satisfied that it had made its point, it sank beneath the waves, never to be seen again by the crew of the Tresco.

Whoppers! A Brief History of the Most Raucus American Hoaxes