The chances of us bringing back bugs from Mars is actually very small, but obviously, we have to assume the worst and plan for that.

“Assume the worst and plan for that” sounds like a good motto for the European Sample Curation Facility, a project whose purpose will be to isolate and contain any alien life forms brought back to Earth from Mars, comets or any other space bodies Earth ships visit, mine or bring back living souvenirs from – knowingly or otherwise. You mean we don’t have one yet? Then again, who wants an Alien Life Container in their backyard? 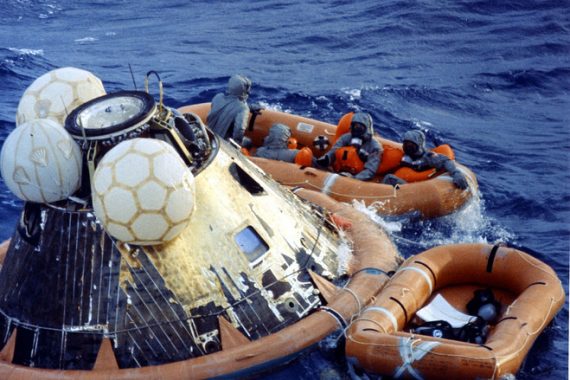 When Apollo 11 came back from the Moon, the Command Module (which contained everything brought back and was never on the lunar surface but had been docked with the Lunar Module which was) splashed down in the Pacific, hopefully not contaminating the water. Divers who met the module gave the astronauts Biological Isolation Garments to wear (opening the module in order to pass them in), rubbed them down with a sodium hypochlorite solution and cleaned the floating module with Betadine to remove any lunar dust or clinging life forms. For some reason, the raft containing the decontamination materials was then intentionally sunk (poor fish). 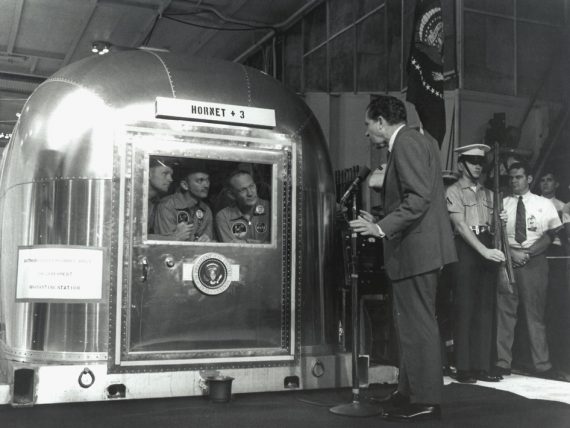 Everything was taken to a ship with President Nixon onboard (would we expose any world leaders to this kind of possible contamination today?) and the astronauts were kept in a Mobile Quarantine Facility for 21 days. The Command Module was placed on a dolly and put on display outside the module. Before exiting quarantine, the astronauts had to fill out customs forms. Who cares if they brought back alien life as long as the proper paperwork was filed?

This may have seemed like good alien life containment back then, but times have changed, says Professor Sara Russell from London’s Natural History Museum who is coordinating a research project called EURO-CARES to plan the European Sample Curation Facility, as well as transport and re-entry plans for the samples.

We have to have a plan for if there are life forms. It will be designed to eliminate any chance of a potential life form getting loose and contaminating our ecosystems on earth.

This planning is in anticipation of a sample return mission to Mars in the 2020s – not that far off. Is that enough time to answer some critical questions like:

Do you decontaminate the outside of the spaceship or check it for life forms?

How do you prevent any kinds of leaks?

What happens if the spaceship crashes?

Where should the containment facility be located?

That’s just a small portion of what must be an extremely long list of questions. Are there any you’d like to add before the European Sample Curation Facility gets its first sample?