A mere two weeks after the appearance of a fuzzy video that many believe shows an extinct Tasmanian tiger roaming a suburban neighborhood in Adelaide, another one surfaces of a 2008 sighting of another possible Thylacine, this time in Victoria. Are we getting closer to proving that this mysterious creature has somehow escaped extinction?

We believe this a thylacine, caught on camera at dusk in South West Victoria in 2008. The animal is approximately 200 meters from the DV.

The video was released on September 16, 2016, by Neil Waters, founder of the Thylacine Awareness Group of Australia. He states that the features he sees leave him with no doubt it shows a thylacine.

The unnamed owner of the video claims she has seen a variety of these creatures at least 12 times and knows it’s not ordinary area wildlife, like a fox, because of the strips on their rears and what she calls a “prehistoric looking head.”

As in most cases, there are many questions about the video and the testimonies. While it could be a thylacine, the video isn’t clear enough for a positive identification. However, Waters suggests that the animal’s walk is sufficiently different from a fox or dog to rule them out. The video’s owner agreed, stating she saw one urinate and it didn’t assume the same position dogs use when doing their business. Also, she claims she saw one in the same are as a fox and they looked different.

This thylacine here was a lot bigger and broader than the fox.

Why did the woman wait so long to release it? Was she concerned about ridicule? Was she encouraged by the response given to the recent video of a possible Tasmanian tiger in Adelaide? Was the Thylacine Awareness Group behind keeping it hidden for so long? Is it building up to a big announcement as it suggested two weeks ago when it released the Adelaide video?

Waters says he has no doubt this is a Tasmanian tiger, yet he also points out that it could be a sub-species of thylacine. That’s interesting since there’s been no evidence of a thylacine sub-species before. Could this be the big discovery his group has made? Have they found a thylacine mix? What species could they successfully breed with?

Waters seems convinced that the attention the recent videos are generating will help in the hunt for the thylacine.

Science is demanding evidence but they've got to go looking for it. They sit on their bum waiting for us to find it and then deliver it to them. I accept they need proof but there's a lot of anecdotal evidence.

This video probably won’t convince ‘science’ but the number of them is mounting. 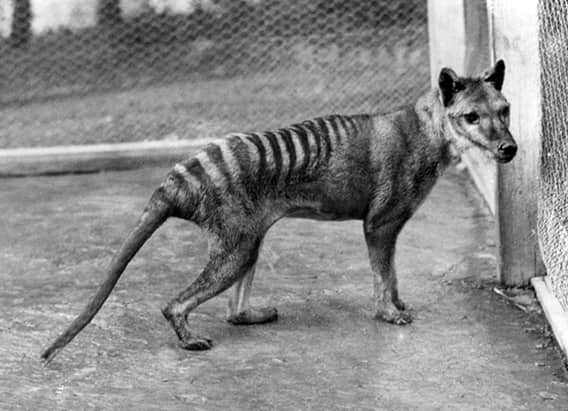