Vaquitas are the smallest porpoises in the world - only five feet long and 100 pounds.- and the rarest – only about 60 are known to exist. A big reason for their demise is something called aquatic cocaine. I’ll get the “great name for a band” laugh out of the way here because this is a sad story of greed and waste.

Those 60-odd vaquitas live in a small area (2,300 square meters) of the Gulf of California. Unfortunately, they share those waters with another rare species called the totoaba, a fairly nondescript member of the drum family. Well, nondescript on the outside – it’s what’s inside the totoaba that’s key to the potential extinction of both species, according to a new investigative report. Inside the totoaba is the aquatic cocaine.

That term is a nickname for the dried bladder of the totoaba. It is believed to have medicinal powers in the country that seems to believe all rare creatures have medicinal powers – China. As in many of these cases, the powers are mythical and not scientifically proven, but that hasn’t stopped the greed that drives the price of a single bladder to $5,000 and gives the totoaba the nickname “money fish” and the bladder “aquatic cocaine.”

What do the money fish have to do with the vaquitas? The nets of totoaba poachers (both species are on the endangered species list) also catch the vaquitas, where they die trying to escape or are killed by the poachers. The population of vaquitas has dropped from 567 in 1997 to only 60 today, making it officially the world’s most endangered marine mammal.

Ironically, the vaquitas may be the key to saving both species. The “little cows” are one of those “cute” creatures with a stubby nose and panda eyes. If its looks are the reason humans join the fight against poachers and rich greedy humans to save both the vaquitas and the totoaba, so be it. 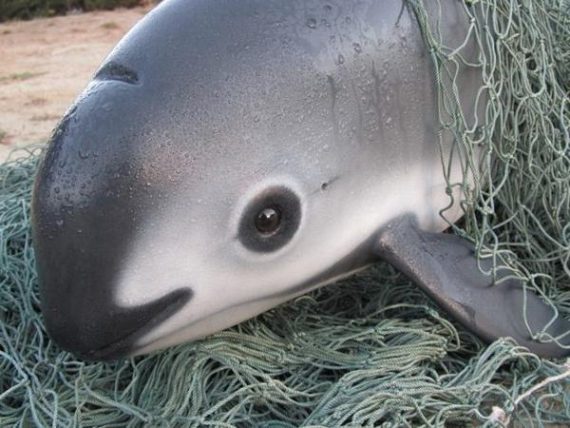 The Mexican government is already using its Marines to patrol the Gulf of California with boats and helicopters, has banned all gillnet fishing in the area and even pays fishermen to stop fishing. Unfortunately, the money in the “money fish” is attracting drug cartels. The Chinese government doesn’t seem to interested in getting involved.

Fish bladders … ivory … shark fins … rhino horns. The cause of many animal extinctions continues to be human greed and ignorance.

Oxygen May Hold Key to Evolution