We’re nearing the end of summer in the Northern Hemisphere and, depending on where you live, your definition of “how hot is too hot too stand” may have changed since last year. Most would agree that 121 degrees Celsius (249.8°F) is too hot and that includes microbes living around a volcanic vent on the Pacific floor that has been measured as the hottest spot on Earth that still sustains life. However, some Japanese scientists want to go hotter and deeper in the belief that life can stand more heat.

Over the next 60 days, we have an unprecedented opportunity to learn more about when temperatures become too hot for microbial life to survive below the seafloor. 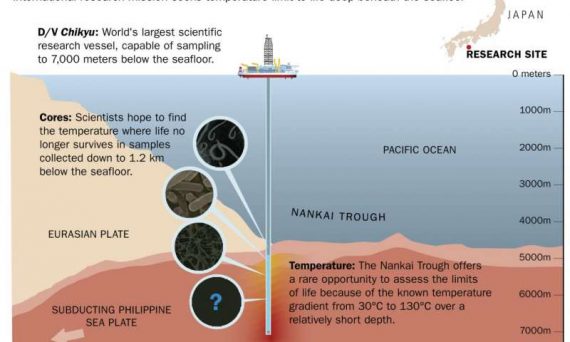 Dr. Verena Heuer is the co-chief scientist on an expedition beginning this month to drill into the Earth’s crust under the Nankai Trough 120 km (74.5 miles) off the coast of Japan in the Pacific Ocean. The Nankai Trough is 4.7 km (2.92 miles) deep and the researchers will drill another 1.2 km (.74 miles) to collect samples in an attempt to find the point where it’s too hot for even microbes to live and reproduce – the so-called “biotic fringe.”

The drilling is just one part of the International Ocean Discovery Program's (IODP) Expedition 370: T-Limit of Deep Biosphere off Muroto whose purpose is to investigate the role of deep carbon in everything from the origin of life on Earth to the formation of oil and gas. This is an unprecedented technological project, says Dr Stephen Bowden, one of the researchers.

Based on previous IODP data, we expect to find the upper temperature limit of life beneath the sea floor to be between 90°C and 120°C, but this expedition is using more advanced technologies and analysis that could lead to a breakthrough in our knowledge. One of the lead scientists on the expedition has described it as being as complex as a space mission, and like a space mission there are vast opportunities for discovery.

The Japanese government conducted a comprehensive disaster drill on September 1st to prepare for a possible 9.1-magnitude earthquake in the Nankai Trough that would most likely result in the deaths of up to 238,000 people and the destruction of over 1.8 million buildings. Was the timing of the drill just a coincidence? 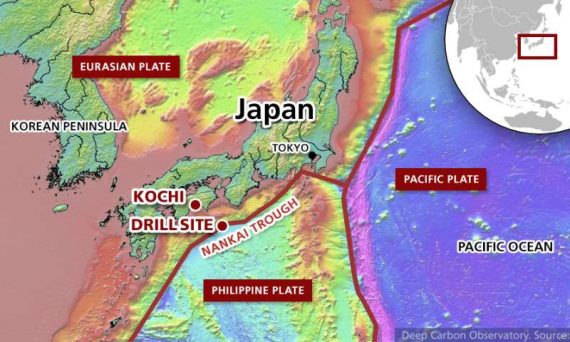 The Nankai Trough is located near the meeting of the Eurasian plate and the Philippine Sea tectonic plate, a hot spot that is estimated to have a geothermal gradient four times steeper than anywhere else in the Pacific.

So, they’re drilling a hole in a highly volatile area that could cause a massive killer earthquake in an attempt to find life that could easily thrive on a surface that keeps getting hotter. Are they looking for answers to the past or our replacements in the future?

Will they get to the bottom and ask, as Dorothy Parker once did:

What fresh hell is this? 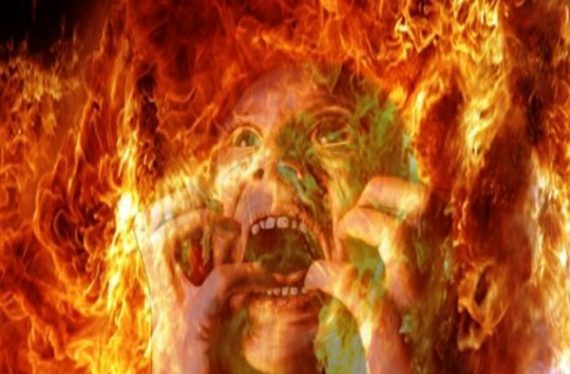 The Strange And Deadly Musical Properties Of Spider Webs