Eight-Foot Werewolf May Be Legendary Beast of Barmston Drain

In Halsham, England, an animal rescue worker who knows her beasts claims she and her friends recently encountered an eight-foot-tall fur-covered werewolf with a human face approaching their car on two legs. This is the same area where earlier this year there were reports of sightings of the legendary Beast of Barmston Drain, a similar creature with a famous past, and Old Stinker, another beast with extremely bad breath. Are they all the same or is the Halsham area under attack by a werewolf basketball team?

We were driving down this country lane on our way to get some pizza and my friend in the back seat said that he had seen a fox. I looked on my driver’s side and saw this beast on all fours who started to walk straight towards my car on two legs. It looked like a big dog, probably bigger than my car, but it had a human face. It also had this cream and grey fur.

Jemma Waller told local media that she kept driving and the beast - seen by everyone in the car (at least two other people) - ran off. They stopped at a gas station and the clerk suggested they had possibly seen the Beast of Barmston Drain, another eight-foot-tall, half-man-half-wolf that has been reported in the woods in nearby Hull since the 1800s when the Barmston Drain – an industrial channel for draining salt marshes – was built, giving beasts a good hiding place. Locals have recently petitioned Hull City Council to have a risk assessment done on the drain.

The werewolf’s reputation for bad breath comes from yet another British creature nicknamed Old Stinker because its breath smells like the corpses it was rumored to dig up and eat. That beast was rumored to roam wooded areas 40 miles north of Hull but could easily find enough cover to travel to Halsham to terrorize pizza-loving teens.

What did Jemma Waller and her friends see? Sightings of Old Stinker, the Beast of Barmston Drain and werewolves in the Hull area have occurred often enough with similar descriptions (8-foot, half-man-half-dog, bipedal) that locals believe they’re more than urban legends, mass hysteria, big dogs, pranks or alien big cats.

Like Jemma Waller, you may not want to know.

It just made us more scared and I didn’t get any sleep that night. It was just like a horror movie. 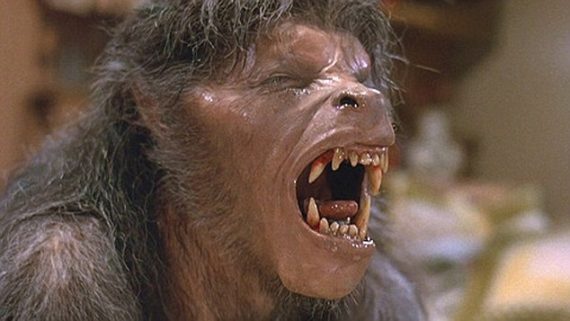