SpaceX has just conducted the first tests of their Raptor engine, which is designed to power the private space company's first colonial missions to Mars. Late on September 26, Elon Musk posted two photographs to Twitter, announcing that "SpaceX propulsion just achieved first firing of the Raptor interplanetary transport engine," at a facility in MacGregor, Texas.

Just over a week ago, Elon Musk teased that SpaceX's Mars Colonial Transporter is powerful enough to travel well beyond the red planet--and promptly renamed the currently-in-development craft the Interplanetary Transport System. The gradual release of details about the spacecraft comes as Musk is set to deliver a key talk at the International Astronautical Congress, in Guadalajara, Mexico this week. 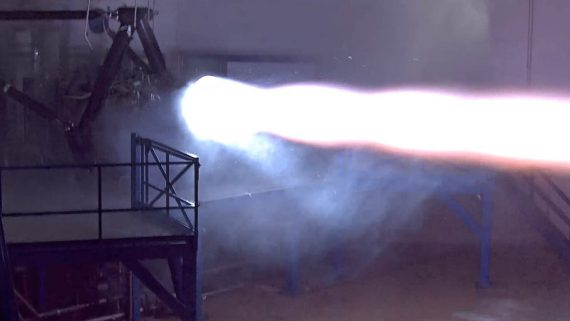 In his speech, titled "Making Humans a Multiplanetary Species" it is anticipated that Musk will outline his plans for the colonization of other planets--starting with a manned colonial mission Mars in 2024. Any colonization efforts will likely be a collaboration between SpaceX and other private and government entities, but with Elon Musk leading the charge, much attention is focused on the Interplanetary Transport System.

And in subsequent tweets, Musk revealed a few additional details about the highly-anticipated Raptor engines that will power SpaceX's next-generation BFR (Big "Falcon" Rocket), and the ITS itself. ,

Chamber pressure is almost 3X Merlin, so engine is about the same size for a given area ratio

All of which means the Raptor is about three times as powerful as SpaceX's Merlin-1D engine, of which 9 are used to power the company's Falcon 9 rockets--as of yet, there's no word on how many Raptor engines would be used to send the ITS/MCT into space. Unlike the Merlin engines, which are fueled with refined kerosene and liquid oxygen, the Raptor is fueled with liquid methane and liquid oxygen. 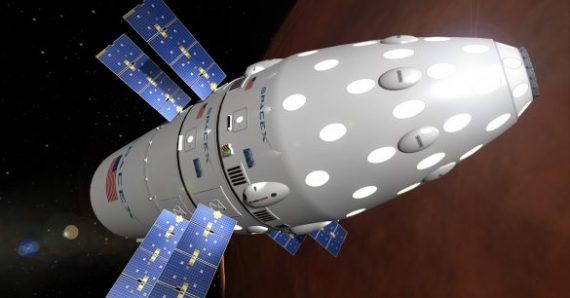 While there are, yes, a great deal of questions remaining as to how the Interplanetary Transport System will work, the photos from this weekend's tests do constitute a major achievement for SpaceX. As ArsTechnica points out, in the development of a spacecraft, the engine is pretty much the most important, most complicated, and most time consuming aspect of development.

And so far, at least, the Raptor engine can withstand test-firings.

Man Photographs Eight UFOs and Some Aliens in Three Months