While Elon Musk, Jeff Bezos and occasionally Richard Branson get all of the attention for their successes and failures in commercializing space travel and bringing it to the (rich) masses, a small Arizona firm is very close to implementing safe and affordable two-hour trips to the stratosphere for the unbelievably low price of $75,000 – no coupons needed. Why haven’t we heard about them? Could it be because we think rockets and planes are sexier than balloons? 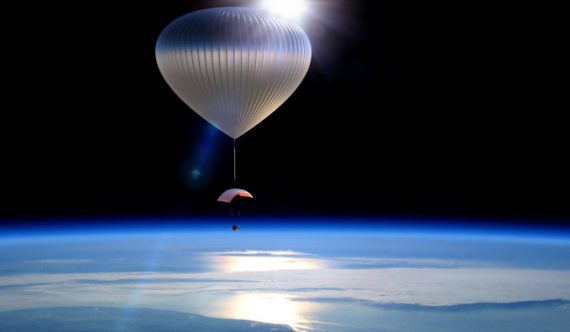 At the 2016 Arizona SciTech Festival held last week in Scottsdale, World View Enterprises CEO and co-founder Jane Poynter brought everyone up-to-date on the project in her address. If her name sounds familiar, it could be because she was a designer and one of the original crew members who spent two years in the sealed, self-sustaining habitat known as Biosphere 2. She later founded Paragon Space Development Corporation, a developer of sustainable technologies for extreme conditions.

Poynter founded World View in 2014 with aerospace engineers from the StratEx Space Dive program which successfully sent Google Executive Alan Eustace to 136,000 feet and back in a high-altitude balloon. Since then, the company has tested a 1/10th-scale model of its Voyager space capsule and this month successfully carried a miniature solar observatory to 100,000 feet on a five-hour high-altitude balloon flight for NASA. 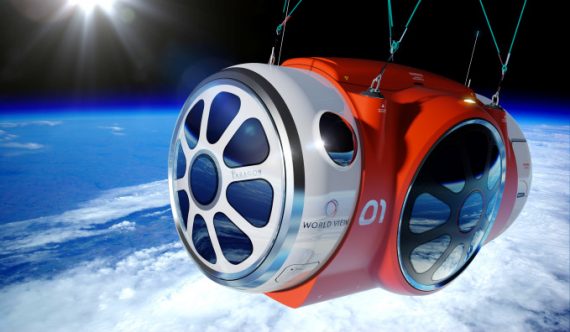 The Voyager is a big reason why $75,000 is a bargain. The pressurized capsule is big enough for six passengers plus two crew members, will provide a 360-degree view and have a bar, a restroom and Wifi. The Voyager voyage can last up to five hours with up to two hours at peak altitude of 20 miles. After the ascent and rest stop under the balloon, the capsule will return to the launch site via the Parawing parafoil. 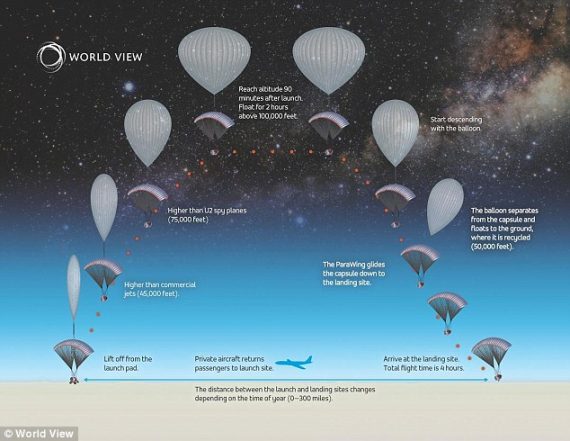 The technology behind World View has been used safely and successfully for decades. Complications are very rare [on the balloons]. That said, we won’t rest until every aspect of the flight system is meticulously designed, tested, and tested again. We’re building numerous safety redundancies into our flight system so that no matter what the scenario, we can safely return passengers gently and quickly back down to earth.

That’s a great applause line, Jane Poynter, but it leaves out a couple of critical points. One, the 20 mile altitude is far below the official 62-mile boundary of space and the Voyager passengers will not be weightless. Two, the full-sized Voyager and the ParaWing have not been tested together. That needs to be done pretty quickly to meet the company’s goal of holding its first manned flight in 2017.

Still, a two-hour vacation at 20 miles in space for the price of a luxury car sounds pretty attractive. And don’t forget the free Wifi!

Perceptions Can Now Be Altered With Neurofeedback