Volcanologists in Italy announced plans to drill 1.9 miles deep into the Campi Flegrei supervolcano under Naples – a supervolcano whose last two eruptions cause global catastrophes. What could possibly go wrong? Or, as the residents of Naples put it – “ARE YOU PEOPLE OUT OF YOUR MINDS????”

Are the residents of Naples overreacting? Hardly. Campi Flegrei (the name means "burning fields" - not a good sign) has had two known major eruptions big enough to have earned names. The Neapolitan Yellow Tuff occurred about 15,000 years ago while the Campanian Ignimbrite eruption took place 39,000 years ago. Both resulted in climate changes – the temperature drop caused by the Campanian Ignimbrite is partially blamed for the extinction of the Neanderthals. The last eruption in 1538 created the new mountain called Monte Nuovo.

Today, Monte Nuovo and the surrounding area is constantly monitored and experiences frequent tremors. In Pozzuoli, 15 km (9 miles) west of Naples, the ground has been shifting and uplifting for the past 50 years, including a damaging two meter (6.5 feet) rise that forced 36,000 residents to evacuate. It’s known to be bigger than Vesuvius and almost as big as Yellowstone and it's a caldera – a massive collapsed volcano forming a huge magma chamber under nearly the entire Gulf of Naples and surrounding coastal area.

Clearly, Campi Flegrei is not a supervolcano to be messed with. 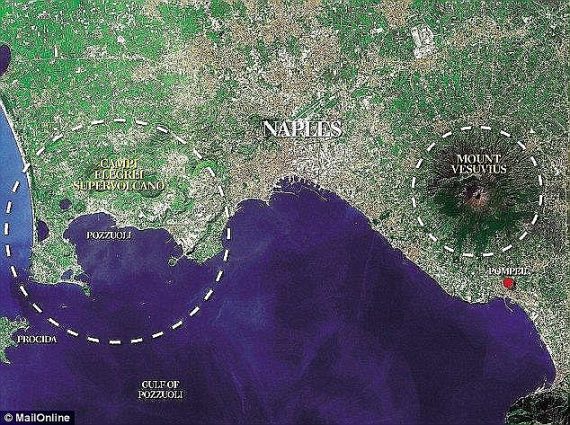 And yet … in 2008, a group of scientists proposed the Campi Flegrei Deep Drilling Project which would drill a 3.5-km (2.2 mile) diagonal borehole into it to bring up samples and install seismic equipment. They received approval and drilled a pilot borehole about 500 meters (1,640 feet or .3 miles). That drilling was suspended in 2010 due to safety issues.

We are sure that there is no risk for the population.

That’s Dr. Stefano Carlino, a volcanologist at the National Institute of Geophysics and Volcanology, who has gotten the old gang back together for another try. They recently installed an array of optical fiber sensors off the coast of Naples to monitor the magma activity. Carlino says he isn’t worried because the hole he wants to drill is only 1.9 miles (3 km) down while the bubbling, volatile and unpredictable (that’s why they’re putting seismic equipment down there, right?) magma is 4.97 miles (8 km) deep.

However, progress and drilling continue to be halted by pesky scientists and panicked Neapolitans who are afraid of Campi Flegrei erupting again but don’t want it to be human-induced. Dr. Luca De Siena, a volcanologist at the University of Aberdeen who has spent four years at the Vesuvius Observatory, which monitors Camp Flegrei, puts it best:

This is a perfect example of striking the balance between not doing enough to prevent a catastrophe, and doing too much.

Tough decision - one the people living around Yellowstone may someday have to make. Who will win? 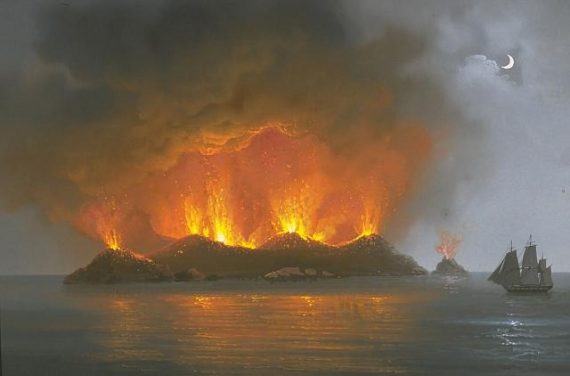