Looking Back at ‘Explorers’

I was four years old when Joe Dante’s Explorers landed in cinemas in the summer of 1985. It was maybe a year or so later when I first had chance to see it—a VHS rental from the convenience store at the bottom of my street. Its cover art beckoned me: a blanket of stars above, BMXs and skateboards below—the vehicles of youthful escape propped against a suburban fence, blinding light from some unseen wonder streaming through. ‘Who were these kids?’ I thought. ‘Where were they, and what had they discovered?’ From the tagline, I figured maybe aliens: “You don’t need a driver’s licence to reach the stars.” I was hooked. 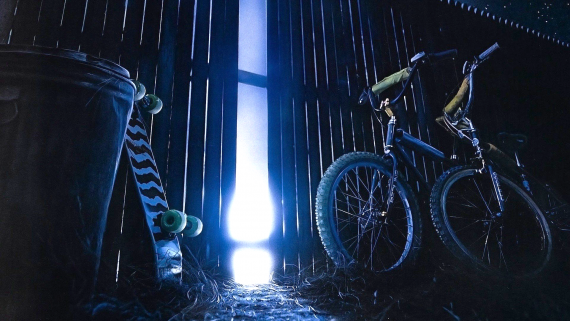 Over the weeks and months that followed, I watched that VHS almost to the point of ruin. I couldn’t get enough of a story in which three socially awkward boys secretly build their own spaceship out of scrapyard junk and boldly aim for the stars.

The plot follows enthusiastic dreamer, Ben (Ethan Hawke), nerdy genius, Wolfgang (River Phoenix), and rebel with a hard home-life, Darren (Jason Presson) as they attempt to make sense of a blueprint for an anti-gravity device ‘uploaded’ into their dreams by an unknown source. After Wolfgang cracks the mathematical formula, the boys gradually assemble their junkyard spacecraft. On their maiden voyage, an alien intelligence takes control of the craft, whisking it into deep space and into the belly of a mothership. The boys are both terrified and excited at the prospect of finally meeting an advanced extraterrestrial species—what wisdom might these higher beings impart? What cosmic profundity awaits?

Well, very little, it turns out. Instead of providing the warm Spielbergian embrace viewers were expecting, Explorers instead delights in eschewing established convention for alien movies in the 1980s. Spielberg’s E.T.: The Extraterrestrial had set the blueprint for the decade—when it came to alien contact, humanist sentiment and wonder were proven winners at the box-office, but Joe Dante’s weird little movie was very much a reflection of the director’s offbeat and self-reflexive sensibilities. Dante, after all, was he who had unleashed Gremlins on us the year prior. He makes films that wear their own celluloid as statements on genre (see, for example, The Burbs, Gremlins 2, and Matinee). 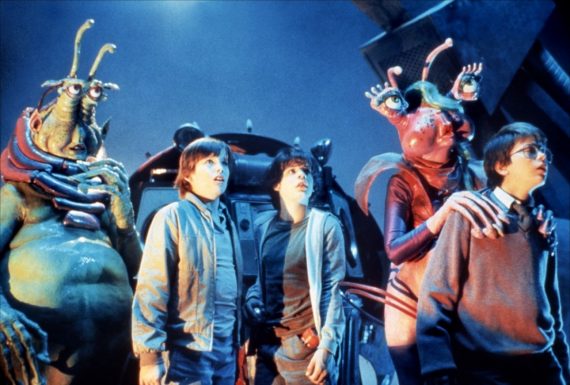 Dante’s movies, sometimes in whole, sometimes in part, are homages to the fantastical cinema that made him, loaded with subtle winks and nods to the audience, and to film buffs in particular. Explorers was no exception. This was a movie only too aware of its generic roots and conventions, comfortable with them to a point, but reluctant to be defined by them. So, when, instead of wizened celestial light-beings, the boys are met by goofy bug-eyed space brats with green skin and antennae, obsessed with the most superficial aspects of human culture, audiences simply didn’t get it.

The movie was a critical and commercial failure, due in part to its weirdness, but also due to significant production problems. The studio (Paramount) changed hands halfway through the shoot and the new bosses demanded Dante’s film be wrapped far ahead of schedule, leading to its hurried completion. Post-production was also cut short by a month on the studio’s whim so the film could be released in time for a bigger summer audience.

The resulting product was a great idea thrown together at the last minute and the cause of considerable anguish for its director. “The problem for me is that the movie you'll see is not the movie I wanted to make,” Joe Dante told an audience in 2008. “It's the movie I got to make up to a certain point and then had to stop. It's hard for me to look at it, cause it's not the film I quite had in mind.”

Dante also noted, “There was a lot of spiritual stuff in the movie that didn't make it in at all… there was a theory around at the time about the world mind and it was a concept I thought was interesting. We started to get into it and there was no way to make any sense out of it, so we just dumped all that.”

Of course, these behind-the-scenes troubles were unbeknownst to cinema audiences of the time, and what I today recognize as the movie’s structural bumps in no way lessened its appeal for me as a young boy. Through objective eyes, Explorers is very far from perfect, but it has gained a cult following over the years, and it’s not hard to see why. It’s a film full of charm and innocence featuring heartfelt performances from its three young leads, of whom only Ethan Hawke would enjoy career longevity (Jason Presson retired from acting in the early-1990s, and River Phoenix died tragically in 1993). Its soaring score by Jerry Goldsmith is arguably one of the famed composer’s finest of the 1980s, but Explorers is somehow more than the sum of its parts. It captures a mood and a yearning for the vast beyond in the same spirit as more celebrated films of its era, including Spielberg’s E.T., and its influence can be felt today, along with that of other ’80s ‘classics,’ in Stranger Things—one of the most popular and acclaimed TV shows of 2016. 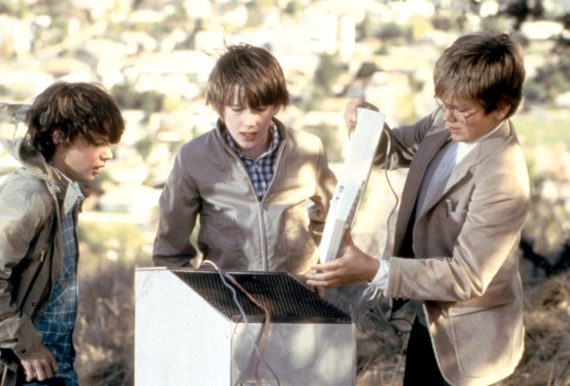 Watching Explorers as an adult is bittersweet for me. It recalls a time in my life free of responsibility, when the stars seemed brighter and a walk around the block could lead to untold adventure. I wonder where those years went, and I realize now it was inevitable I should go on write a book about flying saucers and Hollywood—research that would eventually lead me back to Explorers, and to Joe Dante. I would interview Joe on a couple of occasions. For him, I was just another voice on the end of the line. He would surely struggle to appreciate the deep and lasting impression his films had on my young psyche. For Dante, Explorers was a flop—a frustrating lesson in studio interference; a vision never fully realized. For me, the vision was complete, and its effect was profound. I’m 35 years old. When I look at the stars, I think of Explorers. I think of those BMXs and all they represented. When I look at the stars, I’m a child again.

Internet Abuzz With Doomsday Fears Ahead Of Rare Black Moon