With time running out on the Rosetta mission and not many places left to look, the European Space Agency (ESA) feared that the Philae Lander, which was lost just days after its rough landing on comet 67P/Churyumov-Gerasimenko in November 2014, would never be found. Then someone decided to look in a dark area next to a cliff … and there it was, smoking a cigarette and wondering what took them so long. 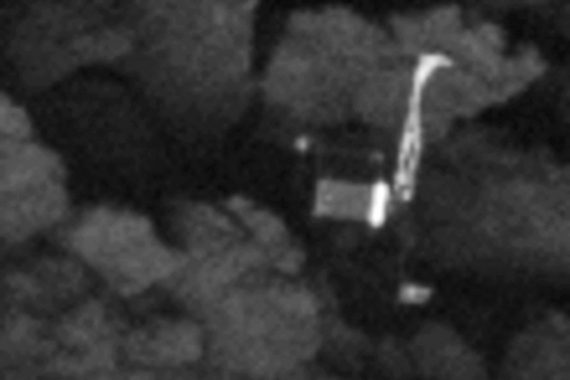 This wonderful news means that we now have the missing ‘ground-truth’ information needed to put Philae’s three days of science into proper context, now that we know where that ground actually is.

He’s referring to the three days that Philae was operational before its batteries ran out and it was unable to beam its exact location to Rosetta and ESA. A brief moment of activity occurred in June 2015 when it somehow got enough sun for the batteries to get a small charge, but it ran out before being able to determine and send its coordinates. 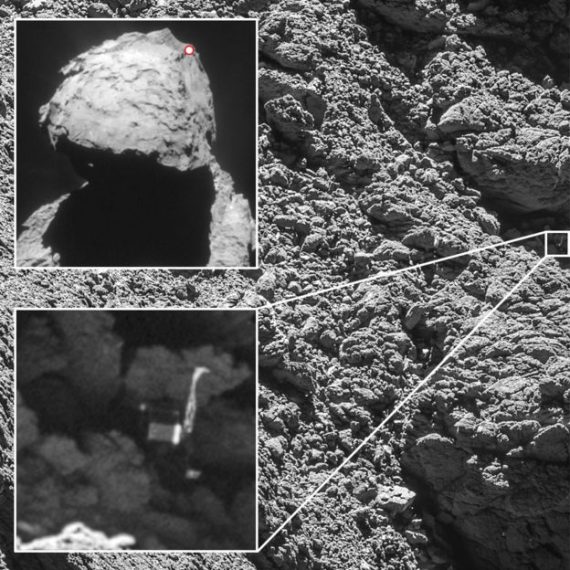 The photographs were taken by Rosetta's OSIRIS camera at an altitude of 2.7 kilometers (1.6 miles) above the comet on September 2nd and show Philae jammed into a crevice on its side with two of its three legs pointing upwards. The fact that the lander was wedged against the wall confirmed why it couldn’t move to a sunnier area to recharge. However, having accurate pictures of the exact landing site will help better understand the three days of data. 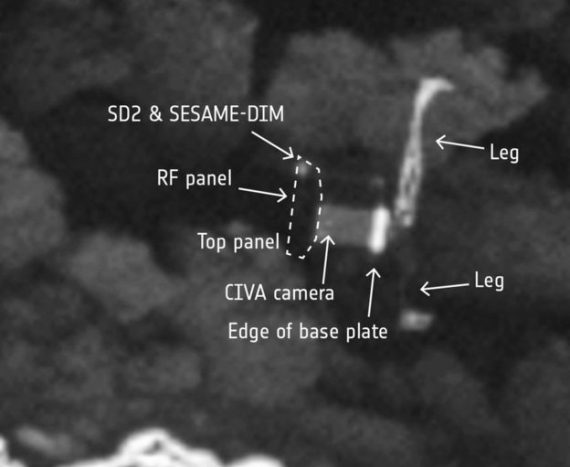 Professor Mark McCaughrean, ESA's senior science advisor, pointed out that the discovery has a psychological impact as well.

But it was probably just as important to provide some emotional closure for the millions who have been following both Philae and Rosetta through the trials and tribulations of their exploration of this remarkable remnant of the birth of our Solar System.

Especially with the impending doom of the Rosetta craft on September 30th when it records its own death spiral as it crashes into surface of the comet.

What else is lost on Comet 67P? We could get some real emotional closure if Rosetta’s last pictures show keys, socks and missing remote controls.