A ghostly long white snake with creepy cat eyes that allow it to see in the dark is going to come visit you tonight if you don’t eat your peas.

That sounds like a threat by a desperate mom but at least part of it may become a reality (not the peas part) in Madagascar where researchers have discovered a new species of snake that is a ghostly white with cat-like eyes.

Like many unusual discoveries, this one happened on an expedition to find something else. A team of scientists from the Louisiana State University (LSU) Museum of Natural Science, the American Museum of Natural History and the Université de Mahajunga in Madagascar were on a new path in the Ankarana National Park in northern Madagascar in February 2014 after hiking for 17 miles in the rain. They found the new species in grey limestone ‘tsingy’ rocks - a pointed formation similar to cave stalagmites.

None of the other snakes in Madagascarophis are as pale and none of them have this distinct pattern.

Sara Ruane from LSU writes in the scientific journal Copeia that cat-eyed snakes are common in Madagascar, but this Madagascarophis lolo (which means ghost in Malagasy) is unique because it lives among the pointy tsingy rocks (cat-eyed snakes are more likely to be found in forests and even in developed areas) and because of its ghostly white color that allows it to blend in with the pale limestone. As in felines, the vertical pupils of cat-eye snakes allow them to see at night.

Despite the fact that this was the only specimen of ghost snake the team found, Ruane says they captured specimens of the similar Madagascarophis fuschi snake and their genetic analysis at LSU proved they had discovered a new species.

Ruane was proud of the fact that the researchers endured hardships to find the ghost snake.

I think what’s exciting and important about this work is even though the cat-eyed snakes could be considered one of the most common groups of snakes in Madagascar, there are still new species we don’t know about because a lot of regions are hard to get to and poorly explored. If this commonly known, wide group of snakes harbors this hidden diversity, what else is out there that we don’t know about? 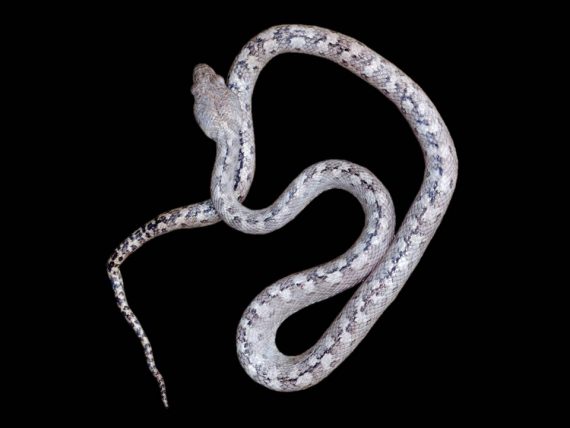 Let’s hope it’s hard enough that unscrupulous hunters don’t find them and the next sighting of the Madagascar ghost snake is along a river in Maine.

Now go finish your peas or … 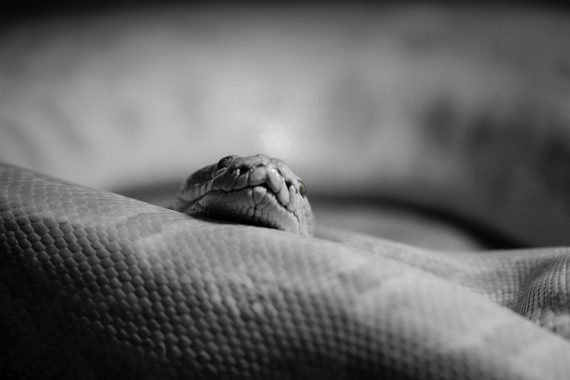 Is a Serial Killer Behind This Rash of Unsolved Killings in Alaska?