Mysterious Maine Snake is an Anaconda

The bad news is, the mysterious snakeskin discovered a few weeks ago along the Presumpscot River in Westbrook, Maine, belongs to an anaconda – one of the largest species of snakes on Earth, capable of growing to 17 feet in length and over 200 pounds in weight, able to swallow small animals whole and squeeze large ones and humans to death or drag them into the water to drown and eat. Oh, and it's still on the loose. The good news is … you don’t live anywhere near Westbrook, Maine.

Discovered on August 20th, the 12-foot-long snakeskin was immediately linked to reported sightings this summer of a large snake in the Westbrook area. It has been allegedly seen so often since June that locals and T-shirt makers have turned it into a summer sensation - naming it Wessie and exaggerating its size and strength to mythical proportions – "head the size of a basketball" (or soccer ball, depending on your favorite sport) is a popular description. 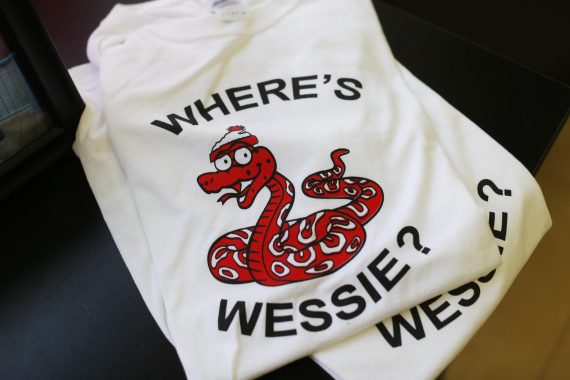 A piece of the snakeskin was sent to John Palcyk, a biologist at the University of Texas at Tyler, who sequenced the skin’s mitochondrial genome and determined it belonged to a green anaconda (Eunectes murinus), the most common member of the species and the one capable of growing the largest.

It was pretty unexpected, I’ll tell you that. This was a one-hundred percent match to an anaconda.

Placyk speculated that it was from a juvenile anaconda (great – a teenage anaconda on the loose with no parental supervision) and was surprised the skin was in such good shape since anacondas normally rub against trees to remove dead skin and shred it to pieces. Is it a prank or real?

It is possible there’s one there, [it] looked pretty fresh.

Placyk sent his data to Jesús Rivas, an anaconda expert at New Mexico Highlands University, who said it appeared to be from a well-cared-for pet snake – not a good thing since it’s illegal to own anacondas in Maine. That means the possible owners will probably not be too helpful in finding their pet, especially if they dumped it because it got too big to handle.

Is there any good news? Yes … winter is coming. If Maine residents and pet dogs and cats can avoid Wessie encounters for a few more months, Maine’s brutal winter will kill the tropical snake which can’t survive in temperatures below 50 degrees F. (Fifty degrees? That’s balmy shorts-and-Wessie-t-shirt weather for most hearty Mainers)

While the possible existence of a slithering monster that may soon be the world’s longest snakesicle is still scary, it’s been good for Westbrook businesses selling souvenirs, snake-inspired craft beers and the like. They know that fright sells more goods than reality. 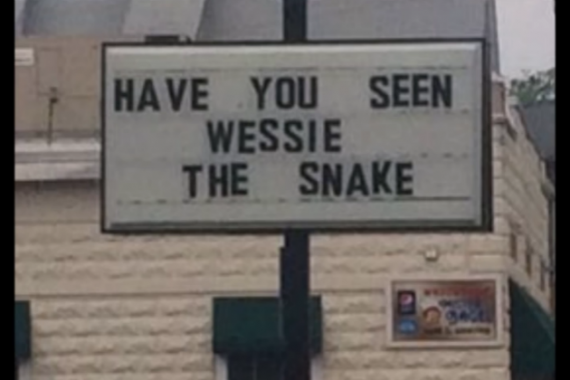