Mysterious Neolithic Stone to be Dug Up, Studied, Reburied

There’s a 42-by-26-foot stone in Scotland that is covered with enough Neolithic circle and cup drawings to make it look like the inspiration for most of the crop circles ever created. Unfortunately, no one – including whoever makes those circles – can see the Concho Stone themselves because this mysterious artwork has been buried for 50 years to protect it from vandals, graffiti defacers and people walking on it. (This is why we can’t have anything nice.) Archeologists have decided to carefully unearth the Concho Stone, analyze and photograph it and then rebury it for its own protection. Is there a word for ‘exciting but sad’? 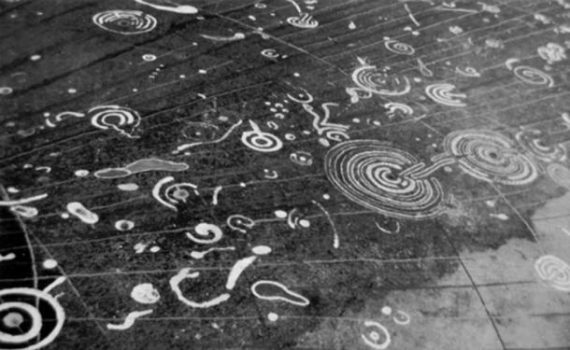 This is the biggest and I would argue one of the most important Neolithic art panels in Europe. The cup and ring marks are extensive but the site just happens to be in the middle of an urban housing scheme in Clydebank … It has been well recorded for archaeological purposes but we now feel the time, and the technology, is right to unearth it and see what new elements we can learn about its history and the people who created it.

Dr. Kenny Brophy, an urban archaeologist at the University of Glasgow, explains why he is leading the project to briefly study the Concho Stone again. The Bronze Age stone – considered by many to be the finest collection of petroglyph carvings in Scotland, if not the world – dates back to 3000 BCE and was discovered on farmland near Clydebank in West Dunbartonshire by the Rev. James Harvey. It was left on display for both experts and the public to study and appreciate.

Unfortunately, “appreciation” for some meant damaging the stone for their own enjoyment. The destruction got worse in the 1960s when a housing development was built near the Concho Stone and archeologists decided the only way to preserve it was to bury it again under several feet of soil. 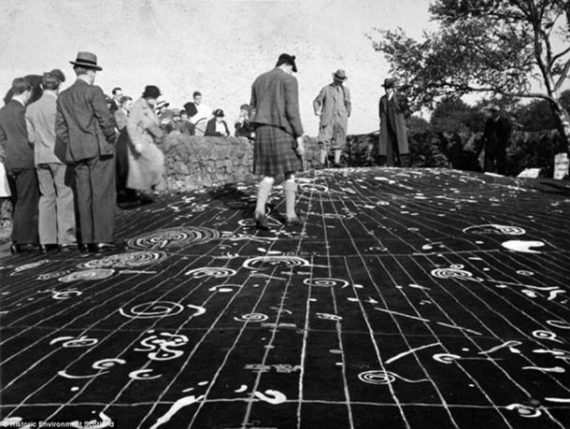 The meanings of the drawing and purpose of the Concho Stone were not determined before its protective interment. It’s speculated it may have been a record of events, artwork symbolizing life and death or a part of a religious ceremonial site. In addition to the cups and rings, carvings on the Concho Stone include a pre-Christian cross inside an oval and two pairs of carved footprints, each foot only having 4 toes. All together now … aliens! 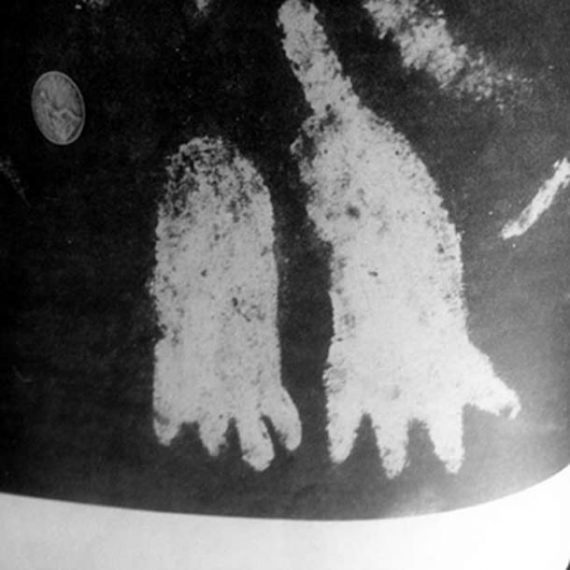 The 3-week exposure of the Concho Stone will begin this week and include extensive 3-D imaging for future studies. This will also help determine which of the carvings are original which were made by vandals.

History researcher Alexander McCallum lists the questions he hopes this study will answer.

Some people think that the Cochno Stone is a map showing the other settlements in the Clyde Valley – that’s one of the theories. I think it was probably used for lots of things; it was never used for just one thing and over hundreds of years it changed use. As far as the symbolism goes, some believe it’s a portal, of life and death, rebirth, a womb and a tomb – people believed in reincarnation, so they would go into the earth and then come out again.

Let’s hope the reincarnation of the Concho Stone answers the questions, including why we can’t have nice things.

The word for 'exciting but sad' is 'bittersweet'. 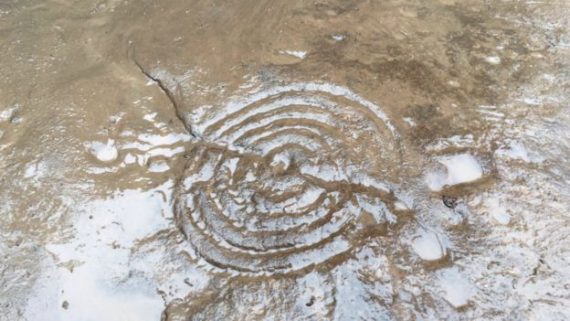 Death on the Beach: This “Horrific” Theory Has Some “Grease” Fans Freaking Out