Astronomers using NASA's Hubble Space Telescope have been able to directly image "surprising" events in which Jupiter's moon, Europa, fires off large, high-altitude plumes of water vapor from beneath its frozen surface. These images are the strongest proof yet that such activities take place on the otherwise frozen moon, and open up the possibility that samples of water could be collected from Europa in the search for extra-terrestrial life. 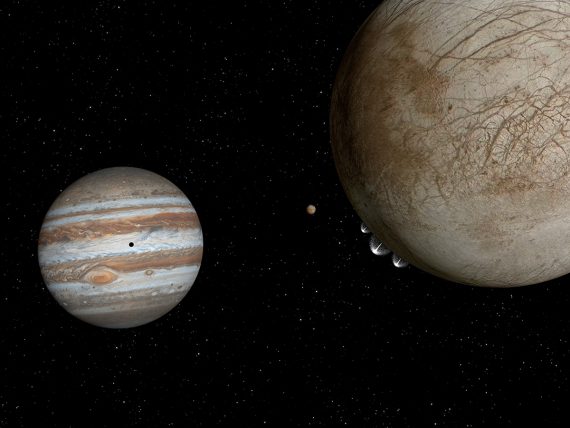 Europa's surface features an icy crust that has an average temperature of −260 °F at the equator, and is believed to be somewhere between 6 and 19 miles thick. But scientists have long held that Europa likely features a subsurface ocean between 43 and 56 miles miles deep. And unlike the oceans of some other planets and moons, this ocean is actually believed to contain water.

In 2012, the first evidence of these subsurface oceans was uncovered; and the new images generated with the use of Hubble bolster these claims.

On 10 separate occurrences over the course of 15 months, a team led by William Sparks of the Space Telescope Science Institute (STScI) in Baltimore observed Europa passing in front of Jupiter. And on three of these occasions, Sparks' team witnessed plumes of water vapor emerging from the moon. 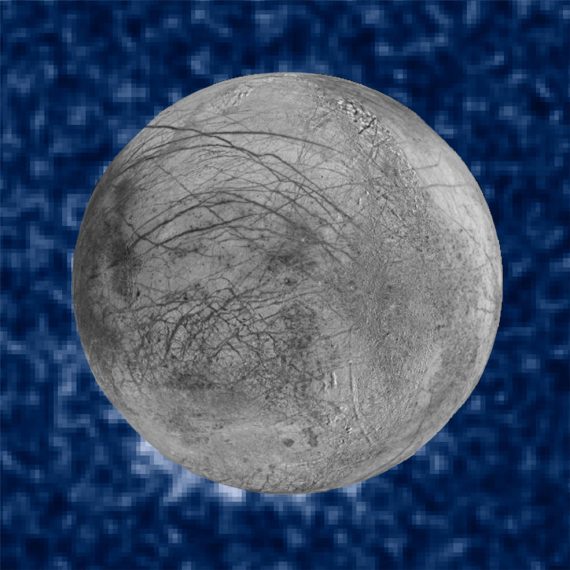 And these plumes are no small feature; the images suggest that the water vapor shoots up to around 125 miles above Europa's surface before crashing back down onto the ice.

Europa’s ocean is considered to be one of the most promising places that could potentially harbor life in the solar system,” said “These plumes, if they do indeed exist, may provide another way to sample Europa’s subsurface. 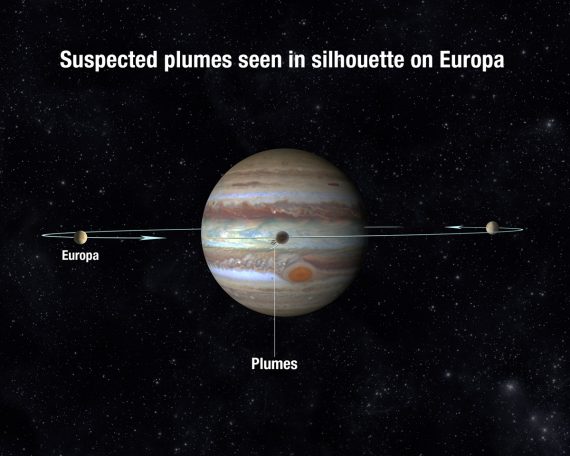 Specifically, it may be possible to collect water from the plumes, rather than drilling through an indeterminate depth of thick ice on a frigid moon in Jupiter's orbit.

So far, there's no specific evidence to support the idea that Europa has some kind of kingdom of squid, dwelling in its dark depths, but the potential of these plumes does generate excitement that life could be discovered on a microbial level; especially as NASA develops plans for missions to Europa in the 2020s.

As NASA's Kevin Hand, a member of the team who studied the images from Hubble, explained:

Are [the images] definitive? No. Are they compelling? Quite. Do we need missions to Europa to find out more about this beautiful little ocean world? Absolutely.