In the Grotte du Renne, a cave that sits within Arcy-sur-Cure in Central France, lay a collection of archaeological remains that have been a subject of dispute since they were uncovered in 1949. Necklaces crafted from tiny beads of animal teeth, shells, and ivory suggested to some that Neanderthals were capable of symbolic expression; while others dismissed such claims, and insisted that the pieces must have been made by co-existing anatomically modern humans (AMH).

But now, new research--in the form of protein analysis--by a large team of academics from across Europe shows that the delicate pieces of jewelry were indeed made by Neanderthals some 40,000 years ago. 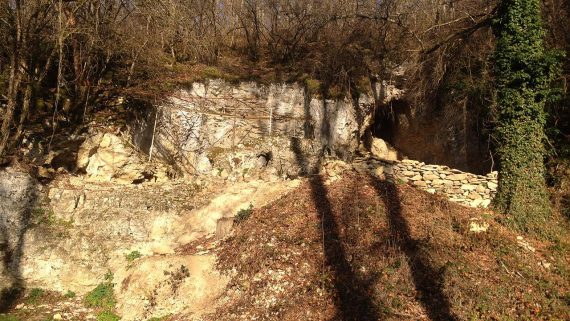 When initially discovered, the necklaces were found alongside delicate bone tools within the same fossil layers as Neanderthals in the Grotte du Renne. But that's when the identification of the origin of the jewelry pieces got a bit messy; around 40,000 years ago, the Neanderthals were on their last legs, and modern humans were on the rise.

So many academics strongly believed that the beaded pieces must have been made by those modern humans, and not our ancient cousins; positing that the fossil layers may have been jumbled up, or that the jewelry was given to Neanderthals by AMHs, given that there is evidence of relationships between the two species. 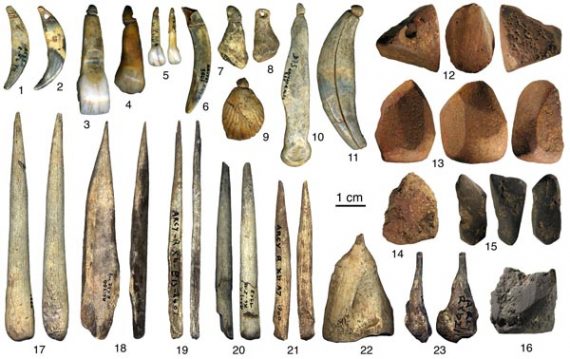 One of the things that could provide some clarity in terms of the origin of the jewelry items was analysis of bone fragments found at the site; but those fragments were far too small for DNA testing. So instead, a team conducted what has been termed a "landmark study" in paleoproteomics--a relatively new field that consists of the study of ancient proteins.

Through chemical analysis of the proteins, the researchers were able to conculsively determine that the subject bone fragment came from a Neanderthal; specifically from an infant that was still breastfeeding when it died. And the team believes that this places ancient remains and ancient artificats in close enough proximity to link the two, and demonstrate that Neanderthals were more sophisticated that we might have believes.

As study co-author Jean-Jacques Hublin, a paeloanthropologist at the Max Planck Institute for Evolutionary Anthropology in Leipzig, Germany told Science:

You can invent all sorts of stories. But the simplest explanation is that this assemblage was made at least in part by Neandertals