If J. R. R. Tolkien were alive today, he might shed a tear when he heard this news. Human teeth have been found on an Indonesian island in a cave where the so-called “hobbit” species – the one-meter-tall Homo floresiensis – once lived. The teeth are slightly younger than the hobbit fossils, lending added credence to the theory that humans were responsible for the extinction of the species. 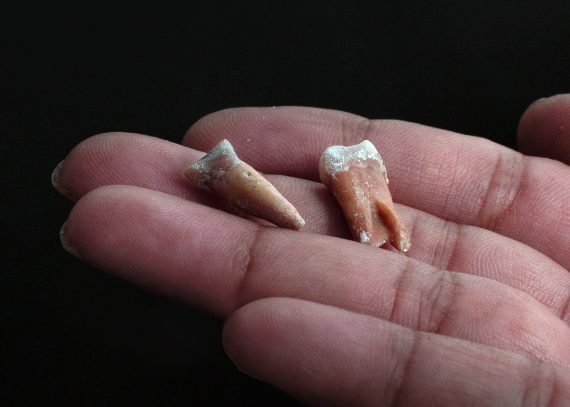 It’s only later on when we made a revision for the chronology of the hobbit, that suddenly these teeth took on a whole new importance because they came from the lowest (and therefore oldest) levels of the dig, immediately above the last of the hobbits.

The discovery of the human teeth was announced by archaeologist Thomas Sutikna and geochronologist Richard Roberts, both from Australia’s University of Wollongong, at the recent annual meeting of the European Society for the study of Human Evolution in Madrid and reported in the journal Nature. The upper premolar and lower molar teeth were found in 2010 and 2011 in Liang Bua, a cave on the Indonesian island of Flores where the Homo floresiensis fossils were first discovered in 2003.

Carbon dating puts the age of the human teeth at around 46,000 years old. New research conducted earlier this year put the date of the hobbits’ extinction at about 50,000 years ago. That’s close enough for government work and close enough to theorize that humans and hobbits may have lived together in the cave and, since only one species survived, that humans may have caused the hobbit extinction. 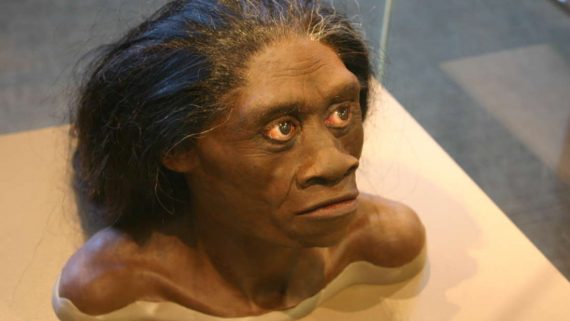 On the other hand, 4,000 years is a pretty big margin-of-error and other archeologists and palaeoanthropologists would like to see stronger evidence that humans and hobbits lived together in the cave, possibly even interbreeding, and that the bigger humans out-hunted and otherwise overwhelmed their little brothers to their fateful end. Some question whether the teeth are from permanent island settlers or were just passing through on their initial transits from Africa to other continents.

To build a better – albeit sadder – case, Sutikna and Roberts will return to Liang Bua in April 2017 to study the layer of cave deposits from 46,000 to 50,000 years ago to search for more human fossils and solid evidence showing who or what killed the hobbits.