Package Warns That Frozen Fish Inside May Come Alive

It’s bad enough that you have to worry about whether the fish you’re eating contains harmful chemicals or dangerous organisms. Then there’s the possibility that the expensive fish on your plate may actually be a cheaper grouper. But none of that tops what frozen fish buyers in Japan have to put up with. Packages of frozen loaches contain the following mysterious warning in the thawing instructions:

On rare occasion the fish may come back to life. 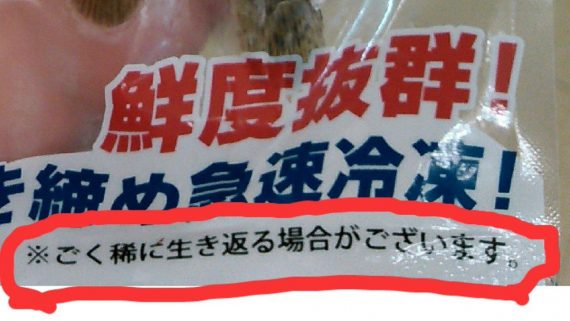 And then what? Crawl out of the pot and flush itself down the toilet to freedom? Knock over the aquarium and release its brothers? Call the rescue squad to revive the fainted fish thawer? The package doesn’t say.

The fish are pond loaches (Misgurnus anguillicaudatus) – the bottom-feeding relatives of a more well-known aquarium species, the clown loach. Pond loaches are a popular food fish in East Asia. They're eel-like, come in various colors and can reach 12 inches in length. As bottom feeders, they’re easy to farm since they’ll consume any kind of organic material. 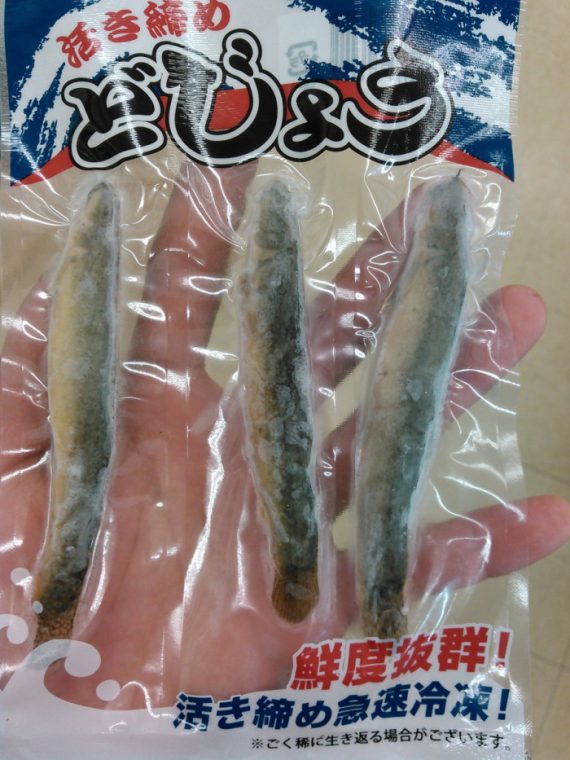 Loaches are also hardy and strange fish. They can live in polluted waters and have a layer of mucous that protects them for short periods of time out of the water. They’re also known as the “weather loach” due to their ability to signal changes in barometric pressure by swimming hysterically or assuming a vertical position. And, as an aquarium fish, they’ve been known to survive in water temperatures as low as 50 degrees F (10 degrees C).

But coming to life after being frozen solid? Commenters on a Twitter feed about the package warning said loaches freeze in ponds over the winter and revive when the spring thaw arrives. But those are just comments and the pond could just be frozen on the surface. Is there any real proof?

A recent video shows a man taking a frozen fish (not identified as a loach) out of a freezer and placing it in a container of water where it appears to thaw and revive. There’s no information on how long the fish was frozen. Ice fishermen often claim that fish they’ve caught and kept on ice for a short time will thaw and come alive. However, we’re talking about frozen fish that were vacuum-packed, transported to a store, put on display, taken home, kept in cold storage and then thawed after someone desperate for food finds them in the bottom of their freezer months after buying them.

Biologists say a fish frozen solid for long periods of time cannot be brought back to life.

So why does the package contain the mysterious warning?

On rare occasion the fish may come back to life.