Recreating the Voice of the Iceman Mummy

He was found in 1991 in the Italian Alps by two German hikers. Since then, he’s been analyzed more than a candidate running for president, with just as many controversies. He’s Otzi, the frozen Italian mummy and we know more about this 5,300-year-old guy than we know about any modern celebrity ... and he’s never even tweeted. About the only thing we don’t is what he sounded like. That changed this week when scientists used his vocal cords to recreate his voice. What did Otzi sound like? Let’s just say, if he were alive today, he’d probably stick to tweeting and texting. 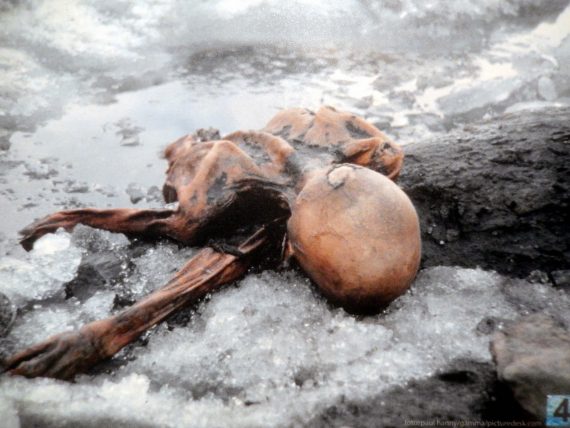 Otzi – AKA the Ice Man – was found frozen and extremely well preserved in the Ötztal Alps. His body, tools, weapons and clothing gave researchers a detailed look at life in 3,300 BC. He had 61 tattoos, his last meals were deer and antelope, he may have smelted his own copper for his ax and he was murdered … killed by an arrow shot into his shoulder. What did Otzi yell when hit by the arrow? 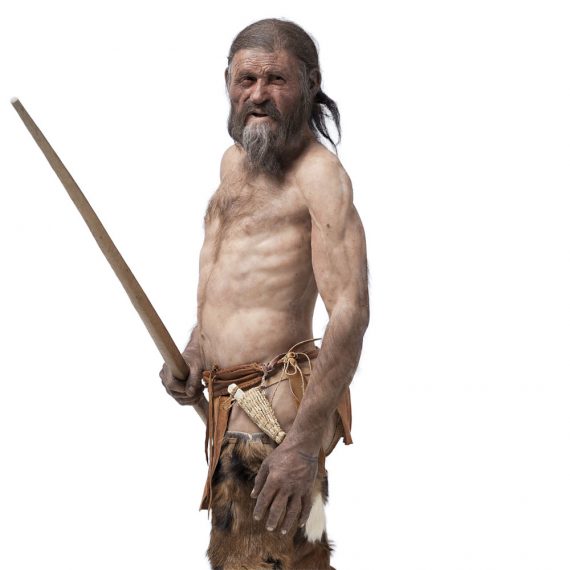 Good question. Like all good questions, there’s a study going on somewhere to find the answer. In this case, the study was conducted by Italian scientists for a presentation at a meeting to celebrate the 25th anniversary of Ötzi’s discovery at the European Research Academy (EURAC) Institute for Mummies and the Iceman in Bolzano. They were hoping he might give a keynote address, but recreating Otzi’s voice proved harder than they anticipated.

But with two measurements, the length of both the vocal tract and the vocal cords, we have been able to recreate a fairly reliable approximation of the mummy's voice. This is a starting point for further research.

Rolando Füstös, chief of the otolaryngologist department at Bolzano's General Hospital in Italy, says the researchers had to use CT scans because MRI scans would have damaged the mummy’s delicate tissue. Also, Otzi’s arm covers his throat and his hydroid (tongue) bone was “partially absorbed and dislocated.” 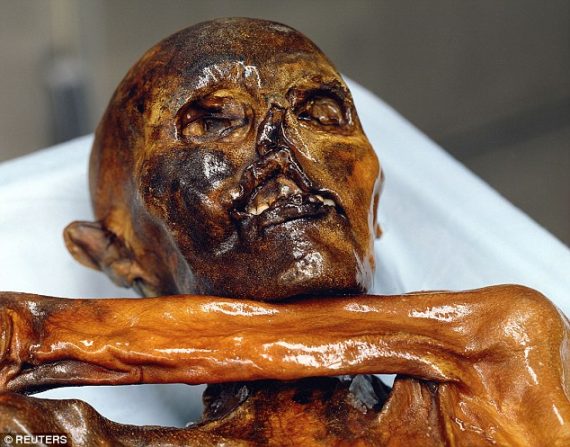 Since they couldn’t touch the vocal cords to measure their tension or feel the throat tissue, the team modeled Otzi’s throat anatomy and large head and determined his voice had a frequency between 100 and 150 Hz – not much different than the modern male.

So what did Otzi have to say? Did he curse the guy who shot him? Point out his favorite tattoo? Ask for deer instead of chicken at the conference dinner?

Unfortunately, the researchers don’t know what language he spoke, so Otzi’s utterances were limited to the ohs, oohs and ahs of vowel sounds. They’re hoping to refine the model and have him making consonant sounds soon.

Once they get Otzi talking, will they need another model to shut him up?