Nessie gets all of the attention due to the massive public relations and tourism machine that drives the Loch Ness Monster to great heights of fame despite there being no clear photos, skeletons, half-eaten leftover dinners or even any agreement on what it exactly is or was. That’s not the case with the Storr Lochs Monster, which had a proven identity and a complete set of fossilized remains. Unfortunately, they've been completely encased in stone for millions of years, including the last 50 since it was discovered.

That’s no longer the case. The National Museums Scotland, the University of Edinburg and the energy company SSE successfully released a Jurassic-era sea monster known as an ichthyosaur from the stone prison it was found in near SSE’s Storr Lochs power station on the Isle of Skye in 1966 by then station manager Norrie Gillies. Gillies contacted the Royal Scottish Museum, which sent a team to remove the entire rock the 170-million-year-old fossil was in. They determined it was sedimentary stone from lava flows on the Isle of Skye during the Paleocene Era, about 60 million years ago.

The museum lacked the tools, expertise and, most of all, money to remove the ichthyosaur fossil so the remains remained in the stone until recently when Allan Gillies, Norrie’s son and also an SSE employee, convinced the company to fund the project in his late father’s honor. 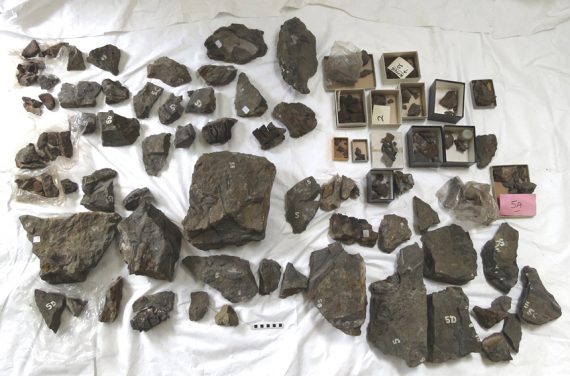 The four-meter-long (13 feet) monster with a long, narrow mouth filled with hundreds of sharp teeth, was carefully removed in about 140 pieces and then reassembled into its original skeletal shape. Palaeontologist Steve Brusatte of the University of Edinburgh's School of Geosciences was part of the team and describes what will soon be on display at the museum.

It is spectacular. … this skeleton is the most complete fossil of a sea reptile ever found in Scotland. 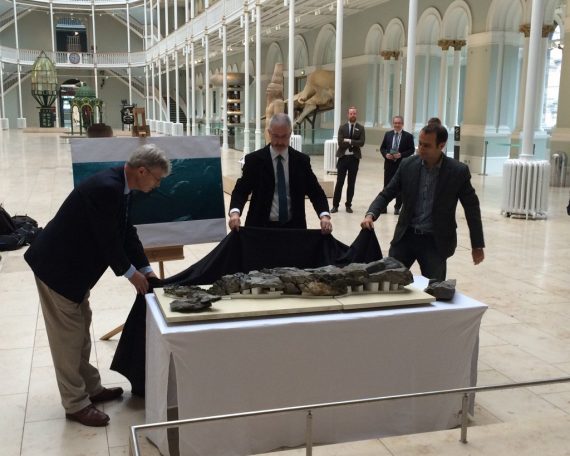 What about the Loch Ness Monster? If Brusatte has his way, this real sea monster will replace Nessie as the true symbol of Scotland’s prehistoric might.

People don't realize that REAL sea monsters used to exist. They were bigger, scarier and more fascinating than the myth of Nessie. The new fossil is one of them. It actually lived in Scotland 170 million years ago!

Now all the Storr Lochs Monster needs is a good PR firm and a clever logo.

Video Shows Tasmanian Tiger May Be Alive in Adelaide