Search for the Fourth Circle of the Hurlers on Bodmin Moor

Many people forget that there are other stone circles in the United Kingdom besides Stonehenge. Because of that, an area of east Cornwall known as Bodmin Moor is remembered more for its ‘beast’ – a possible alien big cat hiding in its hills – than for its more interesting feature. That would be The Hurlers of Bodmin Moor – a set of three stone Neolithic circles dating back to 1500 BCE that may soon be joined by a fourth.

The unusual name comes from a local legend that a group of Cornwall men were playing hurlers on the Sabbath and were turned to stone as punishment. “Hurlers” is a uniquely Cornwall ball game – not to be confused with Irish game of hurling – of Celtic origin that is still played by a few hurlers (not on the Sabbath) today. The rules are complicated but the incentive to learn and play probably comes from the Silver Beer which is drunk after the match from a jug with the game’s silver ball immersed in it.

Beer may also have been involved in creating the legend and the naming of the stone circles, which were first mentioned in 16th century writings. The line of circles is located on the southern edge of Bodmin Moor next to two standing stones called Pipers – named for the two guys playing pipes during the infamous Sabbath game who were also turned to the stone. There’s also a legend that it’s impossible to count the number of standing stones – especially after a few rounds of Silver Beer. 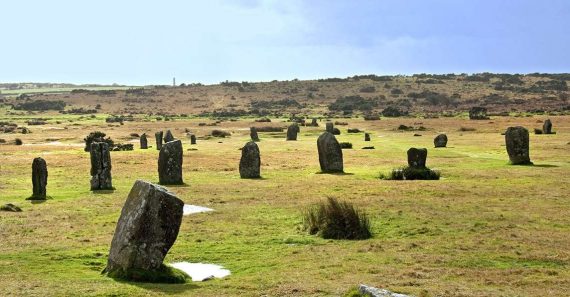 The site was excavated in the 1930s, revealing three stone circles in a line from SSW to NNE measuring 35 meters (115 ft), 42 meters (138 ft) and 33 meters (108 ft) in diameter. Only a portion of the stones are standing, some are missing and debate about their original placements continues. In 2009, a survey by the Cornwall Archeological Unit found evidence there might be a fourth circle of Hurlers and two stone rows (possibly a piper marching band?). 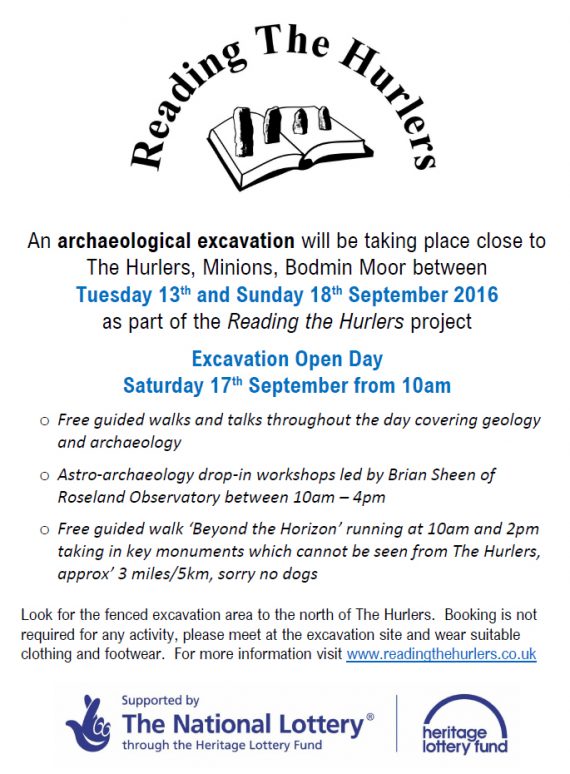 That brings us to the current excavation. A team of professional and volunteer archeologists, funded by the Reading the Hurlers project, are looking for the fourth circle. They’re hoping its discovery will shed light on the original purpose of the stone circles and what determined their alignment. 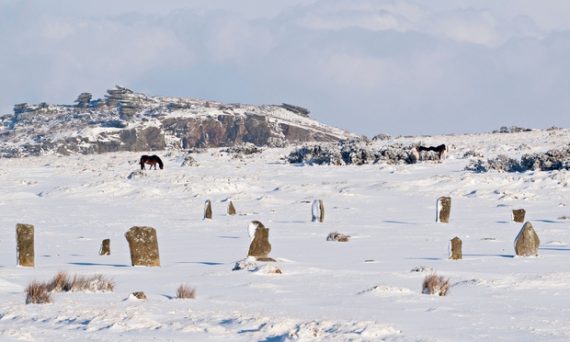 According to archaeologist Emma Stockley, this is a chance for anyone interested in the history of the site to become involved.

This is a unique opportunity to expand on our knowledge of this fantastic site and involve volunteers from all walks of life.

Project geologist Calum Beeson says it’s not just about the Hurlers of Bodmin Moor but also about people who erected them.

To complement the archaeology, we are exploring how geology was intrinsic to the lives and culture of the Bronze Age people.

Not to mention the ones who came up with the great idea for Silver Beer.