The time has come for NASA to send a condom to space.

That’s the message of the Swedish Association for Sexuality Education (RFSU) which has set up an online petition to convince NASA that sex between humans and space aliens is inevitable (many say it’s happening already) so both parties should practice safe sex with what it calls one of “the most important inventions of all time.” That would be the condom, or as RFSU wants this version to be called, the “Swedish Space Condom.” 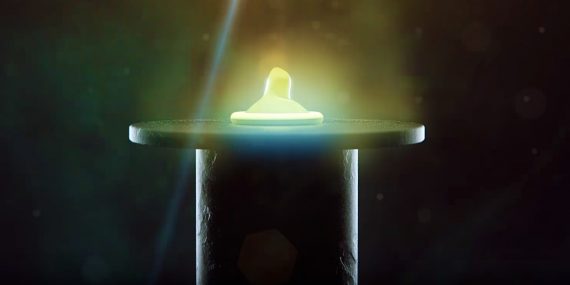 As anyone who keeps up on alien abduction stories knows, “probing” is often more than just scientific or medical. There are many reports of alleged close encounters of the sexual kind and births of human/alien hybrids. The Hybrid Children Community has a website and meetings for mothers of hybrids to get together and share stories and pictures. Some of these relations are initiated by humans, as the woman who claimed she had sex with a being from Proxima Centauri b explained.

RFSU doesn’t want the sex to stop … it just wants it to be safe. It doesn’t go into detail on how the condoms will get into the hands or other appendages of the aliens (that’s for NASA to figure out) and it admits that alien junk may not be suitable for condoms (more than just “It’s too small” and “I can’t feel anything”) since:

We can’t be sure what alien sex organs look like. 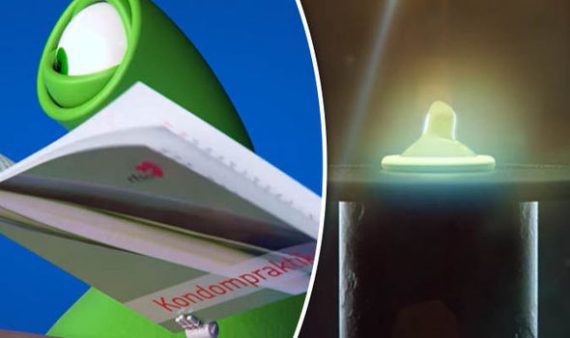 Nor can we be sure that aliens have any self-control, especially if they “find some hot earthlings.” The mothers who run the Hybrid Children Community prove this point.

RFSU created a video and a web site to solicit support for their project. While this is a somewhat tongue-in-cheek (do aliens have tongues … or cheeks?) way to promote safe sex between humans, they note that the condom is a good way to introduce aliens to the most important aspect of human behavior.

What do you think? Good idea or waste of rocket fuel?

If you have unprotected sex with one space alien, does it mean you’ve had sex with the entire universe? Asking for a friend.