The Alien Signal That Wasn’t: What We Learned From the Latest ‘Wow’ Signal

Apologies for use of the terribly blasé meme, but it seems entirely appropriate at the moment, considering how a controversial discovery in recent weeks had many astronomer's hair standing on end... before it fell flat.

The story about a new "wow signal" of possible alien origin first appeared on the Centauri Dreams blog only days ago, which cautiously approached the idea that this signal might prove to be of interest:

An international team of researchers has announced the detection of “a strong signal in the direction of HD164595” in a document now being circulated through contact person Alexander Panov. The detection was made with the RATAN-600 radio telescope in Zelenchukskaya, in the Karachay–Cherkess Republic of Russia, not far from the border with Georgia in the Caucasus.

"No one is claiming that this is the work of an extraterrestrial civilization," blogger Paul Gilster wrote at the time, "but it is certainly worth further study." 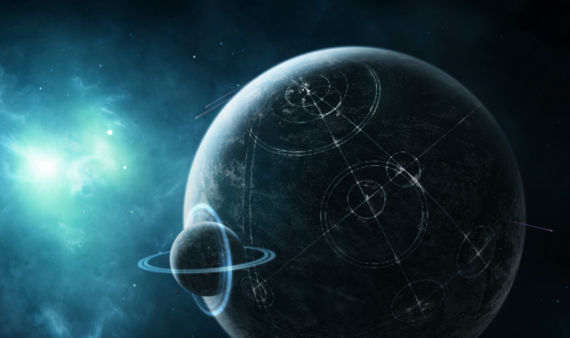 Within a few days, the astronomy community was buzzing, and mainstream sites including Space.com had featured the story under the headline, "SETI Team Investigating Mysterious Signal from Star 94 Light-Years Away".

However, what began as an exciting possibility turned out to be just another false alarm. On Wednesday, Science Alert reported that, "Researchers working with the Ratan-600 radio telescope in Russia have confirmed that the reported 'strange signal' that's been making headlines lately is nothing more than a terrestrial disturbance caused by a Soviet satellite."

Although the story ended up being resolved due to terrestrial causes, it has nonetheless spurred some interesting debate, much of which I've shared in my own personal correspondence with members of the astronomy community. A friend of mine named Jade, an astrobiology student in Washington, became aware of the buzz the story was generating in its early stages, and reached out to me with the story days before it managed to lift off from Centauri Dreams and into the frontiers of the mainstream. Along with the story, she offered some compelling speculative ideas about how aliens might eventually reach out to us, as well as a few words of caution:

"SETI has had many candidate signals which did not survive re-observation, Most notably the 1977 'Wow!' signal detected at Ohio State University's 'Big Ear' radiotelescope. So while the chances that this signal persists and is confirmed as the product of extraterrestrial intelligence is quite low (based on previous history) there is a non-zero chance that perhaps we might learn we have neighbors not even 100 light years away. 'Tabby's Star' by comparison is 1,500 light years away."

Nonetheless, if such a discovery were to have occurred, the star in question, HD164595, is within 100 light years of us, has a mass of 0.99 that of our own Sun, and is known to have a planet roughly half the mass of Jupiter, and perhaps even its own planetary system.

Jade further stressed that, "The system is 6.3 billion years old. Compared to our solar system which is 4.5 billion years old, if life arose on some planet in the HD 164595 system and took roughly the same amount of time as it took life to start on Earth then such life could have had almost a 2 billion year head start and may have evolved to produce something more advanced than us."

Of course, what this also means is that if we were to receive a legitimate 'Wow' signal today, the signal, if not sent randomly (which would seem unlikely, given certain limits present within radio astronomy) would have emanated from an alien civilization which became appraised of our existence before the invention of technologies that could receive and interpret the signal. Specifically, the apparatus the prospective alien civilization used to "spot us" here on Earth would have to have existed on their end by around the middle 1920s, though what they were seeing would be representative of Earth nearly a century earlier).

In other words, any “beacon” they would have spotted wouldn’t have had any relation to the eventual technological infrastructure needed here on Earth to be able to detect the resulting alien signal. That signal, of course, would only have arrived just now... and that's if said signal were proven to be a valid, intelligent communication at all. Hence, while there may be no way the aliens in question could have known whether we had the technology required to detect a radio signal sent through space, the gamble on their part would have paid off… thanks to the rate of technological advancement here on our planet.

Based on a prospective telescopic array proposed by Seth Shostak, Jade speculated that it might be possible for large physical structures that existed on Earth by around the 1820s to have served as the sort of "beacon" in question, suggesting a site like the Citadelle Laferrière in Haiti, constructed in 1820, might have been large enough that an advanced alien civilization could have seen it a century ago (remember, light from the Earth of 1820 would have required roughly 95 years to travel the distance between us and HD 164595, and if a message were sent in response to what our alien friends might have considered, at very least, an "anomaly", it would have required roughly another 95 years for that signal to get back to us).

Then again, there are problems with this scenario as well. A friend of mine in the aerospace industry (who prefers to maintain anonymity) wrote to me in response to the general theory outlined above, offering the following rebuttal:

"I think it wishful thinking that aliens would have the giant telescopes needed to look at our planet in the kind of detail to see structures.  Perhaps using gravitational lenses though... Any voyeuristic aliens would likely have sent probes out if they had taken the time and effort to look for them via telescopes and such."

My friend cited Von R. Eshleman's 1979 Science article, "Gravitational lens of the sun: its potential for observations and communications over interstellar distances," among others, which supported the idea of using the sun as a gravitational lens. Shifting over to the subject of directed radar beam technologies, he expressed similar frustrations over the limits of such technology, at least at present:

"Directed radar beams are a different question and really a mute point, although the SETI folk love them.  Those are randomly pointed.  If you are sitting on Earth and pointing a non-diverging beam (laser or radar) into space, you have to be super lucky to catch the beam signal in your alien massive dish or telescope. Remember that the Earth is rotating and moving around the Sun and around the galaxy. The alien's detector/telescope is doing the same thing.

So what do we learn from all this debate and discussion? Obviously, it does seem that there are a few likelihoods about our current SETI programs we must face. Chief among these is the likelihood that our current technologies may not be developed enough that we would be able to utilize radioastronomy affectively to receive communications from advanced alien civilizations. In equal measure, there is the likelihood that our alien brethren elsewhere in the universe would probably be aiming to develop far more advanced technologies, which could more efficiently achieve such communications.

There are other possibilities too, although the speculative nature of the discussion from here on does border science fiction (which, to me, is just fine... a little healthy speculation is useful in terms of generating "outside the box" ideas, which may help us find new approaches to solving old problems). Nonetheless, if we are ever to find alien life by the traditional notion of "contact" through use of communications technologies, we may yet have a few years to go before we're really in a position to gain the most from what our alien neighbors have to offer.