The Strange Saga of a Monstrous Mimic

According to numerous accounts, there existed in the Caribbean of the 19th century curious, crested, snake-like creatures that instilled fear in all that encountered them. One such account came from the following source: A Victorian naturalist named Phillip Henry Gosse. He revealed how, during the course of his research, he uncovered details of the weird story. It all occurred when Gosse spent time roaming the area, between 1845 and 1846. From a respected medical man, said Gosse, came a fascinating story. In Gosse’s words:

"He had seen, in 1829, a serpent about four feet in length, but of unwonted thickness, dull ochre in color with well-defined dark spots, having on its head a sort of pyramidal helmet, somewhat lobed at the summit, of a pale red hue. The animal, however, was dead, and decomposition was already setting in." Reportedly, it made "...a noise, not unlike the crowing of a cock, and being addicted to preying on poultry."

Gosse had a friend named Richard Hill, who had also heard of this odd beast, from a Spanish acquaintance on Hispaniola. Those in the know said that it lurked in the eastern regions of the island, in what is now the Dominican Republic. Gosse said of Hill:

"My friend’s Spanish informant had seen the serpent with mandibles like a bird, with a cock’s nest, with scarlet lobes or wattles; and he described its habits – perhaps from common fame rather than personal observation – as a frequenter of hen-roosts, into which it would thrust its head, and deceive the young chickens by its imitative physiognomy, and its attempts to crow." 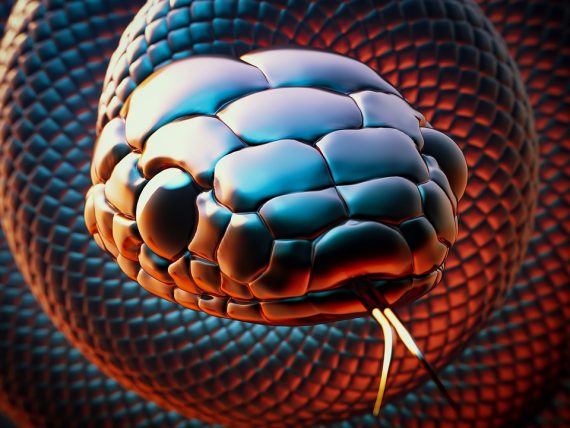 A further account reached Gosse from a Jamaican man, Jasper Cargill. Gosse recorded of his meetings with Cargill that, "...when visiting Skibo, in St. George, an estate of his father’s, in descending the mountain-road, his attention was drawn to a snake of dark hue, that erected itself from some fragments of limestone rock that lay about. It was about four feet long and unusually thick bodied. His surprise was greatly increased on perceiving that it was crested, and that from the far side of its cheeks depended some red colored flaps, like gills or wattles. After gazing at him intently for some time, with its head well erect, it drew itself in, and disappeared among the fragmentary rocks."

Rather notably, Cargill’s son managed to shoot and kill just such a beast a few years later. Back to Grosse, who noted of this development: "Some youngsters of the town came running to tell me of a curious snake, unlike any snake they had ever seen before, which young Cargill had shot, when out for a day’s sport in the woodlands of a neighbor. They described it as a serpent in all respects, but with a very curious shaped head, with wattles on each side of its jaws. After taking it in hand and looking at it, they placed it in a hollow tree, intending to return for it when they should be coming home, but they had strolled from the place so far that it was inconvenient to retrace their steps when wearied with rambling." 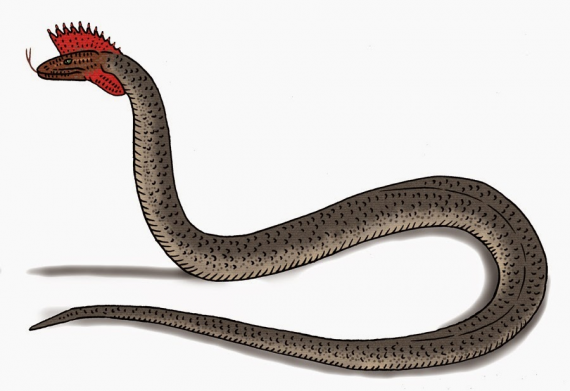 When the lads returned the following day, however, the snake-thing was gone, presumably taken by a hungry scavenger. The stories were far from over, however. Grosse also recorded the experience of a man named Ulick Ramsay who, "...had seen in the hand of the barrack-master at the barracks of a Spanish town, a curious snake, which he, too, had shot among the rocks of a little line of eminences near the railway, about two miles out, called Craigallechie. It was a serpent with a curious shaped head, and projections on each side, which he likened to the fins of an eel, but said were close up to the jaws."

Today, the true identity of the crested snake that apparently had the ability to mimic chickens remains the downright enigma it was back then.